POTEAU (KFSM) — In 2015, Poteau Police Officer Jody Thompson said he was pulling into the parking lot of work when a call of child abuse went out. “... 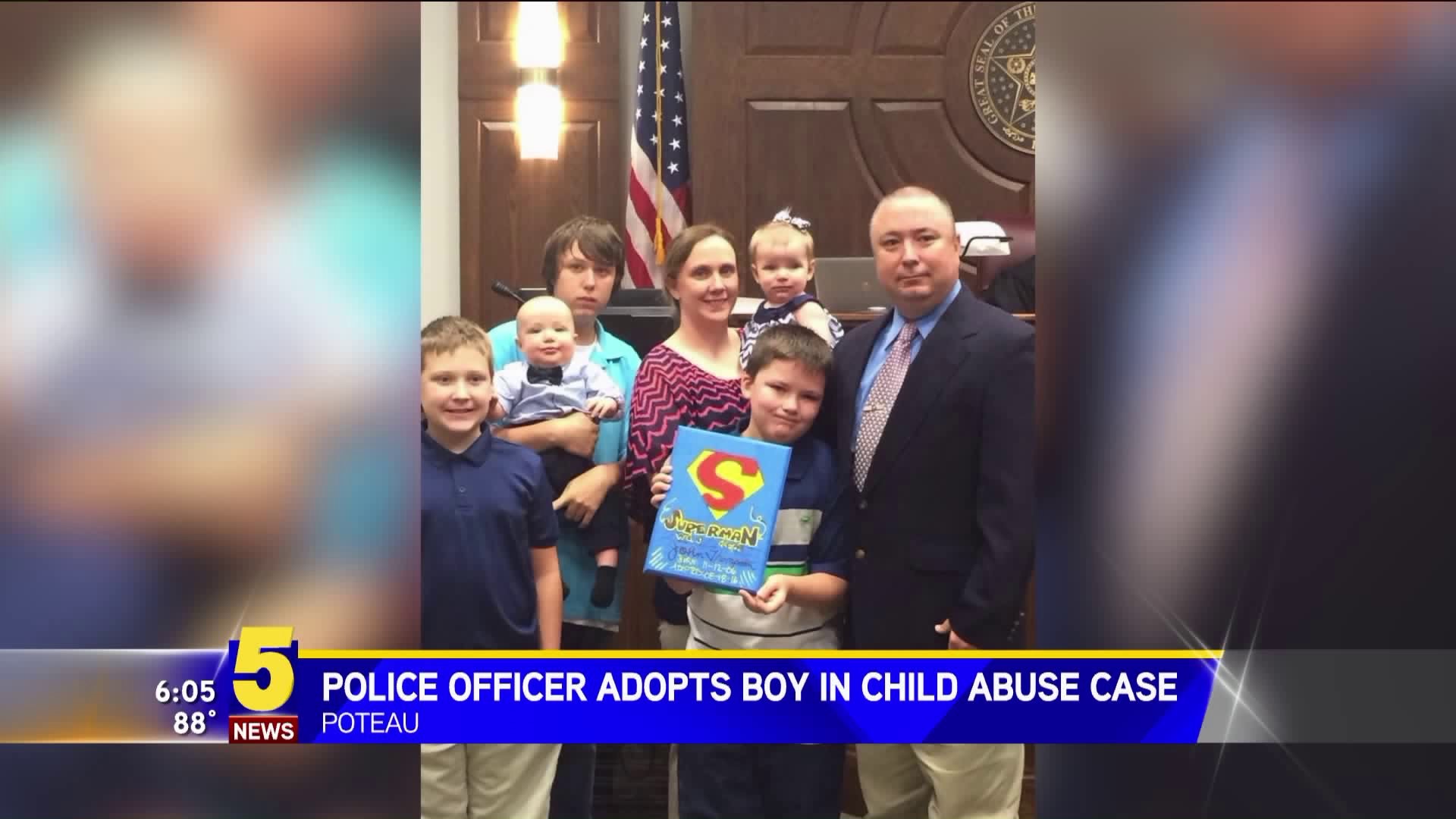 POTEAU (KFSM) -- In 2015, Poteau Police Officer Jody Thompson said he was pulling into the parking lot of work when a call of child abuse went out.

"I thought I would respond to the call with on duty officers to see if I could give any kind of assistance," Thompson said.

It was at that moment when Thompson arrived that he met his future son. He responded with quite a bit of emotion when asked at what point he knew he would never leave the then 8-year-old's side.

"Based on some of the case facts, when we found him he was bound by his hands and feet with rope and had been submerged in a trash can, held in the shower," Fruen said. "They weren't feeding him. He didn't have much to eat. I think what he did get to eat he got at school. Bruises, he was covered in bruises from head to toe."

Investigators said the little boy was taken to the hospital by officer Thompson, who stayed by his side while recovering in the intensive care unit.

"And the rest is kind of history," Thompson said.

"He means everything in the world that we live in. He's the strongest person I've ever met. He means the world," Thompson said.

John Thompson is a straight A student and in the gifted and talented program at his school, his dad says.

When asked what his dad means to him, John Thompson responded quickly and assertively.

"He was helpful to me. He's the reason why I'm here right now," John Thompson said.

The Thompson's story doesn't end there. While going through the process of adoption with John, they learned John's biological mom gave birth to a baby girl in jail. The Thompson's took her in as well.

"We picked her up at the hospital. She was barely 24 hours old and we brought her home," Thompson said.

Fruen said his officer sets a standard for care and compassion in law enforcement.

"All of us can sit back and say we would do the same in that situation, but to come through with it and to do that, that's a measure of a man - and a very good police officer," Fruen said.