AUSTIN, Texas (KFSM) — A Poteau, Oklahoma, man was killed in a motorcycle accident in Austin, Texas, Wednesday night, according to a family member. Cpl. Chad Ma... 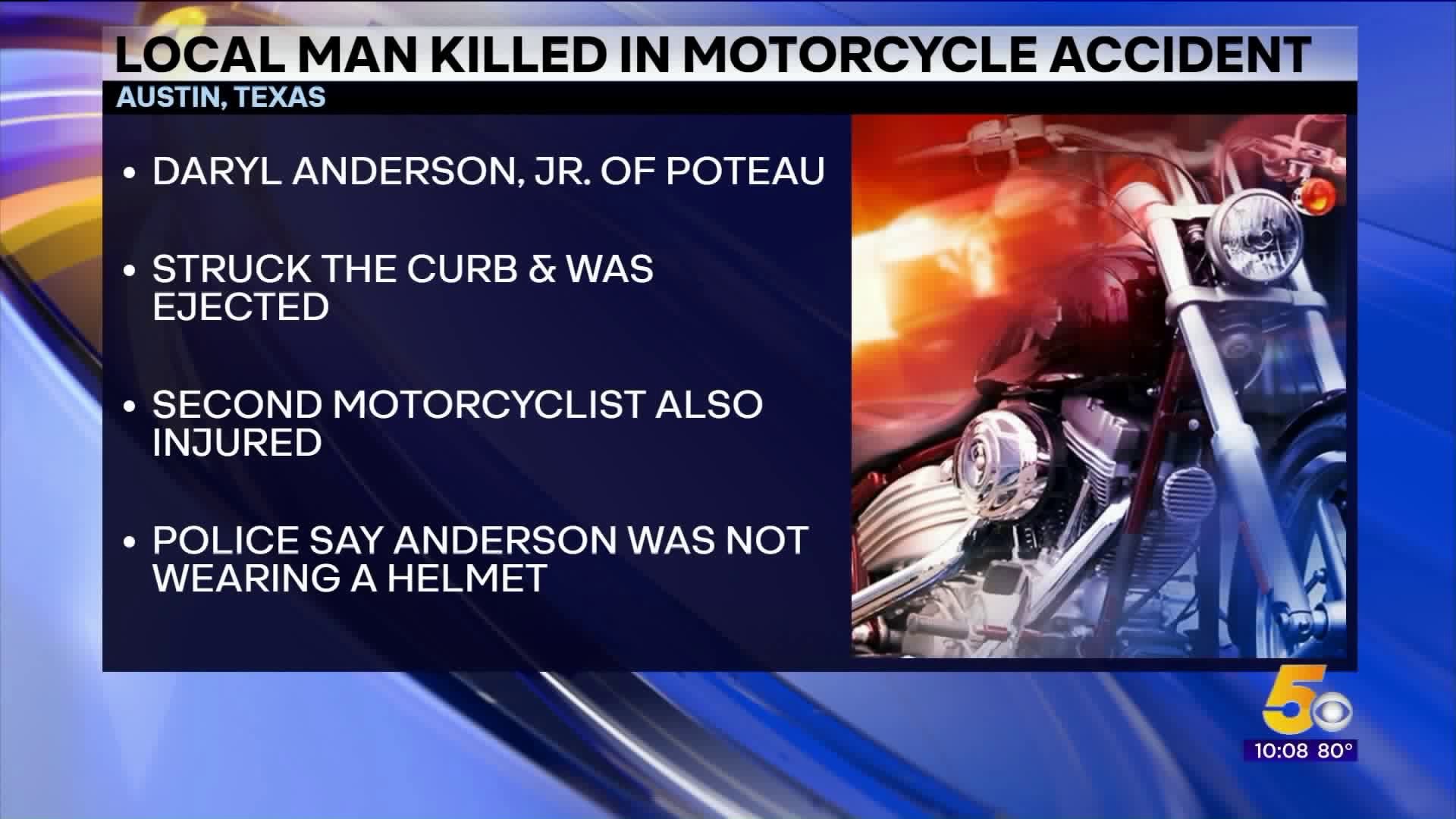 AUSTIN, Texas (KFSM) — A Poteau, Oklahoma, man was killed in a motorcycle accident in Austin, Texas, Wednesday night, according to a family member.

Cpl. Chad Martinka with the Austin Police Department said officers responded to a motorcycle crash about 7:26 p.m. in the 6600 block of E. Howard Lane on Wednesday night (Aug. 7).

Police found two motorcycles had crashed. One person had life-threatening injuries, and a second person was deceased, Martinka said.

A family member confirmed to 5NEWS that the person killed was Daryl Anderson Jr. of Poteau.

The driver from the first motorcycle, who Martinka described as a white male about 35-36 years of age, was pronounced dead from injuries he received in the crash.

Martinka said the crash is still under investigation, and it's unknown if alcohol or speed are factors in the crash. He said it was still daylight when the accident occurred, so darkness wasn't a factor.

Martinka said Anderson was not wearing a helmet, but the other crash victim was.

The second crash victim and the third motorcycle rider were not named.