POTEAU, Okla. (KFSM) — Poteau Police are asking people to avoid the Highway 59 Bypass as they work an accident involving a semi and a dump truck, both of which ... 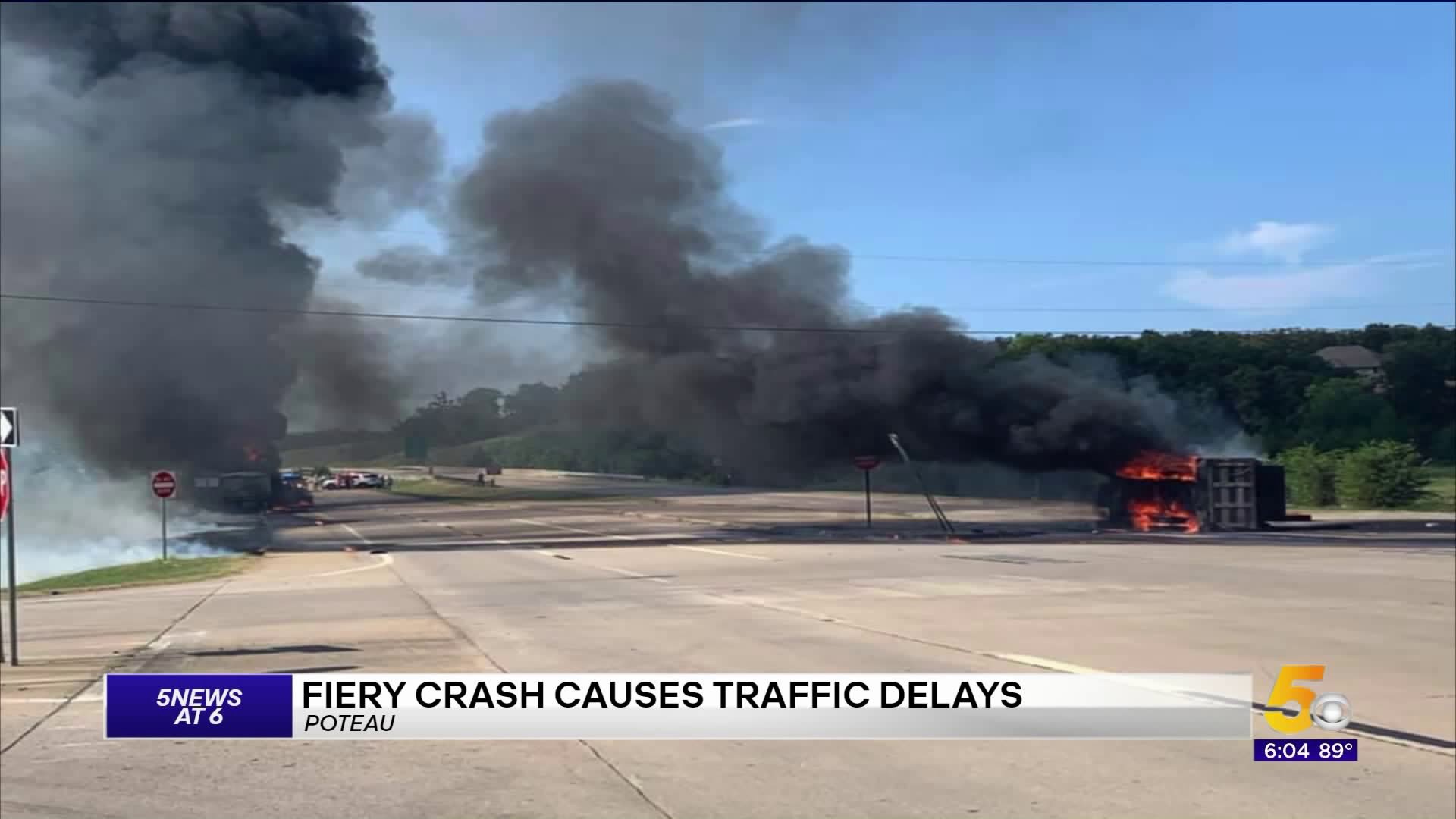 POTEAU, Okla. (KFSM) — Poteau Police are asking people to avoid the Highway 59 Bypass as they work an accident involving a semi and a dump truck, both of which caught fire.

The accident is completely blocking the southbound lanes of the bypass, but police are asking drivers in both directions to avoid the area.

According to Poteau Police, A 2005 Peterbilt semi-truck driven by Gregory Phillips, 51, of Poteau, and a Freightliner Dump Truck driven by Perry Davis, 60, of Bokoshe, were traveling southbound on the Highway 59 bypass.

As they approached Pleasant Valley Road, the dump truck changed lanes to avoid traffic, but as traffic slowed in that lane, Davis attempted to change lanes back into the outside lane, where he collided with the semi.

Both vehicles caught fire, burning grass and roadway, as well. Both vehicles burned completely and were total losses.

Logan Curtis said he was topping a hill while driving on the bypass when he witnessed the collision.

"I witnessed one 18-wheeler lose control, leave a trail of fire, and run off the road," Curtis told 5NEWS. "There was a lot of smoke, but after the smoke died down, I saw that there was another large vehicle sideways in the road.

"I called 911 immediately after I witnessed the accident and the paramedics, police and fire department all got to the scene incredibly fast," Curtis said.

The bypass remained closed as of noon, and it was not certain when it would reopen.