Poll: Most Arkansans Not Yet Sold On Sanders Gubernatorial Run

(KFSM) — Since Sarah Huckabee Sanders’ resignation as White House Press Secretary, there has been buzz about a potential gubernatorial run. But so far, Ar... 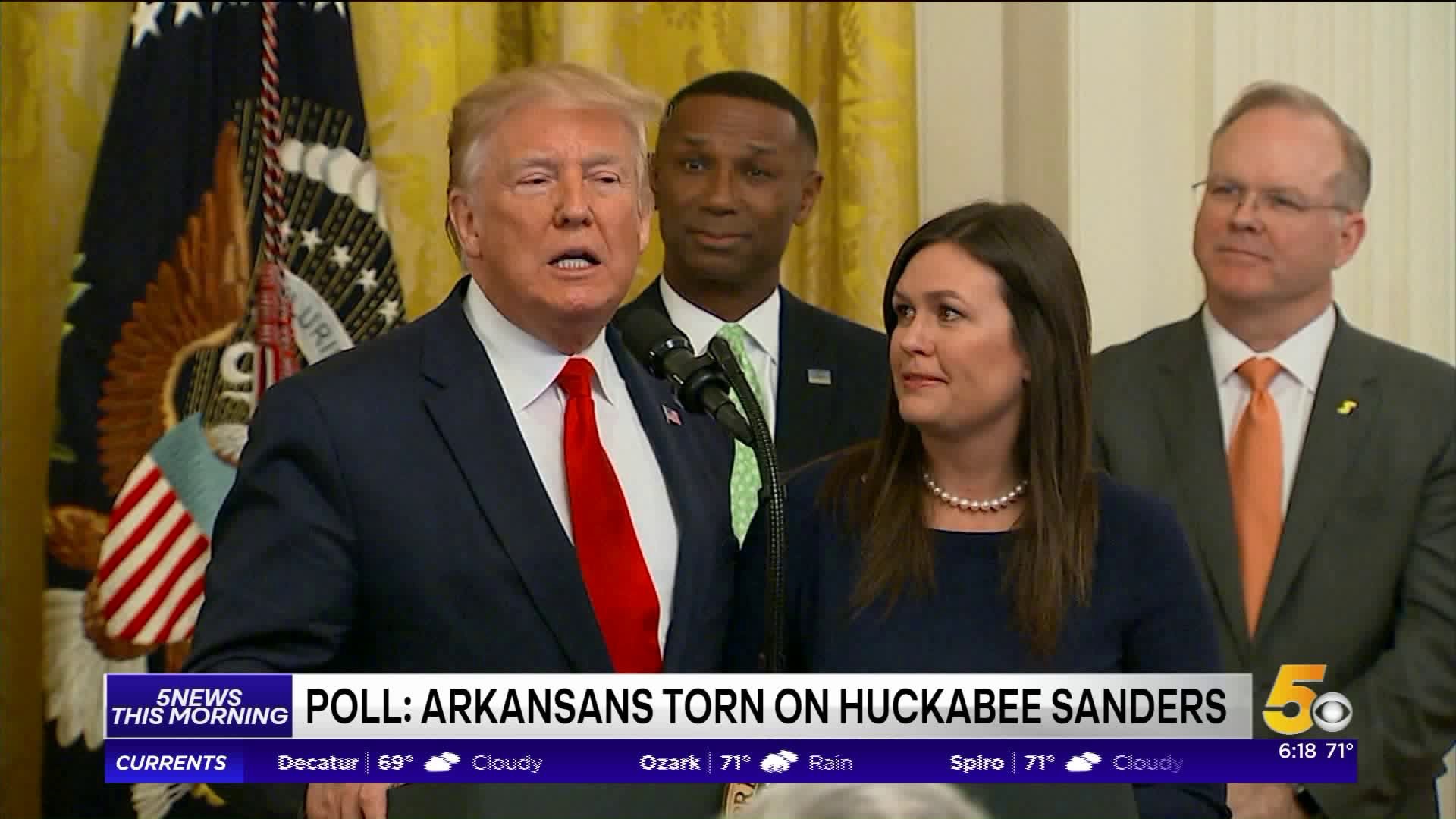 (KFSM) — Since Sarah Huckabee Sanders' resignation as White House Press Secretary, there has been buzz about a potential gubernatorial run. But so far, Arkansans are divided on the possibility.

Sanders resigned from her position in June to return home to the Natural State. She grew up in Arkansas, and her father, Mike Huckabee, is a former governor.

During her resignation announcement, President Donald Trump suggested that she run for governor in 2022.

However, many residents in the state aren’t sure if Sanders is right for the job.

According to a poll conducted by our partners at the Northwest Arkansas Business Journal, 37.5% of people think Sanders would be good for Arkansas, 40% think it’s a bad idea and 22.5% are undecided on how they feel about Sanders as governor.

“That poll was kind of split down the middle, too, as you can imagine," said Paul Gatling with the Business Journal. "Most Republicans thought that was a good idea. Most Democrats thought that wasn't such a good idea. So, it was about 46-48 percent that thought it would be a good idea if she would return to Arkansas and run for governor.”

Sanders hasn’t announced that she will run yet, but no matter the candidates you won’t find Governor Asa Hutchinson’s name on the ballot. He is term limited and won’t seek re-election.