Bentonville police say a kidnapping and murder plot was foiled Saturday after the victim gave a note to a Walmart employee saying she was being kidnapped by two... 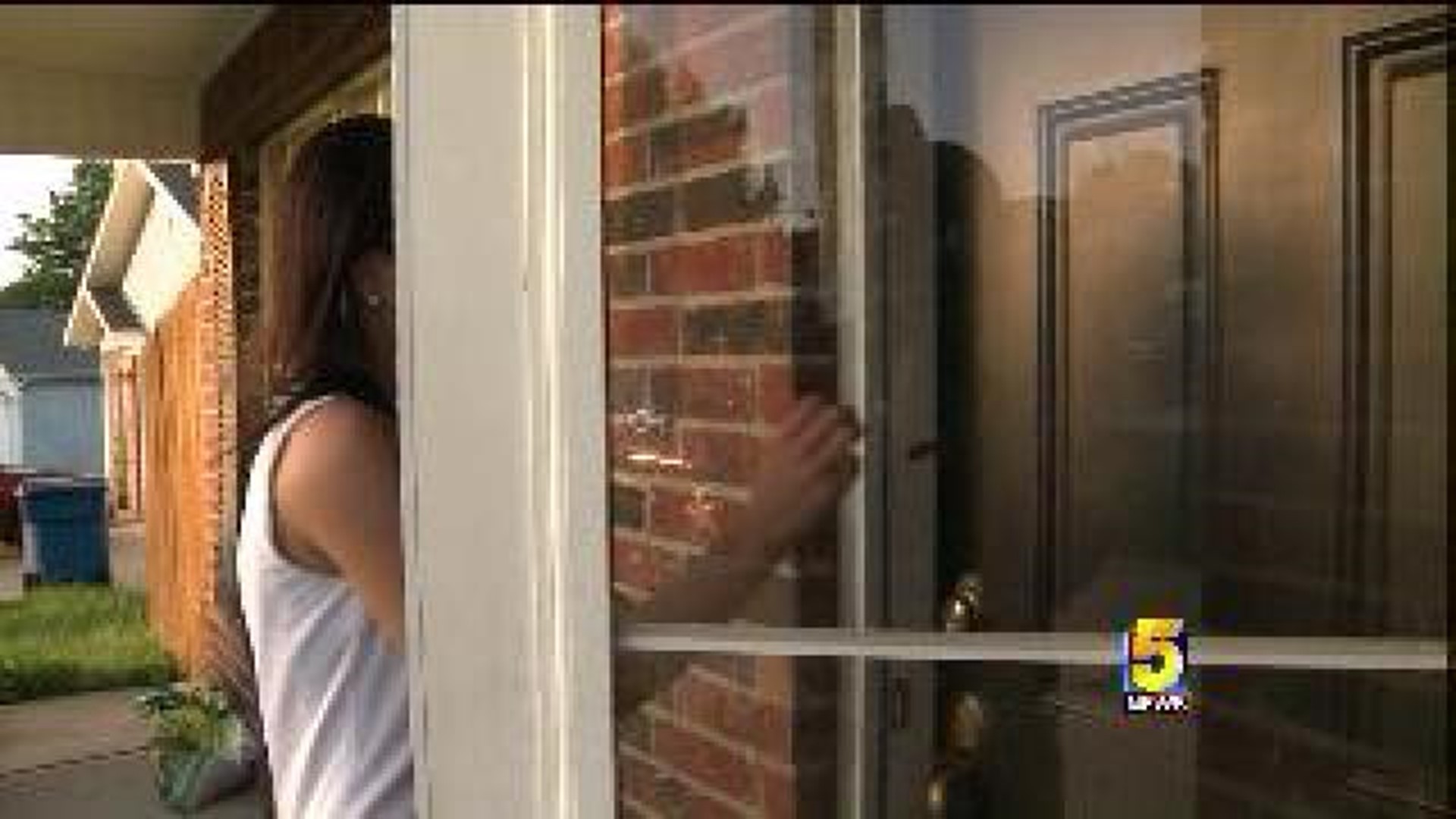 Bentonville police say a kidnapping and murder plot was foiled Saturday after the victim gave a note to a Walmart employee saying she was being kidnapped by two members of the National Guard.

Police said Roberts and Vance conspired to kidnap and kill a Texas woman before she escaped from them in Bentonville.

A Dallas woman named Yulu Zhang told police Roberts and Vance kidnapped her from her Texas home and transported her to Bentonville. While at a Walmart Supercenter in Bentonville, Zhang slipped a note written on a napkin to an employee asking for help, according to a probable cause affidavit released by the Benton County Prosecutor’s Office.

Responding officers found Zhang still in the restroom and later arrested the suspects following an investigation, according to the affidavit.

The victim told police she was attacked by her ex-boyfriend Roberts while she was walking into her apartment. He grabbed her by the throat and was accompanied by Vance, who identified himself as an FBI agent named “Noah Vince,” police said. The woman said Roberts smashed his forearm against her mouth and placed her on her roommate’s bed.

Roberts then told Zhang she could either go with him or he would kill her. Zhang packed two suitcases and some personal belongings and left a note for her roommate she was leaving for China to visit a sick family member, as instructed by the suspect, the affidavit states.

While still in the Dallas area, the three people stopped at a Chinese fast-food restaurant, where Zhang said she used a makeup pen to write a note on one of the restaurant’s napkins in hopes someone who call police after finding it.

The group left town and later stopped at a gas station in Eufaula, Oklahoma, where police said Zhang left a note saying she had been kidnapped by Roberts and leaving the license plate number of the vehicle she was in. Someone later found the note and called law enforcement.

The victim and two suspects arrived in Bentonville 2:30 a.m. Saturday and stayed at Roberts’ local home for the rest of the night, the affidavit states.

The next day, they ate at a Sushi King restaurant and stopped at the Walmart where police said Zhang slipped a note to employee Carly Dodge in the women’s restroom.

Sarah Hepler lives next door to Roberts' home in Bentonville.

"It's really crazy finding out that something like this is happening right next door to you," she said.

"You know, he would be out and he'd be around the kids and talking to everyone," she said.  "We never really though about him like that, because he was always just known as the roommate that came and went randomly."

Richard Morales lives just two doors down from Roberts. He said something like this happening in his neighborhood is scary.

"It's just kind of really out of the ordinary," he said.

Zhang said she met and started dating Roberts in 2012 while at Arkansas State University in Jonesboro. The two broke up after Zhang found out Roberts was cheating on her, she told police. The victim later moved to Dallas for a job, but was visited and threatened by Roberts on at least three occasions, according to the probable cause affidavit.

Police previously gave Roberts a trespass warning, after which the suspect allegedly pulled a kitchen knife on Zhang at a train station parking lot. In another police report against Roberts, Zhang said Roberts went to China and met up with her parents, threatening to hurt them if she testified against him in the knife case.

Roberts and Vance told Zhang they kidnapped her to stop her from testifying against Roberts, according to the probable cause affidavit.

“They were going to keep her until the court proceedings were over,” the affidavit states. “Zhang said Michael (Roberts) was also trying to reconcile their relationship, and she said she cooperated with him because she was in fear.”

Police captured Roberts in Bentonville after finding him walking along a roadway near his local home. With Zhang’s consent, authorities in Dallas searched her apartment and discovered blood on the floor and her notes she left, the affidavit states.

Police said they searched Roberts’ Bentonville home and found Zhang’s suitcase and Asian money on a TV stand. Investigators also talked to Roberts’ roommate, Jason Petit, who said Roberts told him he was heading to see an ex-girlfriend in Dallas and that Roberts was going to “take care of it,” according to the probable cause affidavit.

The affidavit states the roommate went on to tell police Roberts spoke often about Zhang and “was talking ‘crazy,’ stating that Zhang had caused problems with (Roberts) and his family and he wanted to do something to ‘fix it.’

Roberts cussed often while talking about Zhang and told his roommate he was planning on how to go to Dallas and kill her, the affidavit states the roommate told police. The roommate said Vance started to come over to the home and the two created a plan. Roberts told his roommate last week that as of last Thursday, “it would all be taken care of.”

Petit, the roommate, also said he called Roberts’ mother using the suspect’s phone to help him establish in alibi.

“The plan was to make it look like Roberts was at home during the time frame Zhang was murdered or kidnapped in Dallas,” the probable cause affidavit states.

Petit said Roberts was afraid of losing his career in the National Guard if he was to be convicted on the charges he faced in Texas in connection to the knife case.