Police: West Fork Woman Had Nearly 5 Pounds Of Pot, Edibles And A Slew Of Other Drugs 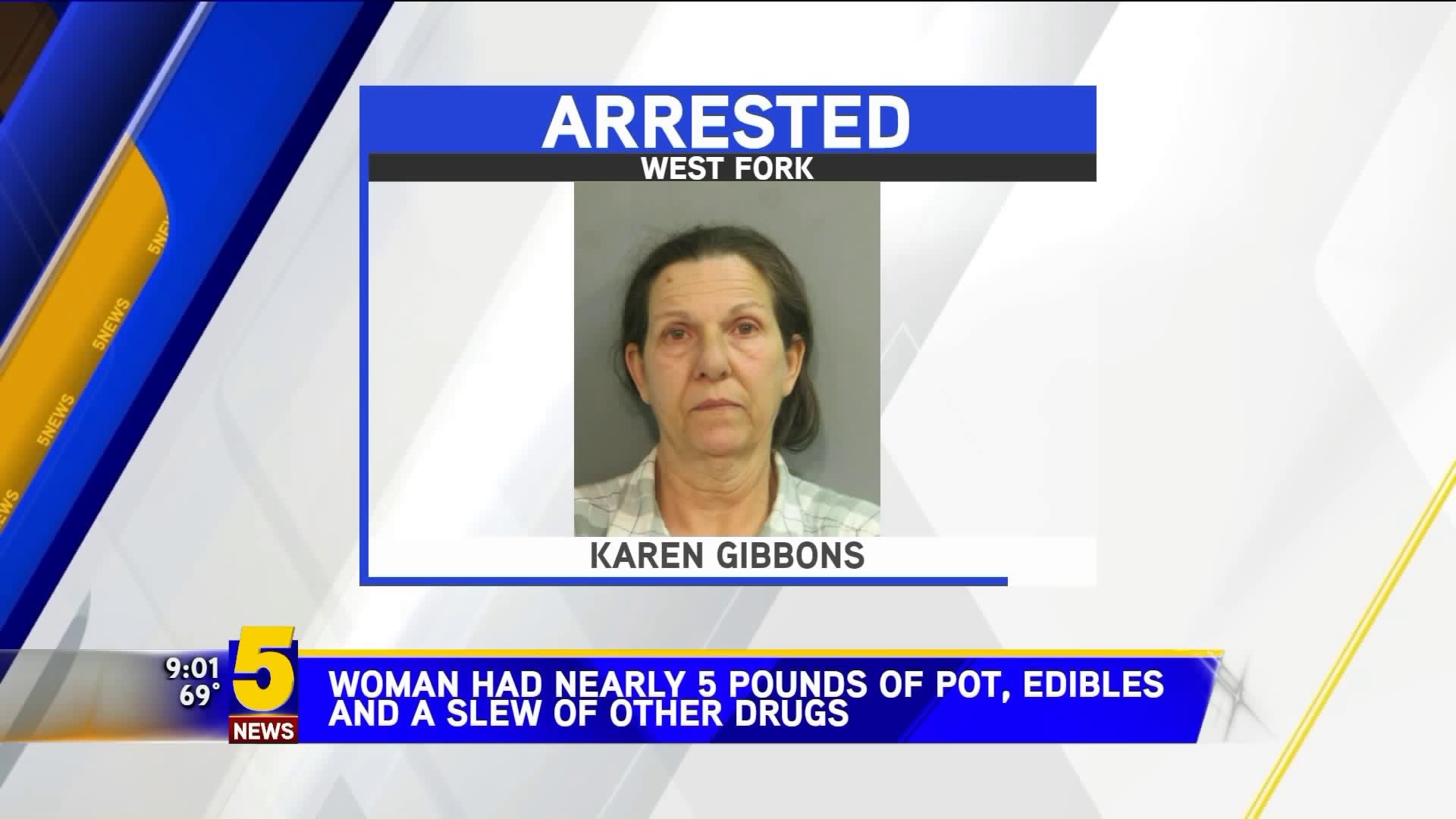 WEST FORK, Ark. (KFSM) — Authorities have arrested a West Fork woman accused of selling marijuana in Northwest Arkansas after finding nearly 5 pounds of pot in her home -- roughly two pounds of it in edibles.

The 4th Judicial Task Force had been investigating Gibbons as a marijuana distributor in the region, according to a probable cause affidavit.

On Friday (April 19), the task force searched her home on Sugar Mountain Road, where it found guns, $26,000 in cash and several drugs, including:

Gibbons is free on a $3,500 bond. She has a hearing set for May 20 in Washington County Circuit Court.