VAN BUREN (KFSM) — A Van Buren student and parents are facing charges after the student reportedly brought a stolen gun to school, according to Detective ... 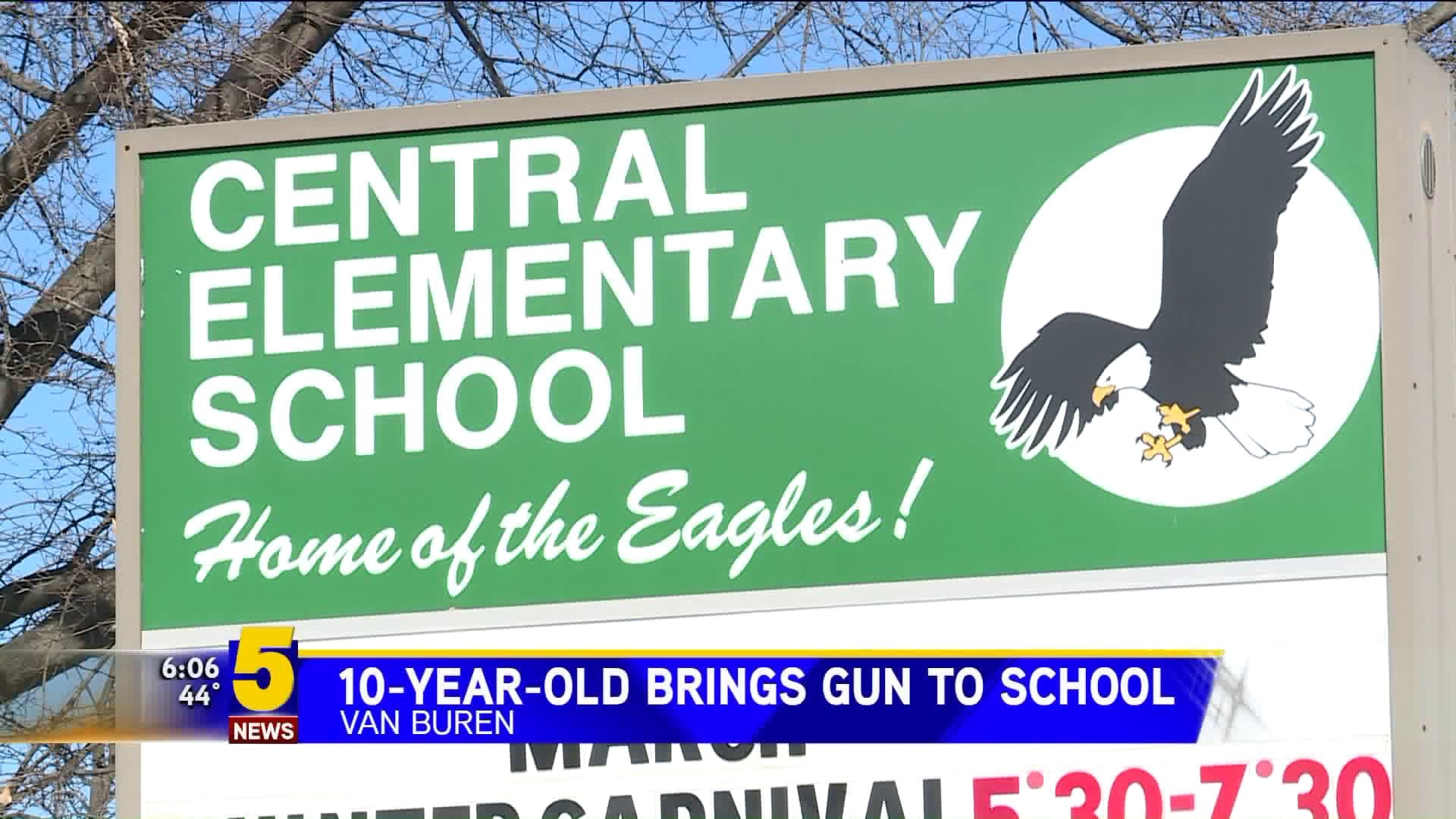 VAN BUREN (KFSM) -- A Van Buren student and parents are facing charges after the student reportedly brought a stolen gun to school, according to Detective Jonathan Wear.

According to Wear, a 10-year-old student at Central Elementary School brought a stolen handgun to school Jan. 29.

Wear said the student showed the gun to students during the day, but none of the students alerted school officials or police. One student told a parent that evening and the parents alerted police, according to Wear.

After investigation, it was discovered both parents of the student were aware he had taken a gun to school. Wear said the parents came up with a story to cover up the offense. They later changed their story and led investigators to the gun, which had been hidden in their backyard.

Wear said investigators are working to determine the circumstances surrounding the theft of the handgun.

The school resource officers with Van Buren police are working closely with the school to educate students on the importance of immediately reporting these incidents.

Many parents have asked why the district would not notify them of the incident. When asked by 5NEWS about policies concerning this matter and notifying parents, the district released the following statement: