FAYETTEVILLE (KFSM)– Two people have been sent to the hospital after a shooting early Sunday morning (July 23). Officers were called near Dickson Street a... 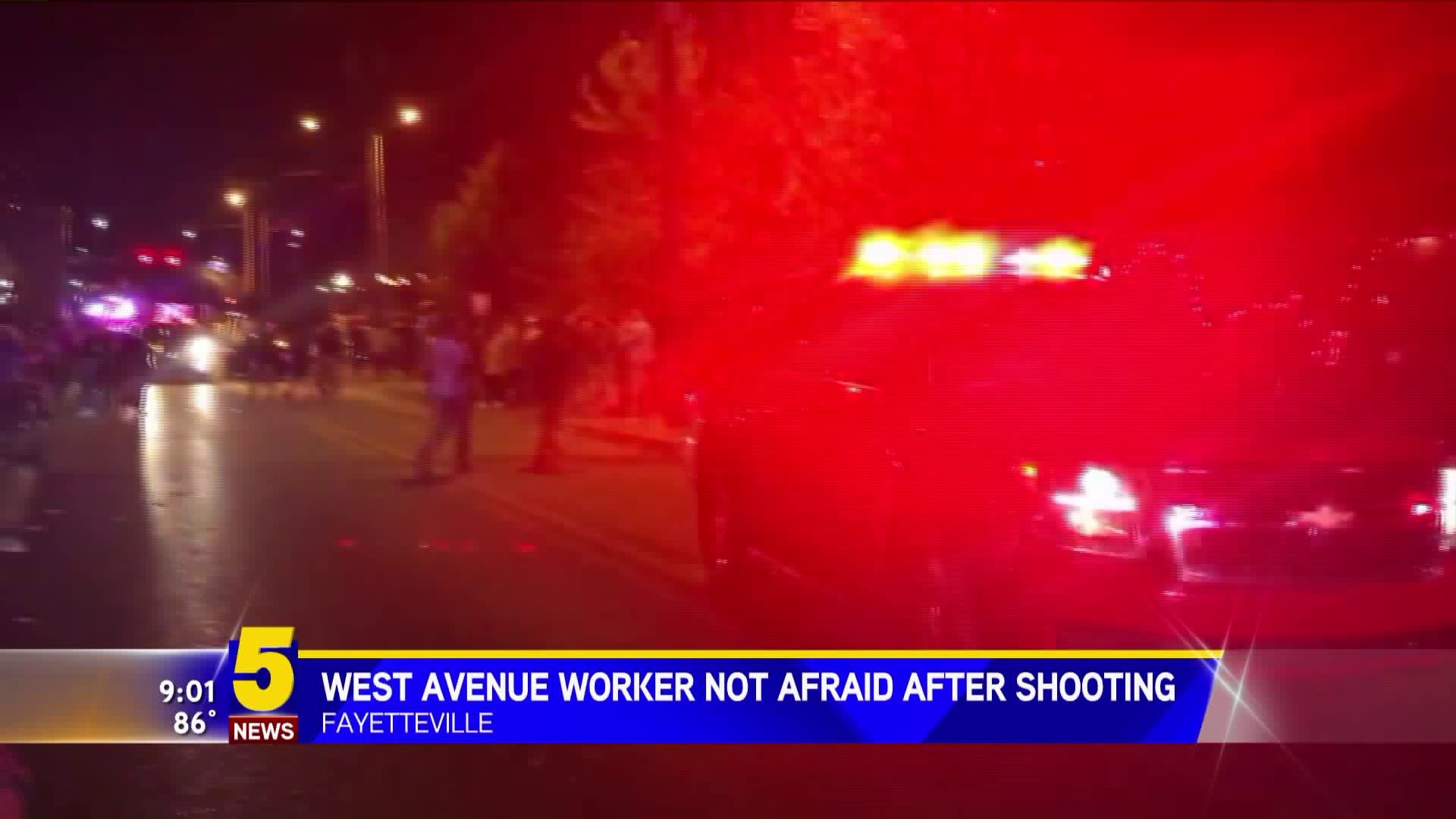 FAYETTEVILLE (KFSM)-- Two people have been sent to the hospital after a shooting early Sunday morning (July 23).

Officers were called near Dickson Street around 1:45 a.m. after a shooting was reported at 436 West Watson Street, which is east of the University of Arkansas campus.

Sebastian Tretola, 25, of Fayetteville, and Alejandro Soto, 22, of Springdale, were both injured in the shooting, according to a Fayetteville Police Department press release.  They were both taken to Washington Regional Medical Center with non-life threatening injuries.

Witnesses told police that Tretola had been in an argument with the suspect before the shots were fired.

Authorities are still searching for the shooter. He is described as a black male with a lean build, about 180-200 pounds between 5'8" and 6' tall. He was last seen wearing a black T-shirt with the word "Cartel" in green and gold. His identity is not known, according to a RazALERT emergency notification.

Sergeant Anthony Murphy with the Fayetteville Police Department said people around the Dickson area should not be worried.

“We believe it to be an isolated incident," said Murphy . "It was a misunderstanding between two individuals and I don’t believe that the suspect is wanting to harm anyone else.”

Allison Hensley is a hair stylist at Luxe on West Avenue just down the road from Lot 53.

She was shocked to hear about what happened but said it could happen anywhere.

Hensley left Dickson that night about 30 minutes before the shooting occurred.

She described the area as packed with people from out of town for an event but it seemed like a normal night.

Even with the suspect still at large, she isn't worried about working or hanging out in the area.

“Fayetteville is a very laid-back town like I said it can happen anywhere," Hensley said. "But now I wouldn’t worry to go out this weekend or any time.”

Police are still asking for help with identifying the suspect.