Police: Two Cats Abused In Fayetteville In One Month

FAYETTEVILLE (KFSM) — Michele Anthony came home three weeks ago to find her cat Ladybug missing. What happened to her cat was something she said she could... 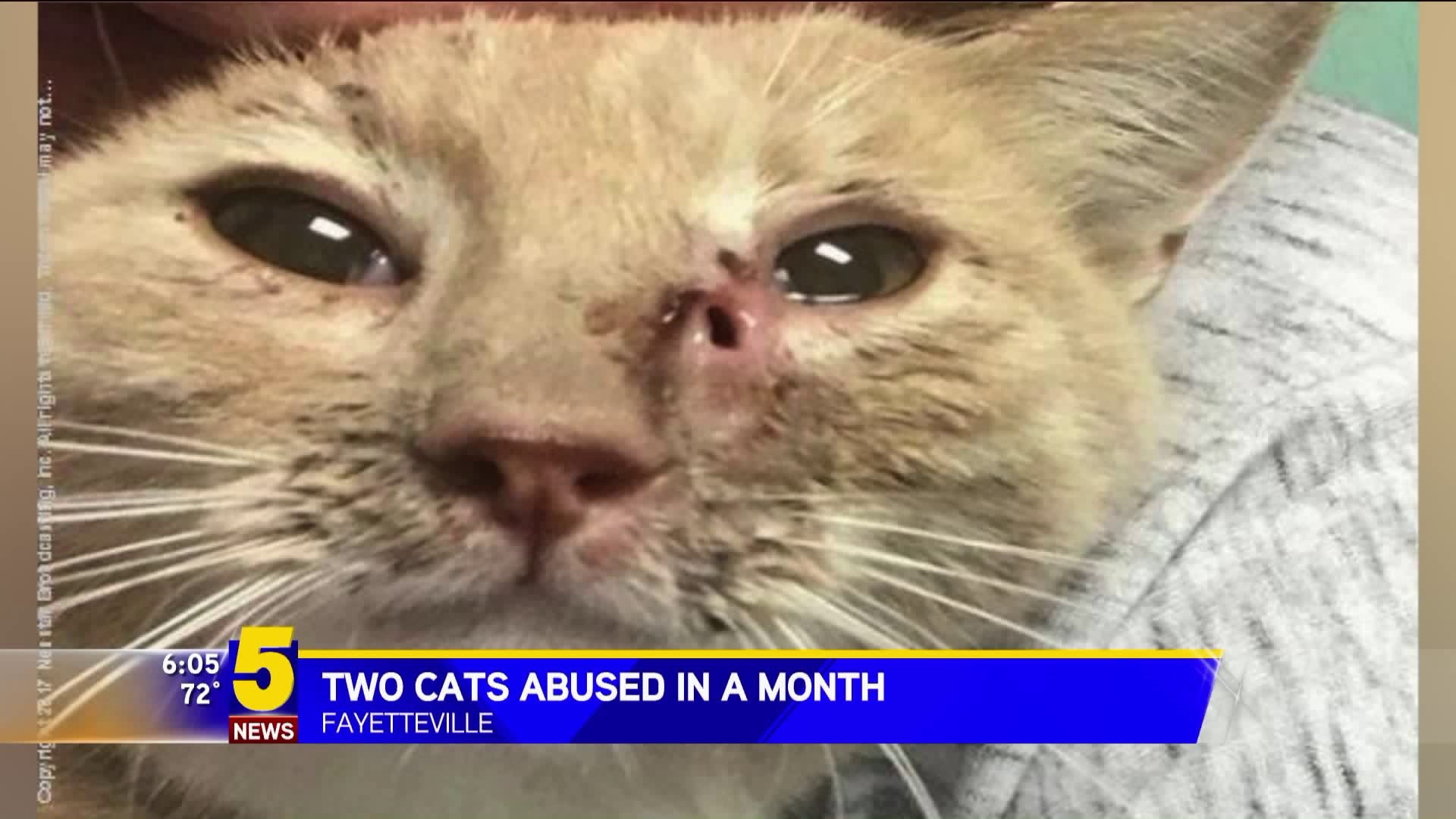 FAYETTEVILLE (KFSM) -- Michele Anthony came home three weeks ago to find her cat Ladybug missing. What happened to her cat was something she said she could have never imagined.

Her cat had been hung in her neighbor's tree and she said she thinks it happened in broad daylight.

“They had literally taken a lanyard and put it around her neck and tied a yellow bag around the other end to serve as a poop bag,” Anthony said.

Anthony said Ladybug never went far from home and was very skittish to others. She feels someone would have had to lure her with food or trapped her. She said she can't believe someone could hurt an animal in such a malicious way.

“That is really what I want out of this, is for people that are suffering and feeling that they are going to hurt animals because that usually leads to hurting people. That they will indeed go get some help,” she said.

Sergeant Anthony Murphy said a cat was shot in the eye between Oct. 10 and 13 in Fayetteville, but is now recovering.. He said it's very alarming someone would treat an animal like this.

“It makes you wonder what's going through their heads to be cruel to any organism or any animal or anybody in the city. We take that stuff seriously and we would really like to speak with that person,” he said.

Fayetteville police are investigating both incidents and ask anyone with information to please come forward.

The person who committed these crimes could face misdemeanor animal cruelty charges. That means they could spend up to a year in jail and face a fine.