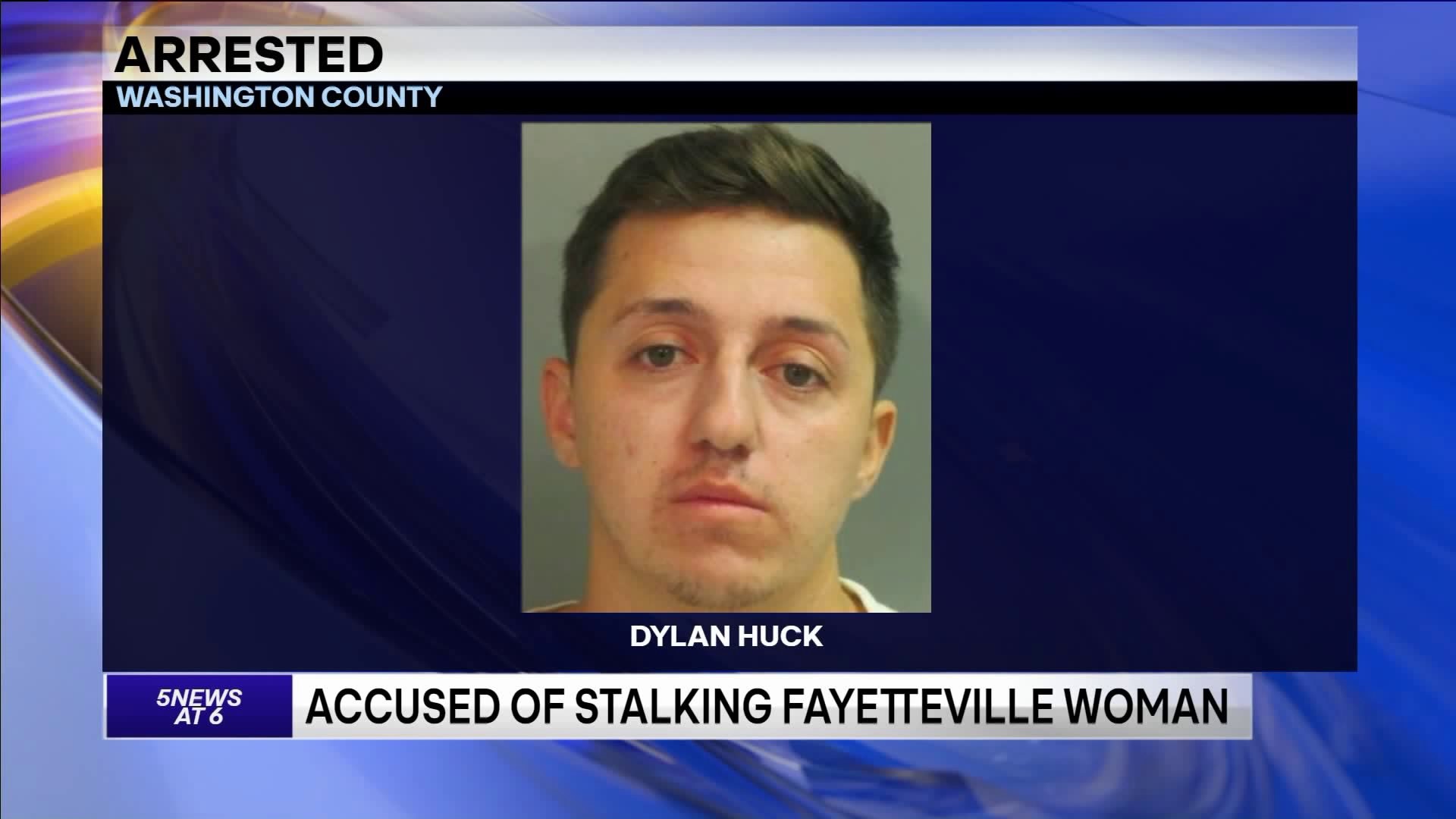 FAYETTEVILLE, Ark. (KFSM) — Police said a Texas man stalked and harassed a Fayetteville woman for nearly two years by posting her nude photos online and threatening to harm her.

The woman first reported Huck for harassment to Fayetteville police in November 2017, when he was told to leave her residence, according to an arrest affidavit.

Over the next seven months, the woman said Huck posted nude photos of her on social media and sent messages saying he was "watching" her.

In January, she reported her tires had been slashed, and someone had taken her surveillance camera. She also found insults spraypainted on her front door and sidewalk.

Later that month, the woman reported getting several emails that warned her of releasing more nude photos, which were then posted online and tagged with the University of Arkansas social media accounts.

Huck told police he posted photos of the woman online in 2017, when he was "young, drunk and stupid," according to the affidavit.

Police noted, however, that multiple email accounts threatening the woman had sprung up since then, all of which were traced to Huck.

Huck was being held Wednesday (Oct. 2) at the Washington County Detention Center on a $120,000 bond.

Sexual extortion is a Class B felony in Arkansas, which is punishable by up to 20 years in prison and a maximum fine of $15,000.