Recent threats at local schools have authorities warning students to avoid becoming copycats, or they could find themselves behind bars. Rogers Heritage High Sc... 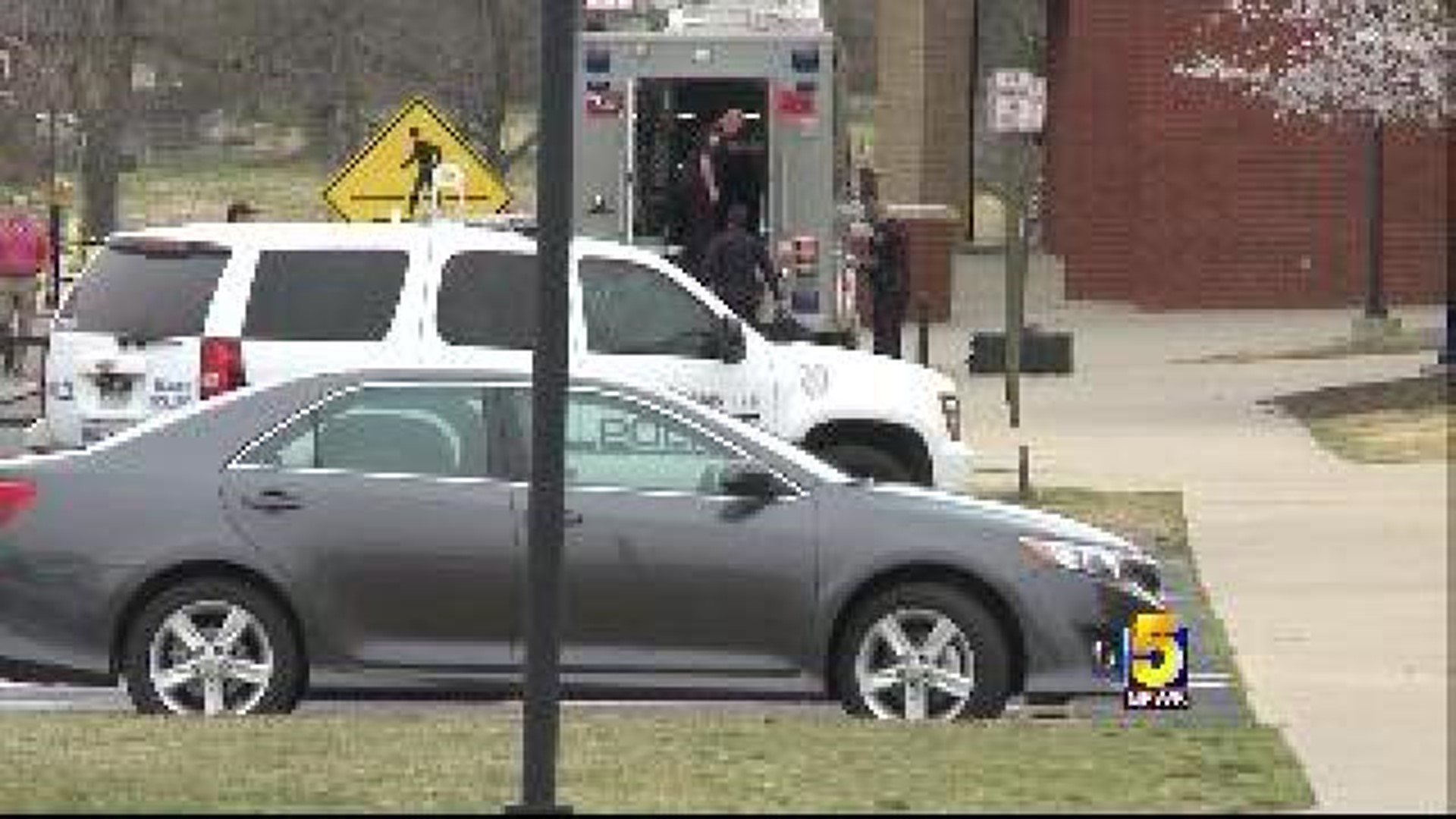 Recent threats at local schools have authorities warning students to avoid becoming copycats, or they could find themselves behind bars.

These threats follow a gun threat and bomb threat at Bentonville High School earlier this week.  One 18-year-old student was arrested in connection with the gun threat and faces a felony charge of terroristic threatening.

None of the Rogers schools needed to be evacuated or have a bomb squad called, but authorities say they are not taking any threat lightly.

"We treat every one of those situations as if it's the real deal...so it's an extremely, extremely big deal on our part," said Lt. Derek Hudson of the Springdale Police Department.

There are no suspects in any of the Rogers cases, but Hudson said when found, the people responsible will face punishment whether it is a prank or not.

If the student is over 18 years old, they could be charged with terroristic threatening and face years in prison depending on the severity of the case. Kids that are under 18 could face fines or jail time, or have mandated time at a juvenile boot camp or rehabilitation facility.

Hudson urges parents to have an open conversation with their kids about the threats that happened this week, as well check into their social media just to be cautious. He said that a threat online could have the same punishment as a threat made in person.

"Parents need to educate themselves on what their kids are doing, on Facebook and Twitter or Instagram, or all of the things that are out there now that are on these cell phones or iPads or computers that kids can access," said Hudson.

One Benton County parent has a middle school-aged daughter, and while there has been no threat at her school, he is still prepared for a conversation.

"We just want to make sure that she knows that this is not something that she needs to live in fear about, but just to know the plan and to follow the rules that they have at the school for responding to those things," said Greg Russell.