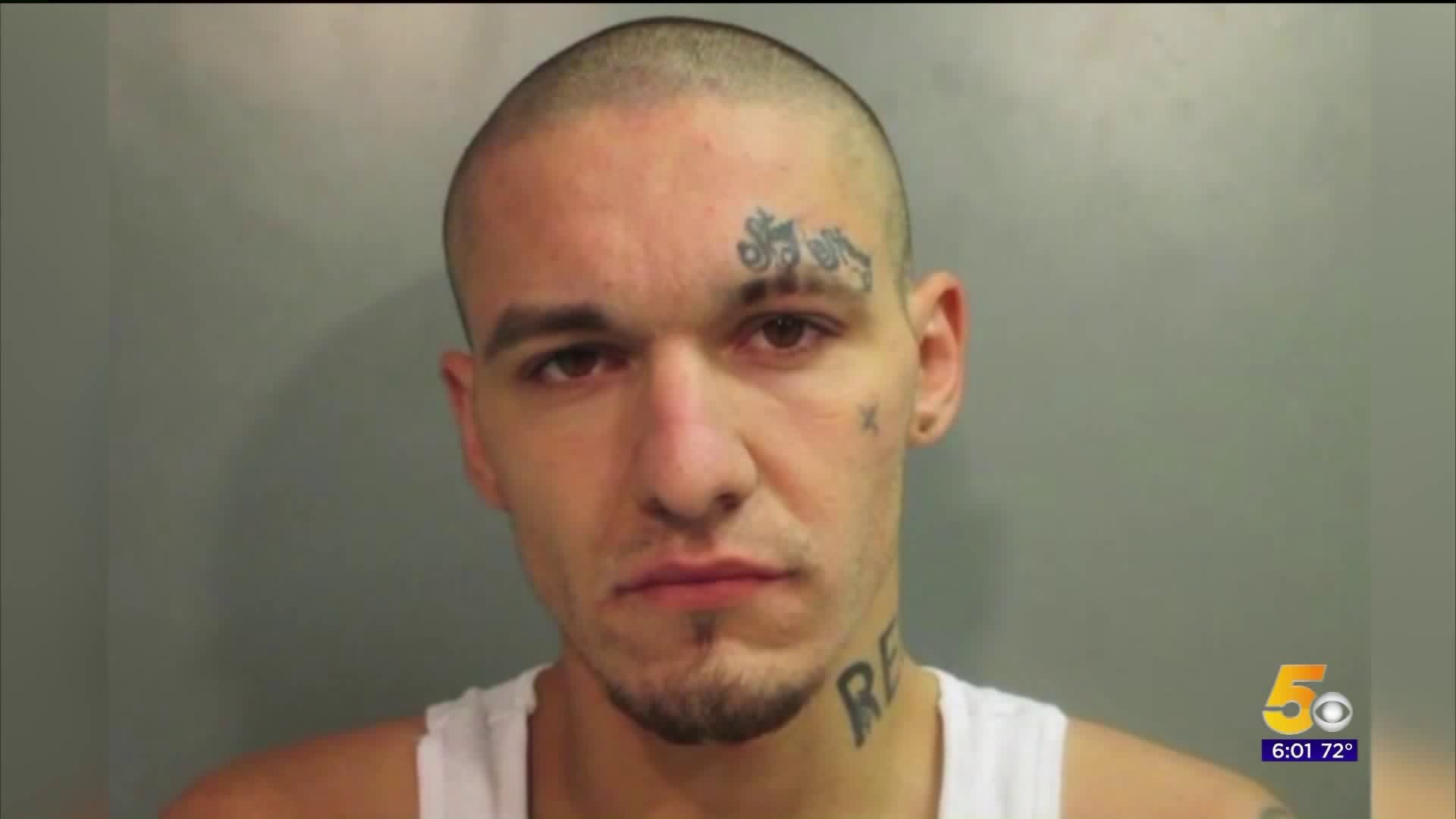 FAYETTEVILLE, Ark. (KFSM) -- Fayetteville police have arrested a suspect linked to a pursuit last month that hospitalized a Goshen officer.

Raymond Purser, 24, was arrested Sunday (Oct. 13) in connection with two counts of possession of drug paraphernalia, criminal use of a prohibited weapon, and littering.

These charges are separate from the pursuit in Goshen, where Purser faces fleeing, leaving the scene of an injury accident, reckless driving, speeding, driving without a license, and driving with a fictitious vehicle license.

Fayetteville police were called Sunday to the McDonald's on Martin Luther King Jr. Boulevard for a man wearing a bandana over his face and photographing people, according to an arrest report.

Police pulled over Purser, who told officers he a needle loaded with methamphetamine in his pocket. Officers searched his truck and also found a BB gun that resembled a "high caliber semi-automatic pistol" and brass knuckles, according to the report.

Freeman attempted to stop Purser around 2:30 a.m. on West Bowen Boulevard, but Purser sped off when Freeman turned on his emergency lights.

Freeman lost control of his patrol vehicle as he tried to negotiate a curve, left the roadway, rolled and landed in a wooded area north of the road.

Radio communications were lost during the crash, so dispatchers were unable to reach Freeman, Ball said.

The department was eventually able to reach Freeman by his cell phone, but due to his injuries, he couldn't give them his exact location.

Arkansas State Police believe Purser may have fired at Freeman, but his injuries were related to the crash. State police are handling the crash investigation.

The community held a fundraiser for Freeman and his family over the weekend. Ball said the Freeman's are "overwhelmed and very appreciative of what everybody is doing to come together for them."

"He`s still got a little ways to go on recovery, but he`s making it and will finish strong," Ball added.

Ball said his department is still investigating to determine if there were any passengers in Purser's car. He's also working to replace Freeman's vehicle.