SPRINGDALE, Ark. (KFSM) — Springdale Police are searching for two of four suspects in vehicle break-ins who fired on a witness before wrecking their vehicle and... 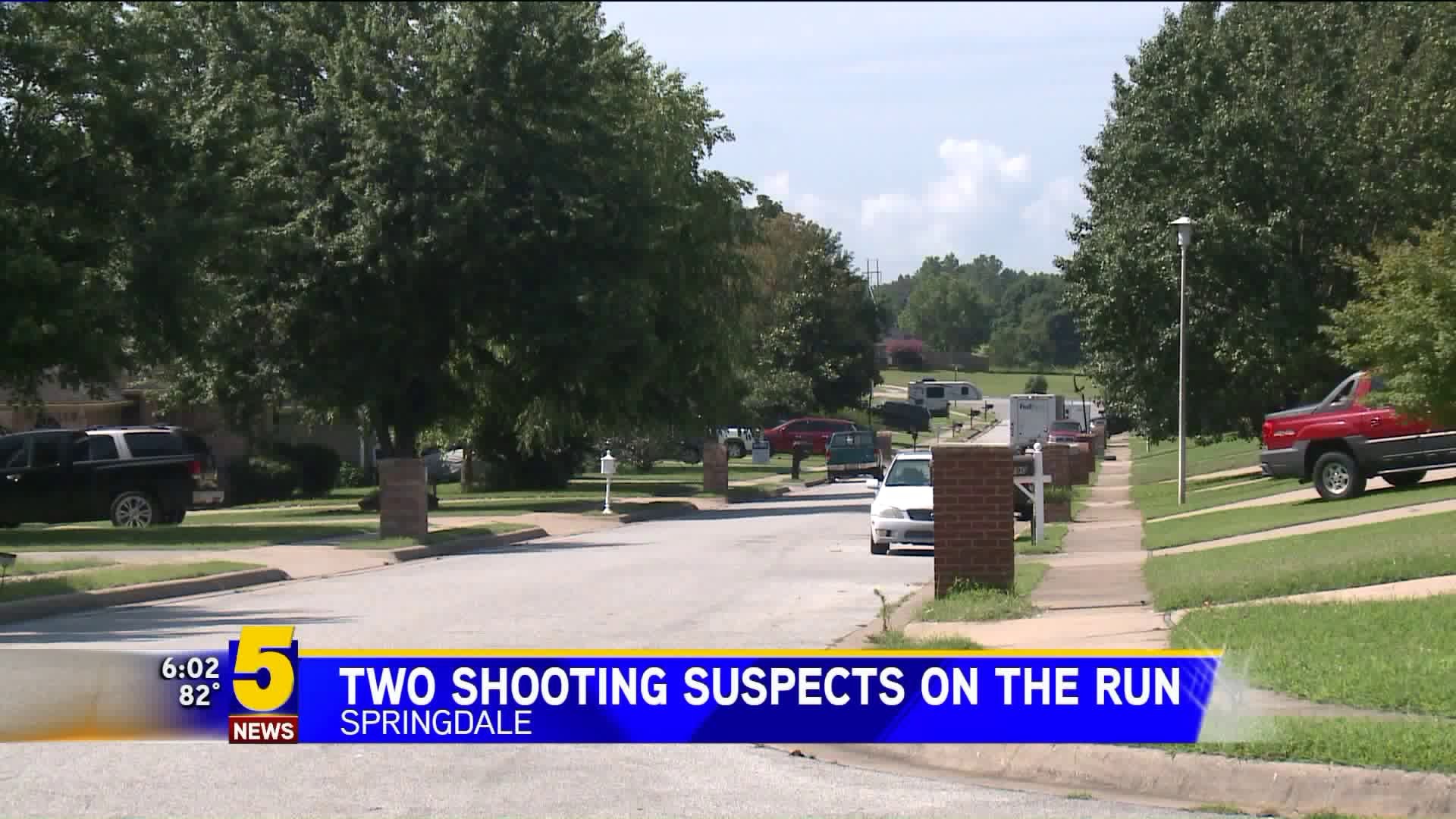 SPRINGDALE, Ark. (KFSM) — Springdale Police are searching for two of four suspects in vehicle break-ins who fired on a witness before wrecking their vehicle and fleeing the scene.

Lt. Jeff Taylor with the Springdale Police said they received a call about 1:30 a.m. regarding vehicle break-ins on Kimberly Place. The caller said the suspects were fleeing in a 2015 blue Ford Explorer, and the caller was chasing them along Wagon Wheel Road.

During that chase, one of the suspects fired shots at the caller, who stopped chasing them at Wagon Wheel and 40th Street and waited for police, Taylor said.

About 1:56 a.m., an officer saw the suspect vehicle turn on 48th Street from Sunset Avenue and began another chase. The vehicle eventually wrecked at 48th Street and Celeste Drive in Johnson near The Woods at Johnson Mill Apartments.

Taylor said four people fled from the wreck, but two were caught on the scene. Two others are still on the loose.

One of the suspects is Billson Andereke, 21, who is being charged with flight from an officer, Taylor said. A 16-year-old juvenile was also arrested and charged with curfew violation.

Police have not found a weapon, they said. Johnson Police handled the accident, Taylor said.

Andrike also faces theft charges after police found several stolen credit cars in the vehicle. The cards were reported stolen out of Lowell.

He's due in Washington County Circuit Court on July 17.