Police: Suspects That Led Police On Chase In Stolen Car Along U.S. 71 Now In Custody

UPDATE: The Mountainburg Police Department posted a status to their Facebook page claiming both suspects are now in custody. We will continue to update this sto... 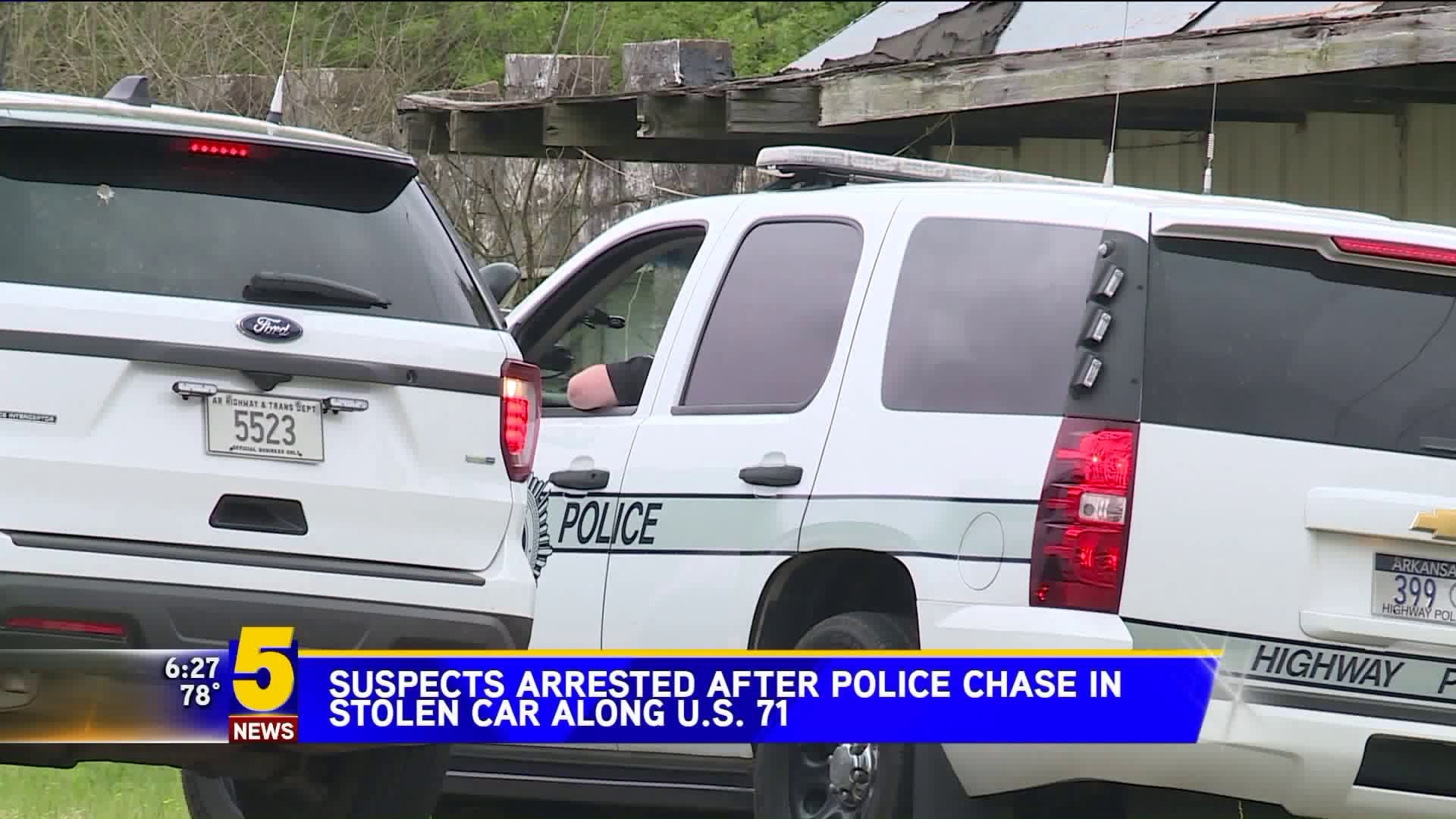 UPDATE: The Mountainburg Police Department posted a status to their Facebook page claiming both suspects are now in custody.

We will continue to update this story as more information is made available.

CHESTER (KFSM) — Arkansas State Police are searching for a stolen car suspect after a chase down U.S. 71 near Chester around the Lake Fort Smith area.

According to Cpl. Elizabeth Chapman, state police tried to pull over what was reported to be a stolen car, but the driver refused to stop and took off down old U.S. 71.

Mountainburg Police Chief Vincent Clamser confirmed the chase, which he said involved two suspects and began north of his city.

Somewhere between Chester and Mountainburg, the suspects bailed out of the vehicle. Police began tracking the suspects in the area around U.S. 71.

Clamser said schools in the area were sheltering in place as a precaution.

"It did pass one of our school buses, so that's the first we heard about it," he said. "So as a precaution, we have our schools on what's called 'shelter in place.' It's not a complete lockdown, [it's] business as usual inside the schools. We are just taking extra precautions keeping the kids indoors in their activities."

He said the most recent information is that the suspects have made it close to Interstate 49. Law enforcement officials are asking anyone who sees anything suspicious to call 911.

Chapman said there's no reason to believe the suspects are armed and dangerous.