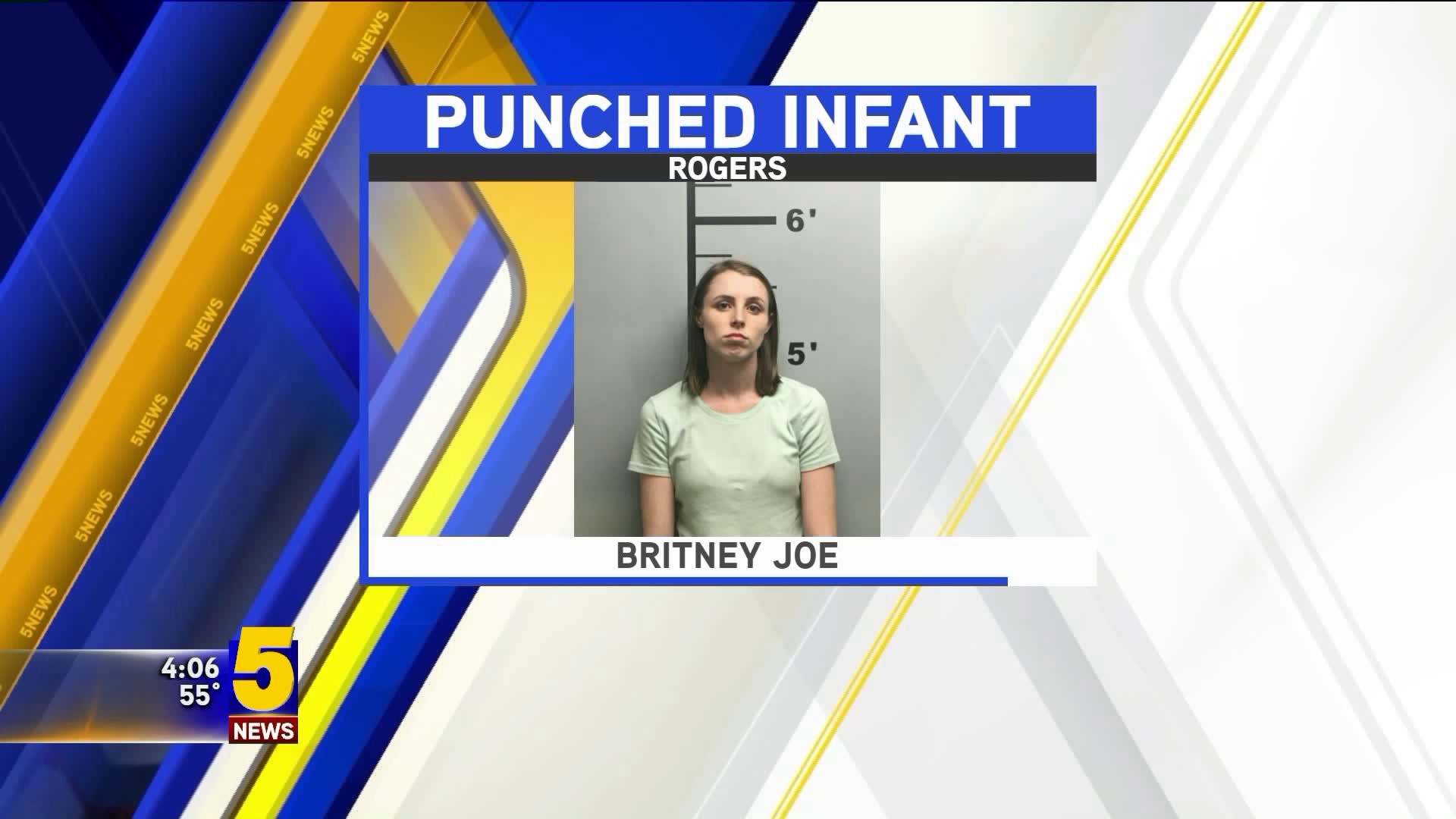 ROGERS, Ark. (KFSM) — Police arrested a Rogers woman for allegedly punching her infant in the face because he wouldn't stop crying.

Britney Kierin Joe, 21, was arrested Sunday (April 7) in connection with two counts of second-degree domestic battery -- a Class C felony when a person causes physical injury to a family member or someone younger than 12.

Joe's mother said her daughter told her she punched the 3-month-old boy because he wouldn't stop crying, according to a probable cause affidavit.

Her mother said Joe didn't want her to call police because she feared being arrested. However, Joe denied punching the boy -- saying she only slapped him -- but later told Rogers police she found him with the bruise around his eye, according to the report.

Another person who was with Joe that said she also hit a 12-year-old girl on the head with a cellphone cord and then pushed her from behind.

The boy was treated at Arkansas Children's Hospital Northwest, where police noticed some darkening and discoloration forming around the top of his eye, according to the report.

Joe was being held Thursday (April 11) at the Benton County Jail on a $7,500 bond. She has a hearing set for May 13 in Benton County Circuit Court.

In Arkansas, Class C felonies are punishable by up to 10 years in prison and a maximum fine of $10,000, according to Arkansas Code Annotated 5-4-401.

Correction: In the original story, 5NEWS incorrectly referred to the girl in this story as a 2-year-old.