FAYETTEVILLE, Ark. (KFSM) — Fayetteville Police responded to a report of a bomb threat at the John Paul Hammerschmidt Federal Building in downtown Fayetteville ... 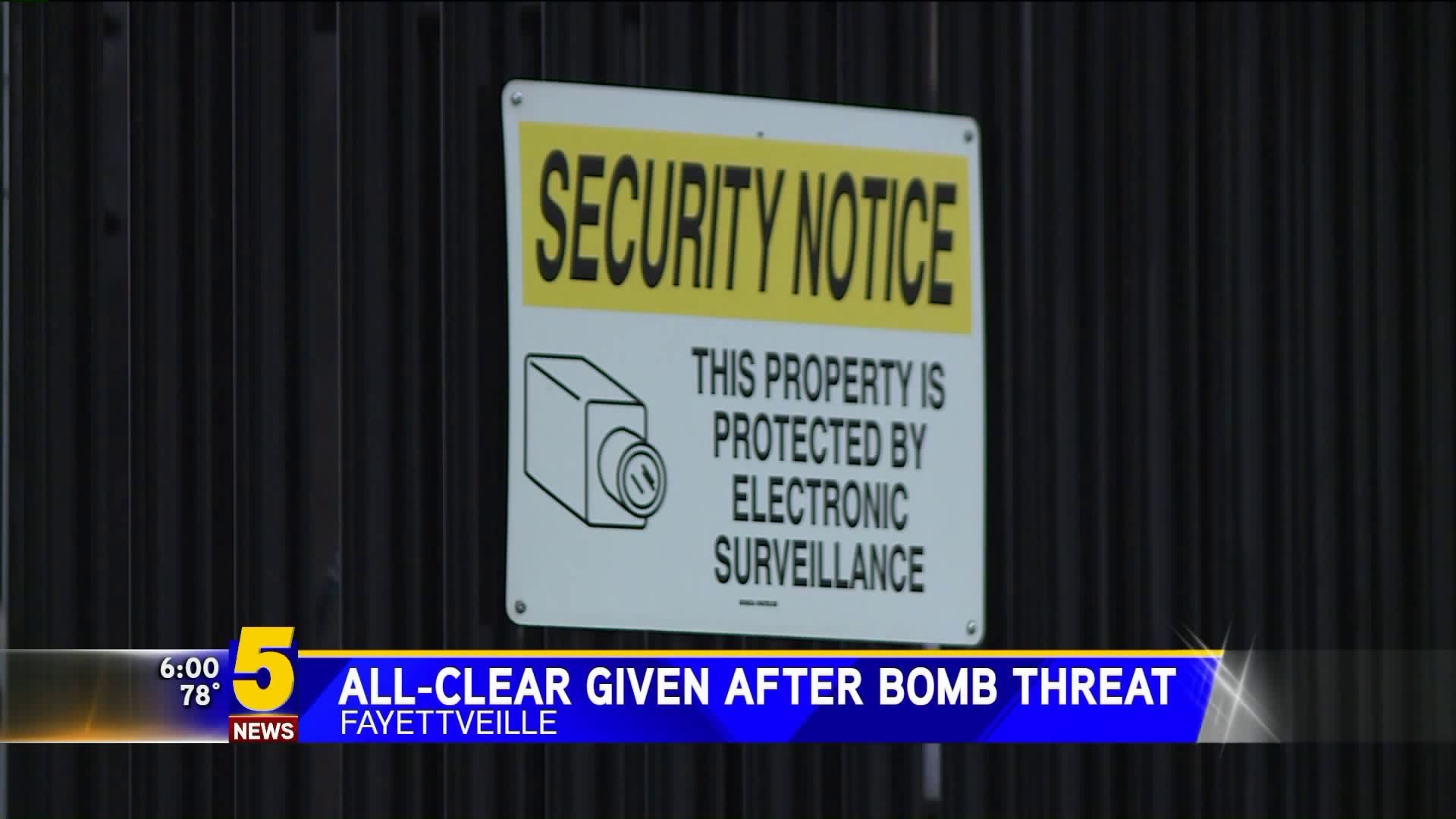 According to Sgt. Anthony Murphy with the Fayetteville Police, 911 dispatchers received a "good Samaritan" call at 11:44 a.m. Tuesday (May 14) from a person who overheard over CB radio traffic that "an explosive device was being taken to the federal building" at 35 E. Mountain Street.

"We responded and cordoned off the area and took every precaution to check the scene," Murphy said.

Murphy said explosive-detecting canines were on the scene at the Federal Building to check in and around the building, including vehicles parked there.

He said several people could be seen standing outside the building, but he didn't know if it had officially been evacuated.

East Mountain Street was blocked off while police checked the area.

Murphy said the bomb threat was not made to a specific entity.

He said the police were aided by the University of Arkansas Police and the Washington County Sheriff's Office.

Murphy said he was not aware of any schools being put on lockdown.

The Fayetteville School District sent out a notice to parents letting them know that the regular school day would continue, but that "we are restricting all outside activities at FPS until further notice."

Here is the full message from the school district:

"We have been notified of a bomb threat that was made against the John Paul Hammerschmidt Federal Building in downtown Fayetteville this morning. As a precaution, we are restricting outside activities at all FPS schools until further notice. The regular school day will continue as normal, just with no outside activities.

We will keep you informed of this situation. The safety of our students and staff will always be our #1 concern."

Alan told 5NEWS since the bomb threat was cleared Fayetteville schools have resumed all school activities.