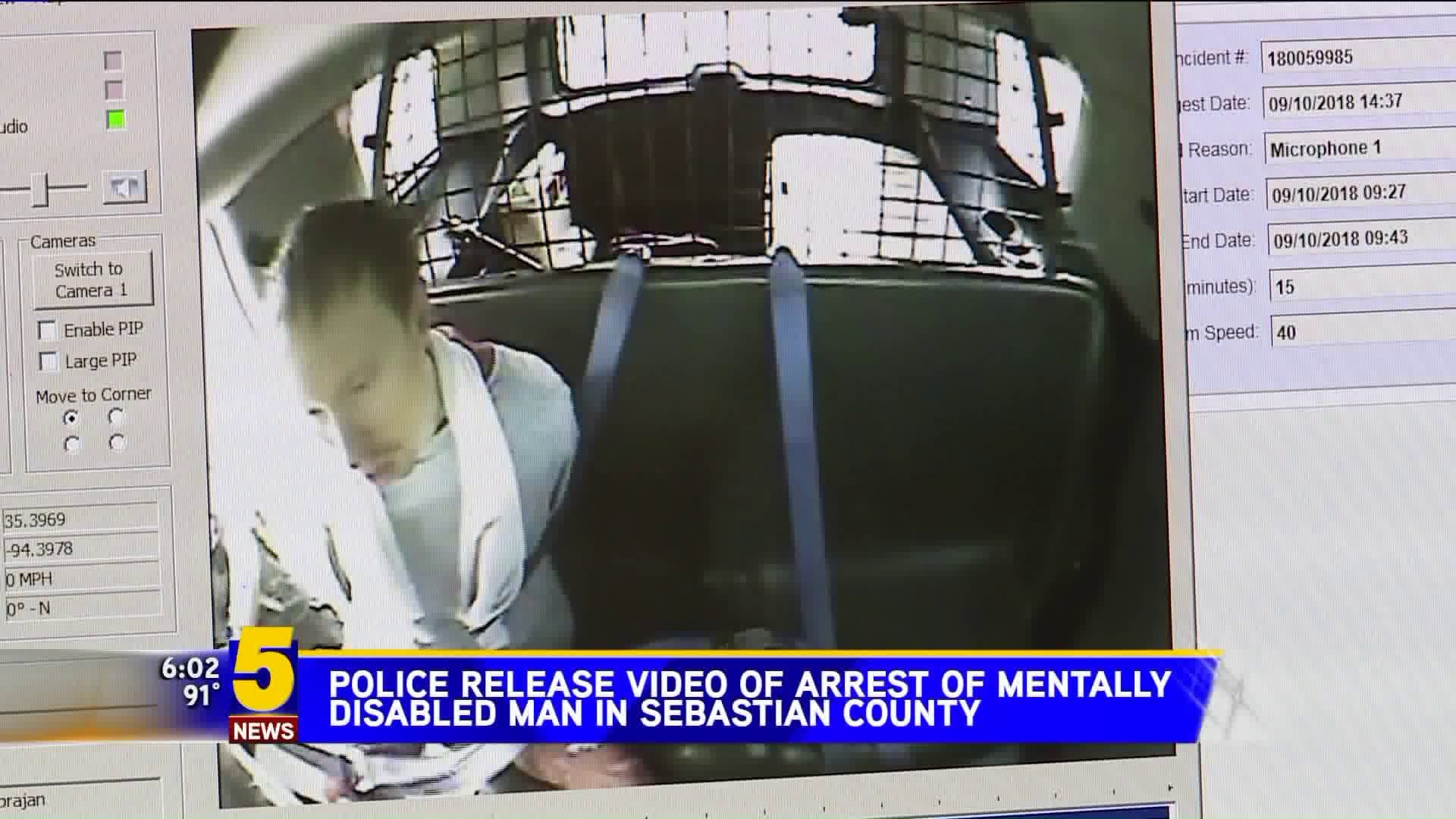 FORT SMITH (KFSM) -- Fort Smith police have released video of the arrest of John Davenport, the mentally disabled man who died Saturday (Sep. 15) after being severely injured in the Sebastian County Detention Center.

Fort Smith police say they had no other choice but to arrest John Davenport after he was being combative and spit at a police officer. However, they tell 5NEWS they discussed several options before doing so.

"We tried to look at other resources available as an alternative for incarceration. Sebastian County and the River Valley have made incredible strides in the avenue of resources for mental illness, unfortunately, there's still not enough," Wes Milam with the Fort Smith Police Department said.

Police had been called to Nelson Hall Homes, a community type housing in Fort Smith because Davenport's caretakers asked for assistance due to his behavior. According to police, Davenport refused several orders from officers and then spit on one, which is punishable by state law.

During transport to jail, officers pulled Davenport's record noticing he had a warrant after failing to appear in court for spitting on another individual.

Understanding the sensitivity of the situation due to Davenport's mental disability, officers on scene discussed several options and called other healthcare facilities in the area. But, because of his aggressive state, it was no longer an option, Milam said.

While in police custody Davenport was on 15-minute checks, that's when a deputy found him with severe injuries. He later died at Sparks Hospital in Fort Smith.

The cause of Davenport's death is still under investigation.