WEST FORK, Ark. (KFSM) — A Springdale man is in stable condition after allegedly robbing an Alma bank and being wounded in a shootout with Arkansas State Police... 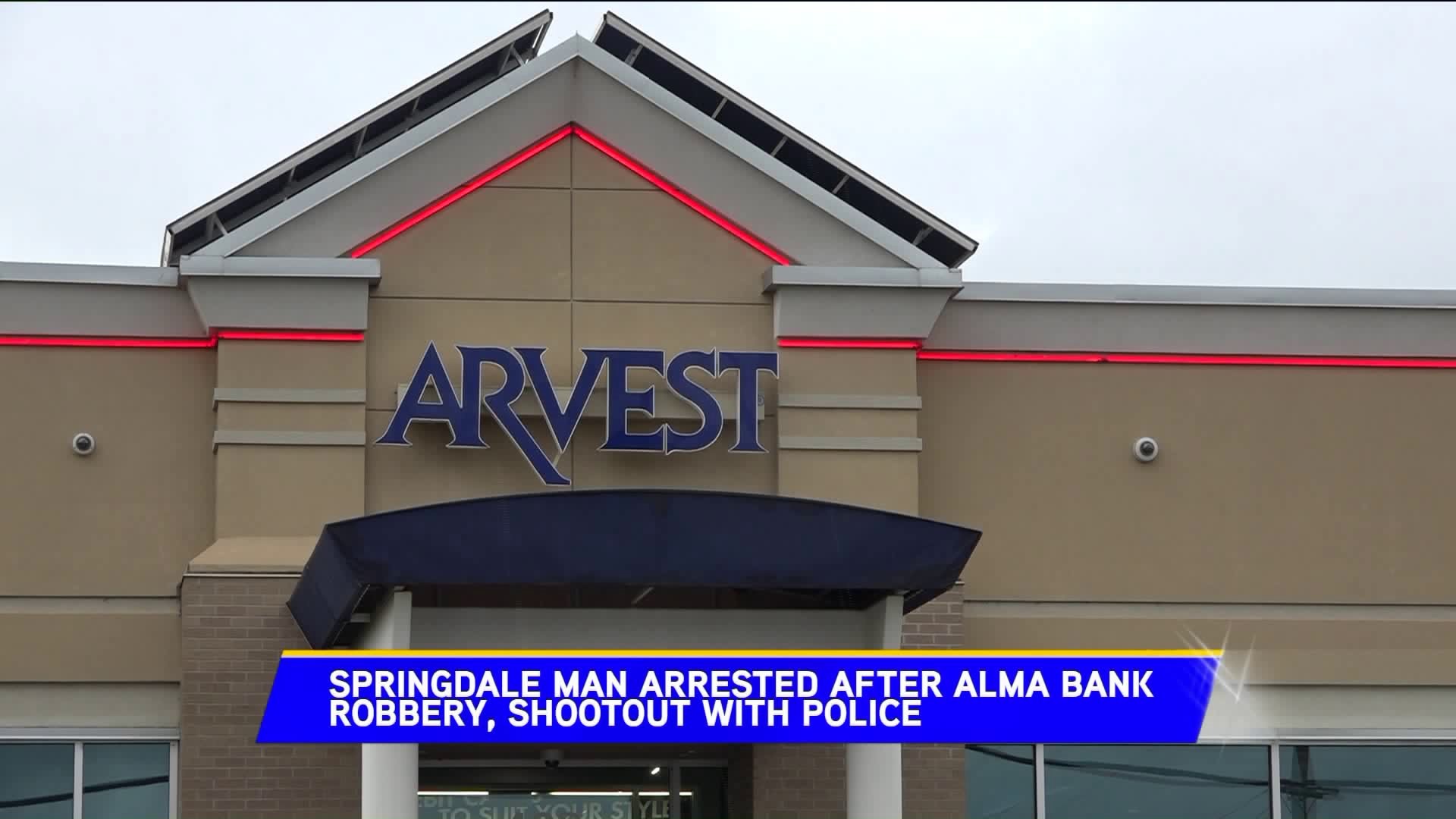 WEST FORK, Ark. (KFSM) — A Springdale man is in stable condition after allegedly robbing an Alma bank and being wounded in a shootout with Arkansas State Police.

Jaime Leonel Reinosa-Salguero, 43, was arrested Wednesday (May 29) after a standoff that closed Interstate 49 in both directions for about an hour.

He faces charges of attempted capital murder and felony fleeing after investigators say he shot at state troopers who pursued him up the interstate.

He's also being investigated by federal and local authorities for possible charges related to the bank robbery and a car-jacking, according to state police.

Around 10:30 a.m. Wednesday, Reinosa-Salguero reportedly opened fire at the Arvest Bank on U.S. 64 before fleeing north on the interstate.

He got as far as mile-marker 55 before state troopers — assisted by U.S. Marshals and deputies from the Washington and Benton County sheriff's offices — boxed him into the woods adjacent to the highway.

An Arvest spokeswoman said no customers or associates inside the bank were injured during the robbery. She wasn't able to confirm the exact amount of money taken.

No law enforcement officers were injured in the incident.

Two state troopers have been placed on administrative leave while their use of deadly force is reviewed.

The file will eventually be turned over to Washington County prosecutor Matt Durrett for review.