PEA RIDGE, Ark. (KFSM) — A Pea Ridge man who injured himself falling at home shot at the EMTs who were trying to aid him, according to a probable cause affidavi... 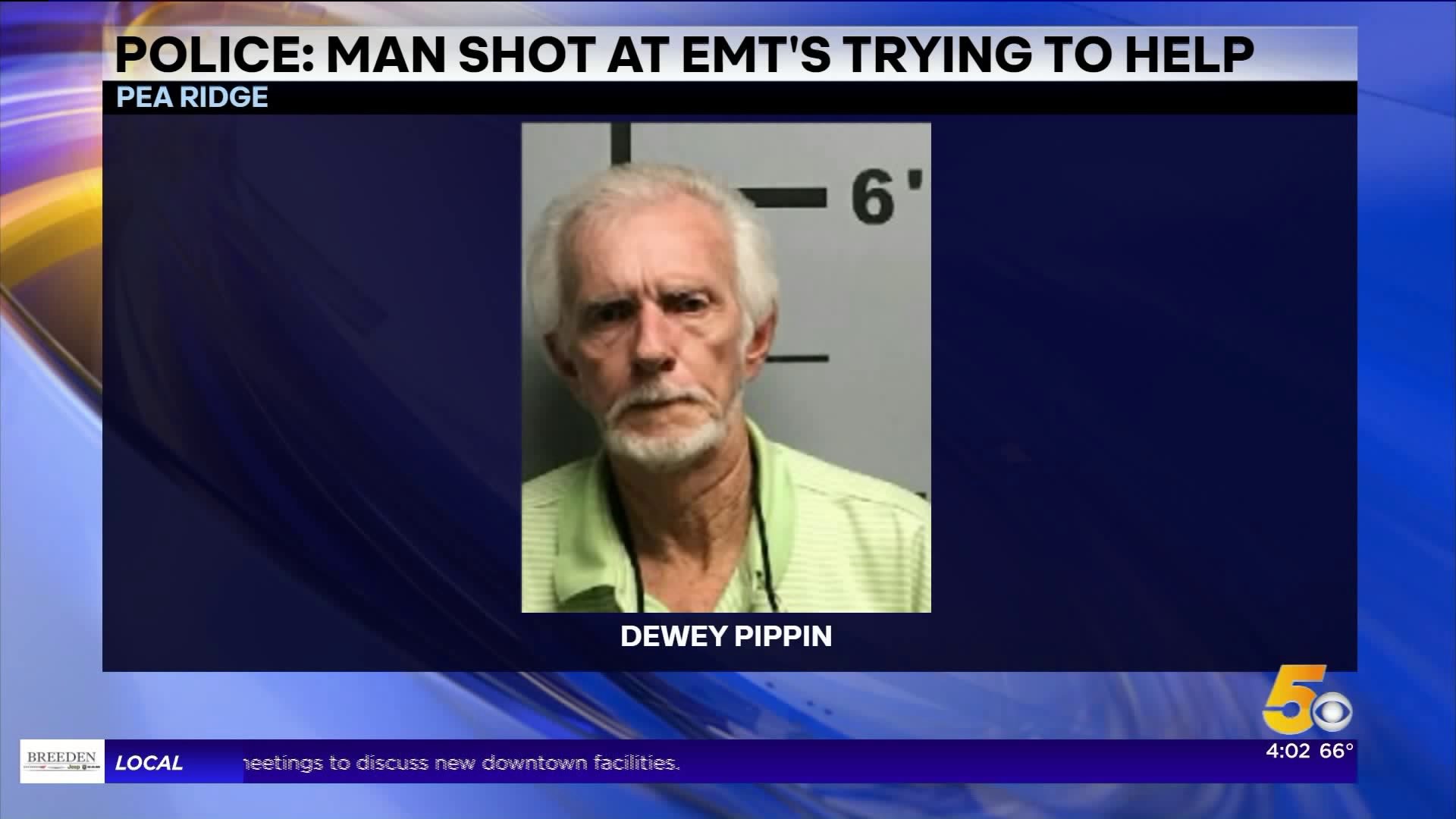 PEA RIDGE, Ark. (KFSM) — A Pea Ridge man who injured himself falling at home shot at the EMTs who were trying to aid him, according to a probable cause affidavit.

Dewey Howell Pippin, Jr., 71, was arrested in connection with aggravated assault, criminal use of prohibited weapons and possession of firearms by certain persons — all felonies.

The Pea Ridge fire department went to Pippin's home on McNair Place around 2 a.m. on July 3 after Pippin had fallen.

EMTs found Pippin lying on the floor, but noted that although he was "somewhat disoriented, he was cognizant enough to know who and where he was and ... follow commands," according to the affidavit.

The EMTs helped Pippin to his feet, but he motioned toward his bed, which made them think he was about to fall. As they laid him on the bed and checked his vital signs, Pippin pulled a handgun from underneath his mattress and pointed it at them, according to the affidavit.

Pippin fired one shot that passed by one firefighters' head as they struggled to take the gun. No one was injured and EMTs were able to get Pippin to the hospital.

EMTs later learned that Pippin is federally prohibited from possessing weapons due to mental health reasons, according to the report.

Pea Ridge police later searched Pipin's home to ensure he had no other firearms, but inside they found several hunting rifles and shotguns, including a loaded "sawed-off" shotgun, according to the affidavit.

Benton County court records show Pippen was involuntarily committed to a hospital in 2011 for mental health issues. Both federal law and Arkansas law bans people from owning a firearm if they have been committed to a mental institution.

Pea Ridge Fire Chief Jack Wassman praised the response from his firefighters for their efforts to "deescalate a rare situation."

"It's our job to be prepared and look out for each other," Wassman said.

Pippin is free on bond. He's due in Benton County Circuit Court on Aug. 26.