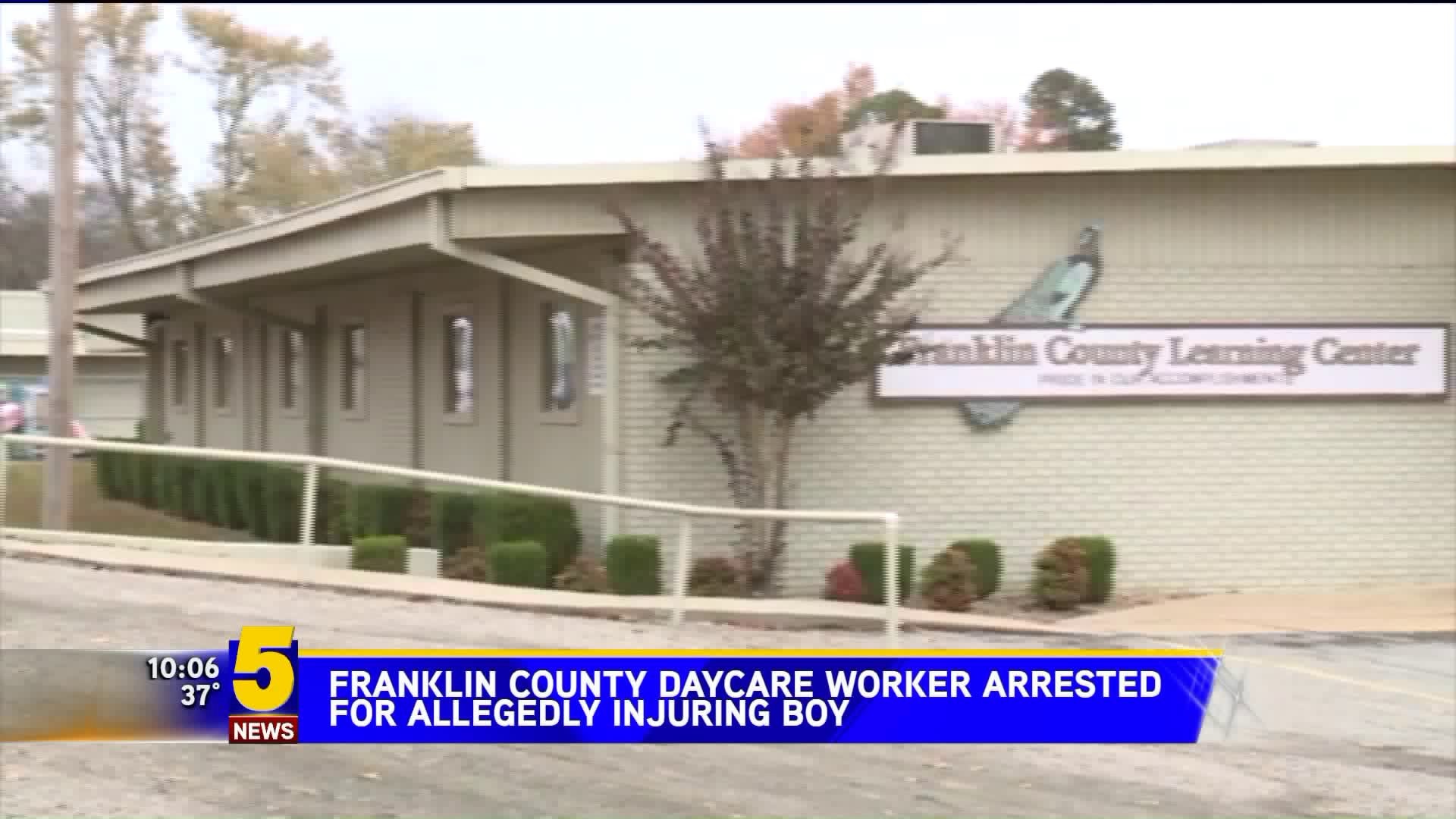 Ashton Graham, 26, was arrested in connection with second-degree battery against an incompetent person and first- and third-degree endangering the welfare of a minor.

The boy's mom, Bethany Stark, said she got a call from the daycare that her son had fallen to the ground and threw up shortly after.

"I came and got him and took him to the emergency room, and come to find out, he had a concussion."

Stark said her son, Jackson, had a stroke before he was born and a brain injury from birth. She says he also has the mental age of an 8-month-old so he can’t tell them what happened.

She said she took Jackson back to school after the injury and later got a call from the director after she reviewed what happened.

“She told me that Jackson was thrown on the floor by a teacher, but they weren’t allowed to tell me who it was."

"They wouldn’t let me see the video or any of that, so I immediately called the police,” Stark said.

Ozark Police Chief Devin Bramlett said before last week, his department had never received any complaints about the daycare. The state Department of Human Services records don't indicate any complaints, either.

Bramlett said there is possibly a second victim involving the same teacher.

Graham was being held Tuesday at the Franklin County Jail.