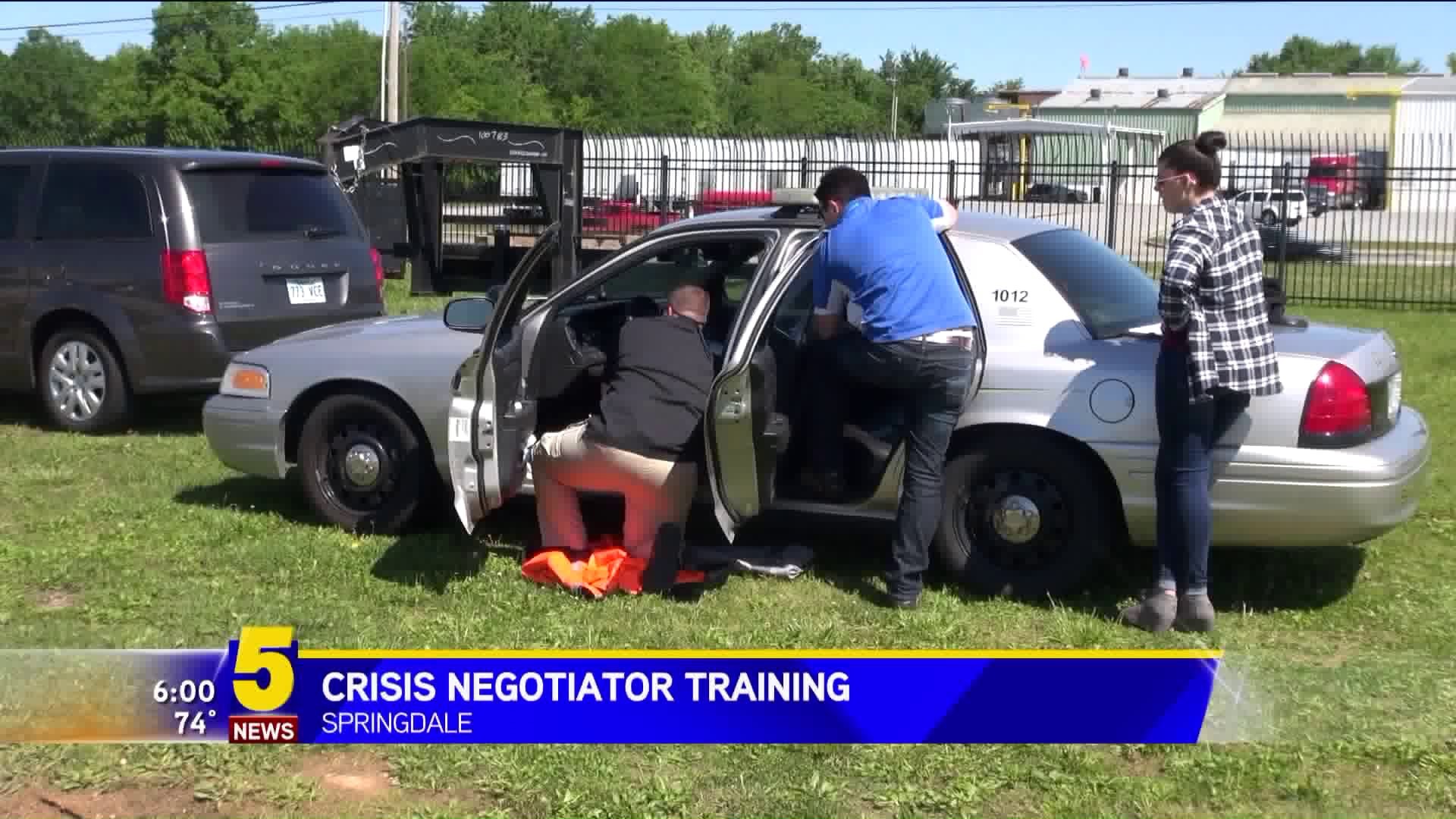 Training officers took part in three different negotiation scenarios. They were trained on a hostage situation in a house, a traffic stop with a suicidal person and a person threatening to jump off a building.

“We want to know where the person is mentally and emotionally and why they are there and how they got to that point that they're in crisis. That way we can get them the most effective help and resolve the situation peacefully,” Lt. Derek Wright said.

“Not quite realistic like Hollywood portrays it. In real life situations, our officers really want to help that person in need and it's never a black and white situation that's easily fixed,” he said.

Wright said Springdale officers encounter someone in a mental health crisis several times a year, but not all situations lead to a negotiation. He said the negotiation team only handles the most critical of these situations.

“We do initial training and recurrent training that way our officers maintain the highest level of negotiation ability so they can help the people that are in the need the most,” he said.

Springdale Police hosted the training course, but Fayetteville and Rogers officers also got to train along with them.