FAYETTEVILLE (KFSM) — A Fayetteville man is accused of trying to snatch a 2-year-old from a car before breaking into a local business on Saturday (Jan. 5) ̵... 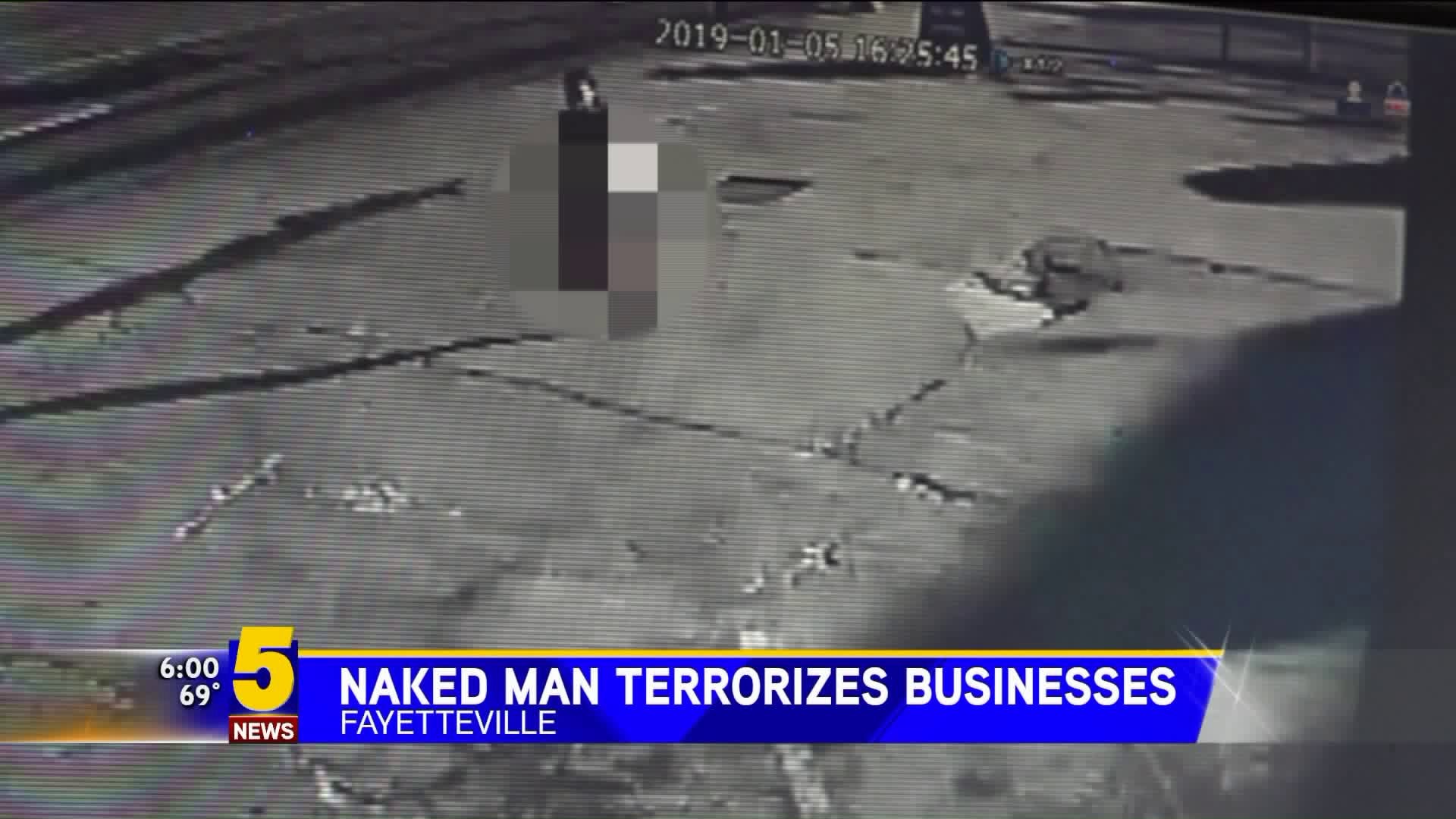 FAYETTEVILLE (KFSM) — A Fayetteville man is accused of trying to snatch a 2-year-old from a car before breaking into a local business on Saturday (Jan. 5) -- all while he was nude.

Fayetteville police were called about 3:24 p.m. Saturday to College Avenue and Lafayette Street, where Wood was running around naked and speaking incoherently, according to an arrest report.

Police said Wood tried to enter a GMC Sierra parked at Auto Zone and grab the child inside. He later made off with the owner's Mountain Dew and cigarettes.

Wood kept walking around the parking lot when he yelled an expletive and threw the soda at another driver, which cut and bruised them after hitting them, according to the report.

Wood then ran off toward 410 Vintage Mart, where he managed to get inside, destroy some items and terrorize the employees.

Wood ran off again, ignoring police commands to stop. He tried to climb a chain link but got caught at the top before falling off into a parking lot of Maple Street Towing. Police managed to arrest Wood inside the back of a pickup.

Police said Wood kept speaking incoherently while he was in custody. He was also tased at the Washington County Detention Center for failing to obey orders from sheriff's deputies.