Police: Naked Man Arrested After Breaking Into Vehicles, Being Chased Down Street

VAN BUREN, Ark. (KFSM) — Van Buren Police say a man breaking into vehicles at a church was caught with his pants down — literally. Robert Earl Woods, 41, of Mul... 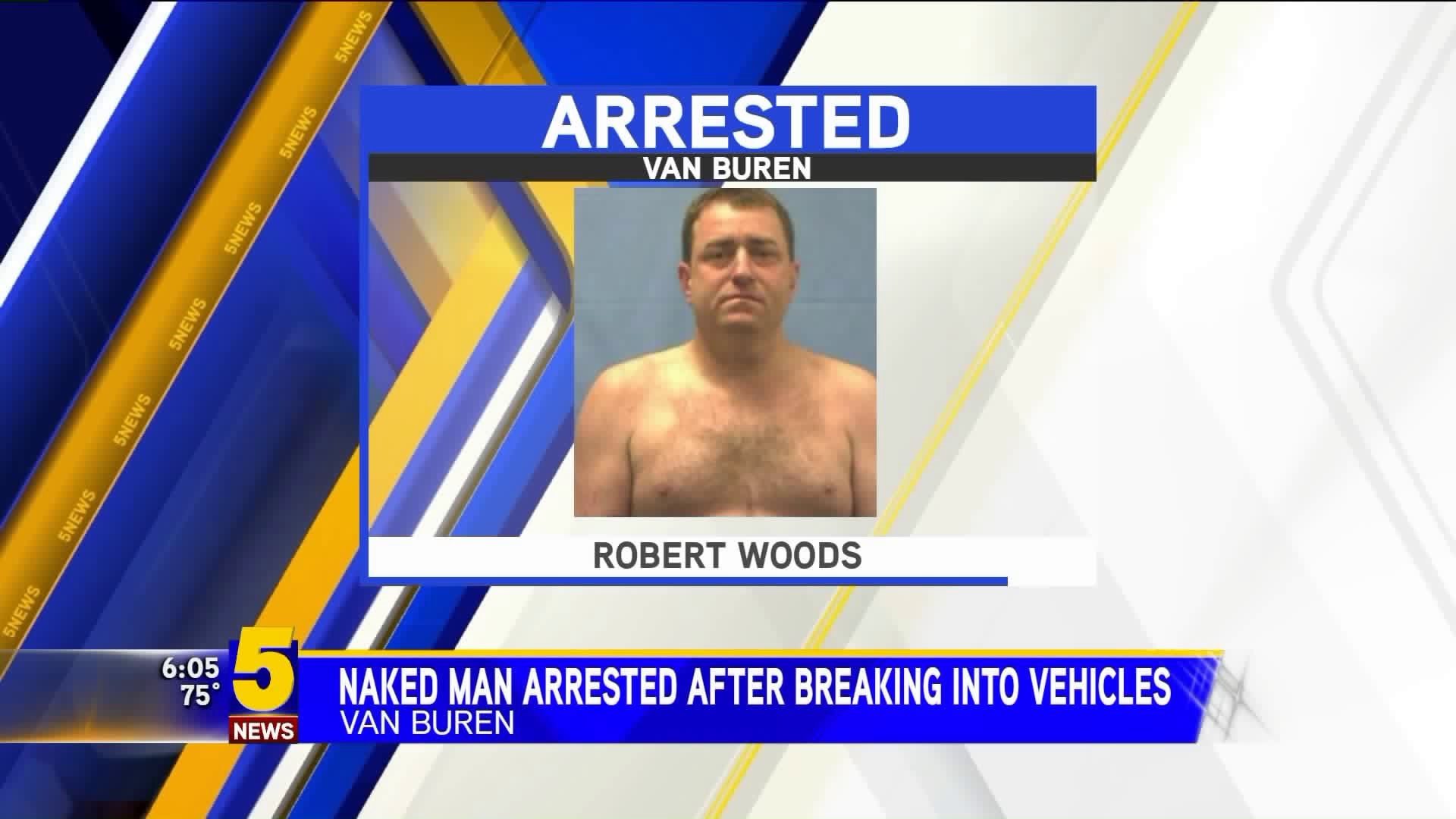 VAN BUREN, Ark. (KFSM) — Van Buren Police say a man breaking into vehicles at a church was caught with his pants down — literally.

According to Sgt. Jonathan Wear of the Van Buren Police, officers responded to a call about 9 p.m. Saturday (April 20) of a fully naked man being chased down the street by another man. Officers arrived on scene and were told by the victim in the case that he had been at a church event downtown and found the naked man in his vehicle when he returned.

It was later found that the naked man had broken into three businesses and two vehicles downtown, Wear said. The naked man was identified as Woods.

Police searching the area found an open door to a business in the 400 block of Main Street and followed a fresh blood trail into the building, but did not find the suspect. They later found his clothing and wallet in the victim's car and identified him as Woods from Mulberry.

While continuing the search, police got a call of a man moaning in the area of Sixth and Webster streets and found Woods trapped in an attic crawlspace at 512 Webster. Because it was about a 15-foot drop from the attic to the ground, the Van Buren Fire Department was called in to help get Woods out of the crawlspace. Woods was then arrested.