SILOAM SPRINGS (KFSM) — An arrest has been made in Siloam Springs after a woman said she was sexually assaulted on a trail. A woman told police she was wa... 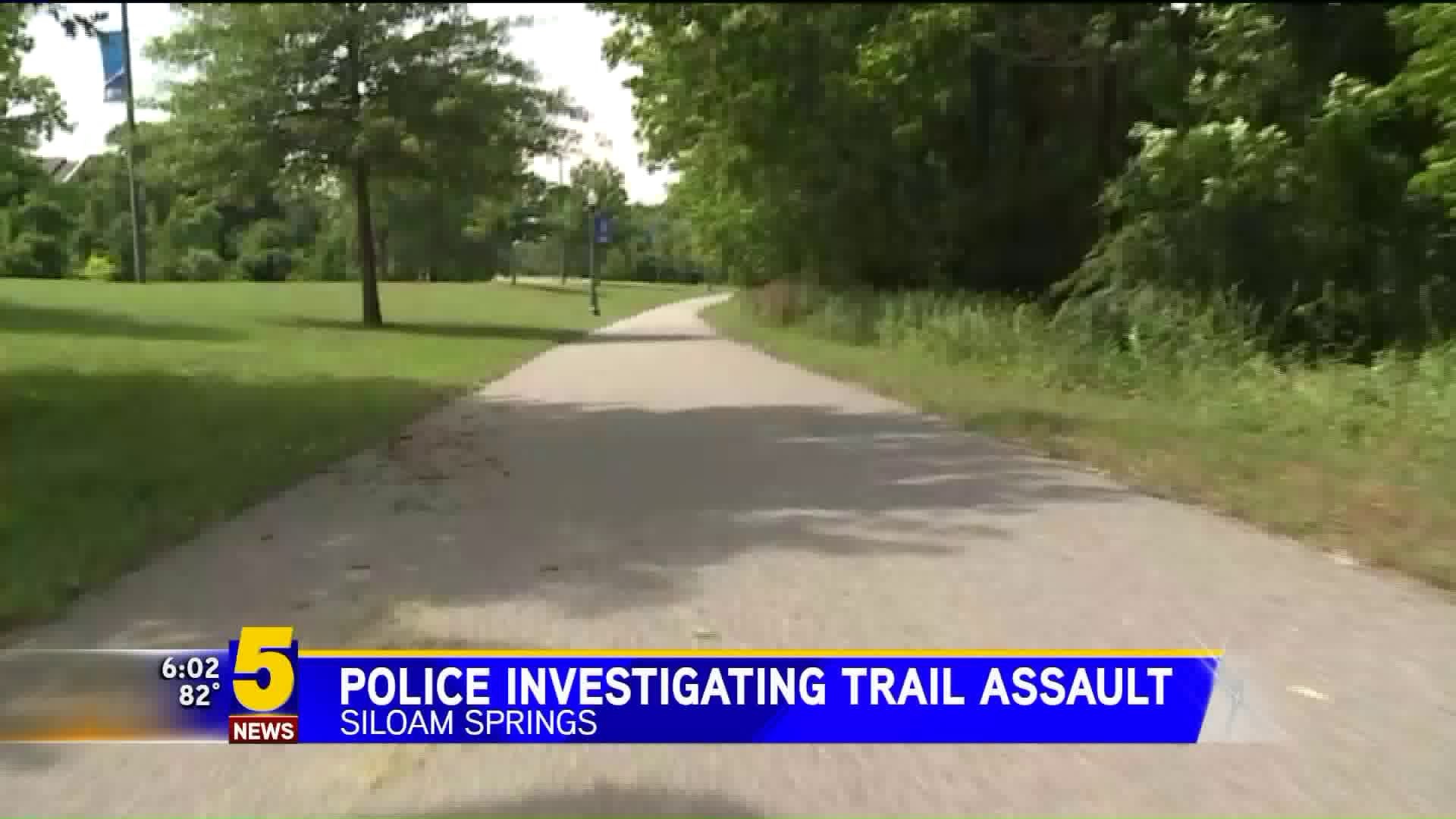 SILOAM SPRINGS (KFSM) -- An arrest has been made in Siloam Springs after a woman said she was sexually assaulted on a trail.

A woman told police she was walking on a trail May 11 at 7 p.m. near John Brown University when a man riding a bicycle sexually assaulted her.

Police arrested Anthony Harris in connection to the assault. Surveillance video shows him watching the victim at the top of a large staircase known as the "100 stairs" before the alleged assault.

The victim said she stopped to sit down and noticed that Harris stopped riding his bike and sat down behind her. She then got up and continued walking alongside the creek.

A few minutes later, she saw Harris riding past her and then toward her. That's when she said Harris got close to her, slowed down, reached his hand out and grabbed her breast, started laughing and continued riding his bike.

One woman 5NEWS spoke to on the trail said she isn't surprised to hear what happened.

"As a girl, I feel like coming alone isn't the best thing and to hear something like that is just, wow. I always knew deep down inside that I should probably be coming with somebody," she said.

She said while she sometimes runs alone, she is usually with a friend or her dog.

“Depending on the time that you come, a lot of times you are by yourself, you are running alone. I know me when I come by myself I am constantly looking behind my back especially because I have these on and I know I’m not listening to my surroundings," she said.

Another woman who uses the trail often said she normally feels pretty safe because there are so many people out there.

“I’m usually with a friend and most people are in groups, but I’ve come out here by myself sometimes and I’ve never felt uncomfortable," she said.

Harris turned himself into Siloam Springs police on May 25 after seeing pictures from the surveillance video of himself. He is facing charges of second-degree sexual assault.