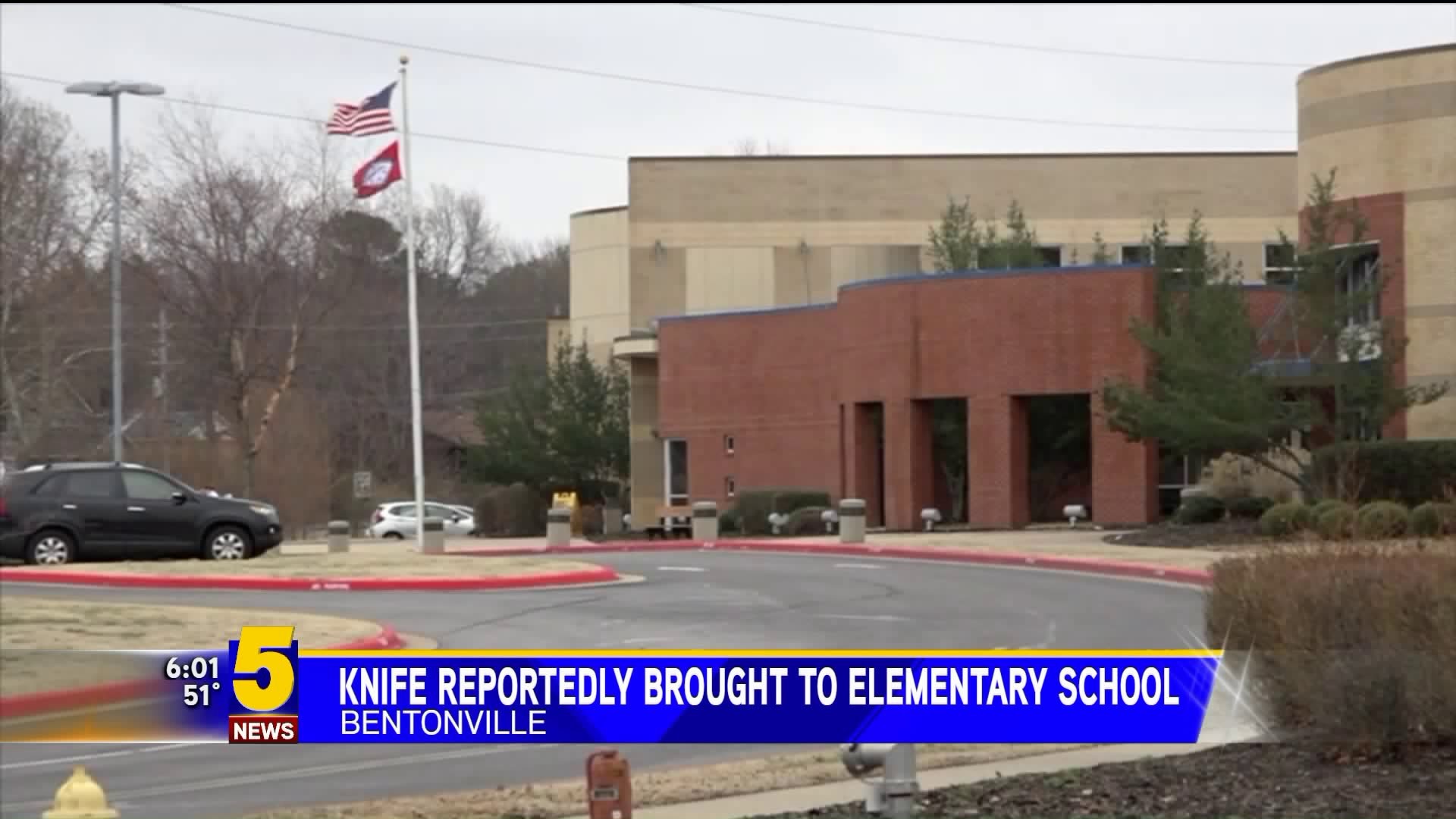 BENTONVILLE (KFSM) -- Police are investigating after a knife was reportedly brought to Mary Mae Jones Elementary School in Bentonville.

Bentonville police declined to release further details but confirmed a police report was filed last week, according to Sgt. Gene Page, spokesman for the department.

No details have been released by the school or police about what happened due to The Family Educational Rights and Privacy Act (FERPA).

"Federal law prohibits us from discussing any details, but we have taken every step possible to ensure the safety of our students."

Tasha Davis, the mother of a 10-year-old boy who attends the school, said another student brought a steak knife to the campus intending on harming her son because he was annoying.

Davis said the student who brought the knife tried to get other kids to help her, but one student alerted a teacher who intervened and quickly took action.

"I'm worried about him and his emotional state and terrified that he could happen to him in school because he's in fourth grade, it's not normal."

She's still trying to piece together why the other students wanted to hurt her son.

"I want to know what made the girls hate him so much that they wanted to hurt him and understand what was going on. If there is something I'm not aware of, I want to be able to know the whole story."