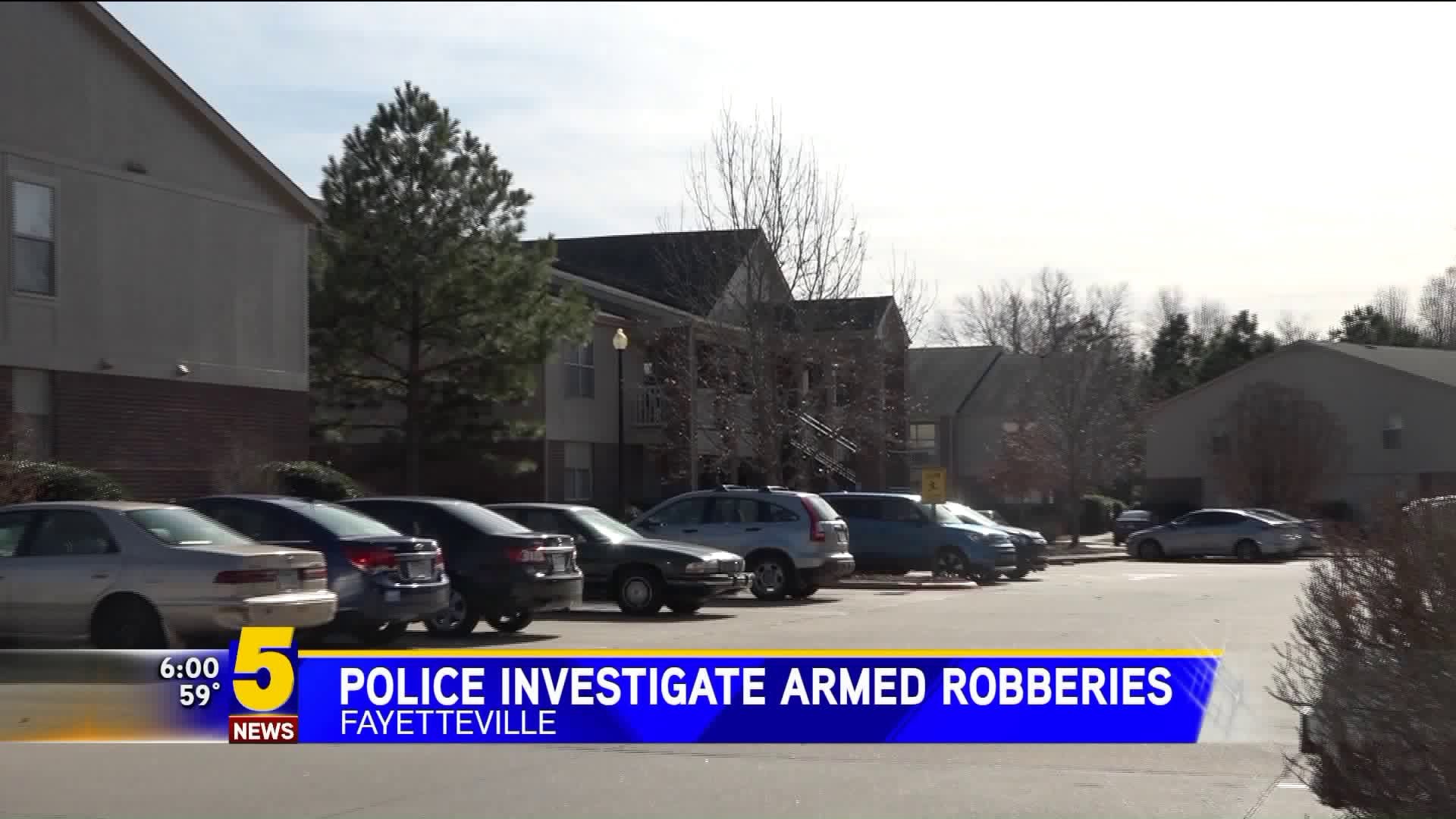 Both robberies happened just two miles apart and within two hours of each other.

In both incidents, the victims were inside their cars when someone approached them with a gun, and then robbed them. No one was hurt during these attacks and police said they still aren't sure if the two are connected.

No one was hurt but the robber got away with a wallet and some other belongings.

The first robbery was around 6:43 p.m. outside of condos in the area of 1771 N. Chestnut, just a few blocks away from the intersection of Sycamore and Gregg.

The second occurred around 8:27 p.m. at an apartment in the area around 1324 N. England, just off Porter Road.

Police said the suspect matched both of the victim's description: a short, young black man with a black handgun.  Sergeant Murphy with the Fayetteville Police said residents in Northwest Arkansas should always be aware of their surroundings.

"We do believe these were crimes of opportunity, we don't think it was targetted towards anyone," said Sergeant Murphy. "Suspects may have just been riding around and when they see people that look to be good victims they take advantage of that. So I urge people to always be aware of your surroundings, park under lights, stuff like that."

If anyone sees any suspicious activity, please contact the Fayetteville Police Department.