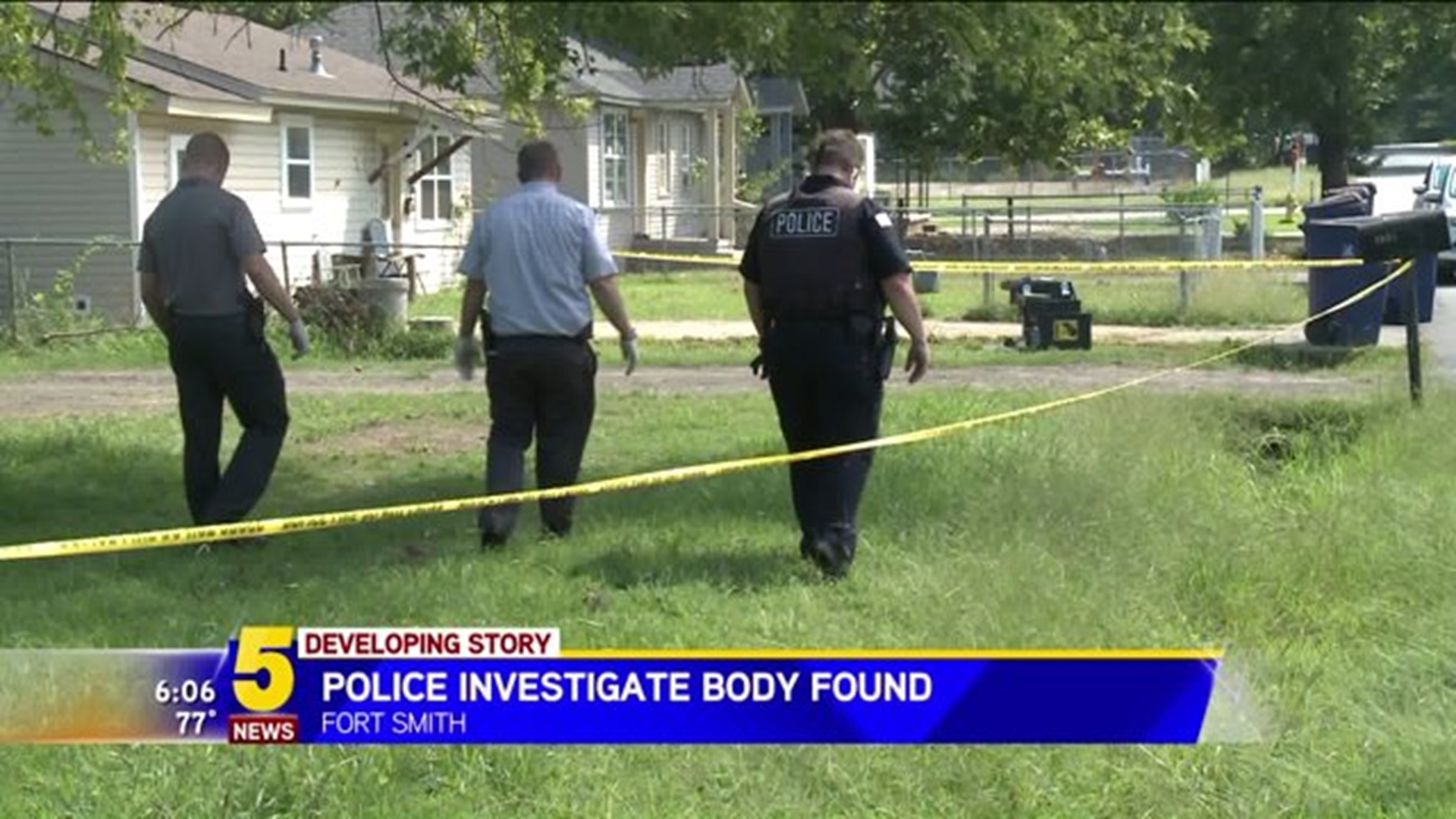 FORT SMITH (KFSM) -- Police are investigating after a man's body was found outside of a Fort Smith home on Monday (Aug. 29).

The body was found outside a home near the intersection of L Street and North 30th Street, in North Fort Smith, police said.

"I was at work and was getting phone calls and everything," homeowner April Taylor said. "I came home, there was police here and a body and that's really all I know."

Police identified the victim as 35-year-old Ronald Holmes. The death investigation started just after 9 a.m. after someone saw the body in Taylor's yard and called police.

The homeowner said she doesn't know the victim. Neighbors said they were alarmed by the situation too. Chris Davis said she came home from running errands to police blocking her street.

"One of the people said there was a dead body on the grass [across the street]," she said.

Police said right now it's not clear what happened to Holmes, but they don't suspect foul play at this time. The body has been sent to the Arkansas State Crime Lab for an autopsy to determine an exact cause of death.

Meanwhile, detectives are talking to family and friends of the victim to try to piece together what he was doing before he died.