FORT SMITH, Ark. (KFSM) — Police are investigating after a man’s body was found in a Fort Smith apartment complex. It’s unclear at this time what th... 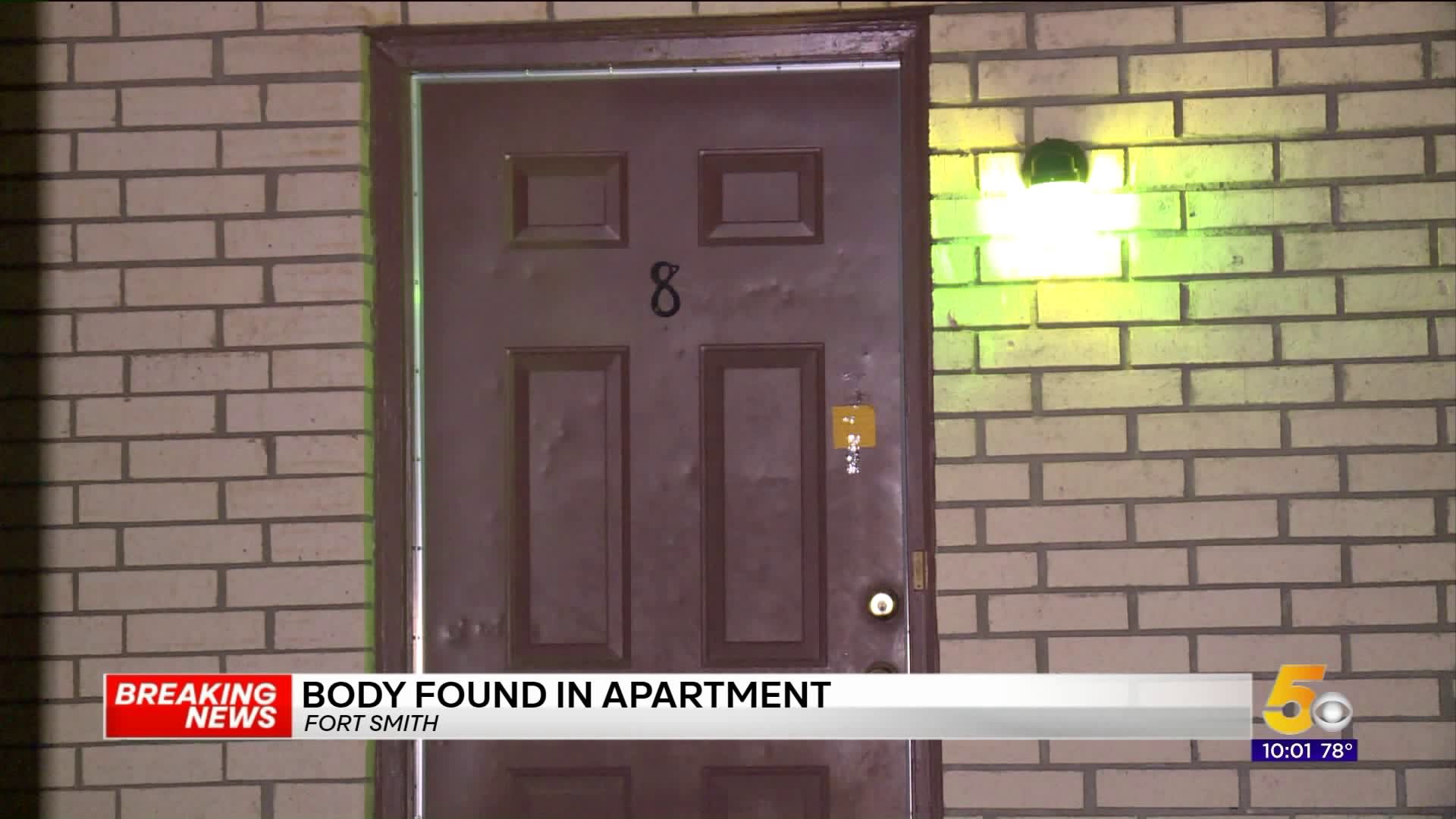 FORT SMITH, Ark. (KFSM) — Police are investigating after a man's body was found in a Fort Smith apartment complex.

It's unclear at this time what the cause of death was, but the body has been sent to the state crime lab for further investigation.

According to Fort Smith Police, there were no visible signs of foul play.

A neighbor at the Sunset Village apartment complex contacted the landlord over concerns about a terrible smell and the landlord is the one who discovered the body.

Krysten Crain lives in the apartment directly above where the man's body was found.

"We were outside and I was chasing the baby by down the sidewalk and there was flies all in this mans apartment in his window, like horse flies, huge ones. So I leaned in and smelt the windows and the neighbor came over and she smelt it to so she decided she needed to call the landlord that it could be something bad. So she called her and told her to come in. She thought the man could have been dead, which is exactly what had happened," Crain said.

Crain says there has been a foul smell coming from the apartment complex for about a week, but police say the man's body has been there for possibly three weeks.

She says the smell is so awful that she and the rest of her family are running fevers and getting sick, so they are staying somewhere else for the time being.

"We at Trinity Multifamily were saddened to hear about the passing of a long-time resident. Our thoughts and prayers are with the resident's family. Trinity Multifamily has been cooperating with first responders and the Fort Smith Police Department to ensure a swift response."