LITTLE FLOCK, Ark. (KFSM) — Little Flock Police are searching for a suspect they say is impersonating a police officer. According to police, the suspect is a wh... 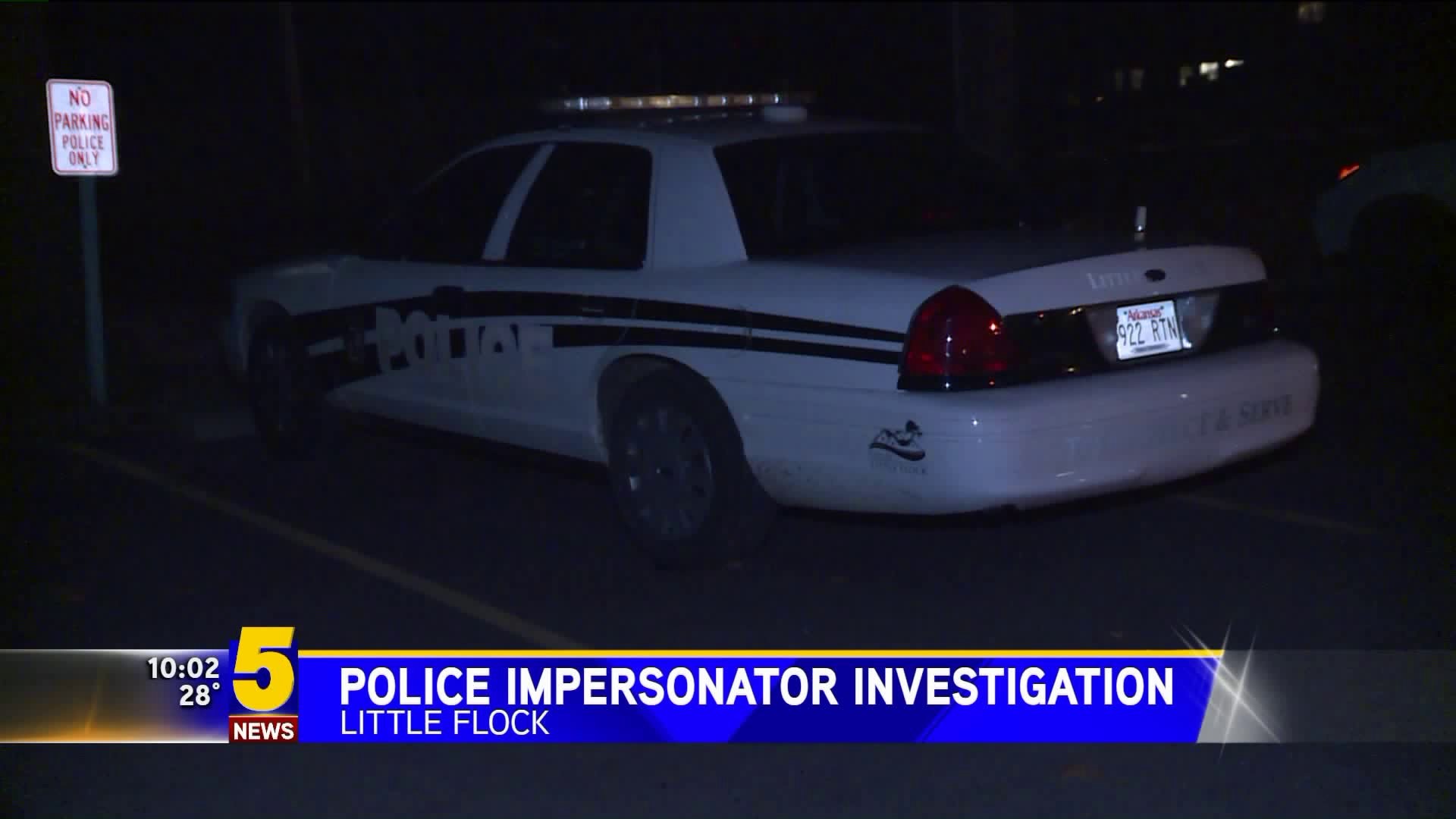 LITTLE FLOCK, Ark. (KFSM) — Little Flock Police are searching for a suspect they say is impersonating a police officer.

According to police, the suspect is a white male with a goatee and approximately 5'10" to 6'0" tall. He was wearing tan dress slacks, dress shoes, a light-colored jacket and drove a white Ford Crown Victoria with a small light bar on the front windshield with red and blue flashing lights.

Police say he had a small badge, a gun, a set of handcuffs, a spotlight and also wore a radio and an earpiece.

The victim, who was pulled over twice, stated that the suspect never said who he was or which department he was with. The suspect also did not ask for any proper paperwork from the driver or give him a reason for the stop.

The victim says the second time he was pulled over that the suspect ordered him to get out of the vehicle along with his son. The impersonator searched his truck for about 30 seconds and then left the scene.

According to police, the city of Little Flock does have a Crown Victoria but it is fully marked.

Officer Holliday says one of the victims did not contact police right away.

"We had one incident on the 24th and then the 25th where one victim was pulled over again by the guy, the same guy two separate times in two days for one of the victims so he decided on the 25th he would come report it," said Holliday.

On Tuesday (Jan. 29) police said they did stop a white Crown Victoria vehicle on Dixieland Road, but the vehicle and the driver are not involved in this case.

"Officers have made contact with this person and determined he was not involved in any of the traffic stops that were related to our investigation," said Little Flock Police.

Police warn the public to use caution when being pulled over and if you are unsure if it is truly a police officer, drive to a well-lit or populated area and call 911.

If you have any information please contact the police at 479-936-7911 or police@cityoflittleflock.com.

On Thursday (Jan. 31) Little Flock Police released the following update about the search for the cop impersonator on Facebook:

We just want to update everyone on the status of the police impersonator case. At this time, we have not received any more complaints of this person pulling over, or attempting to pull over anyone else. We have received several great tips from citizens as well as other law enforcement agencies. Each of these pieces of information is being investigated. At this time we do not have any new information to share with you on this case. Please rest assured however that our department as well as departments all across Northwest Arkansas are on the lookout for this individual and are being especially vigilant to keep you safe. Thank you to all the watchful citizens who have reported information to us as well as all of our neighboring law enforcement agencies that have continued to assist us!