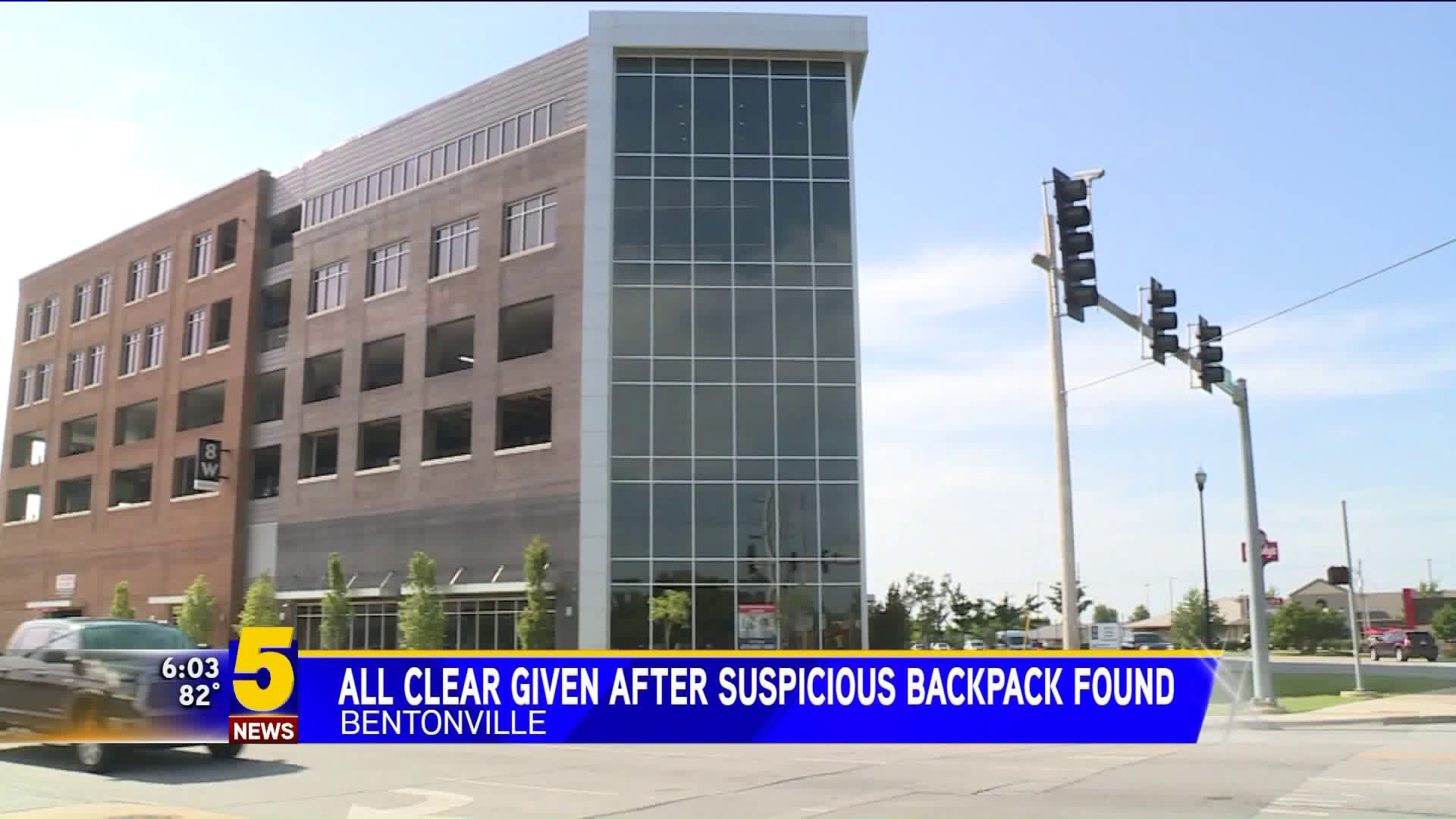 BENTONVILLE (KFSM) — Police were called to investigate a suspicious backpack at the 8W building near Walmart's corporate headquarters early Monday.

Sgt. Gene Page with the Bentonville Police said they were called to a report of a suspicious backpack on the south side of the 8W building across from the Walmart Home Office at 6:57 a.m.

According to Page, the red backpack wasn't marked and had wires coming out of it. The wires were wrapped around a gas line attached to the building.

The Bomb Squad was called in, and a robot was deployed to investigate the backpack, he said.

It turned out to be a gas locator device, probably left by a gas company employee. Page said they were checking with the local gas company to ensure it was their equipment.

The road was reopened to traffic about 8:25 a.m., Page said.

The investigation caused significant traffic issues right at rush hour Monday morning. Witnesses said traffic was being redirected around the Bentonville Plaza building northbound, with drivers being forced to turn onto Redbud Street. Southbound drivers were directed onto SW 8th Street to SW I Street to avoid the area.