FORT SMITH (KFSM) — Fort Smith police arrested a man Friday (Sept. 28) after he allegedly held two women hostage for two or three days inside an apartment on No... 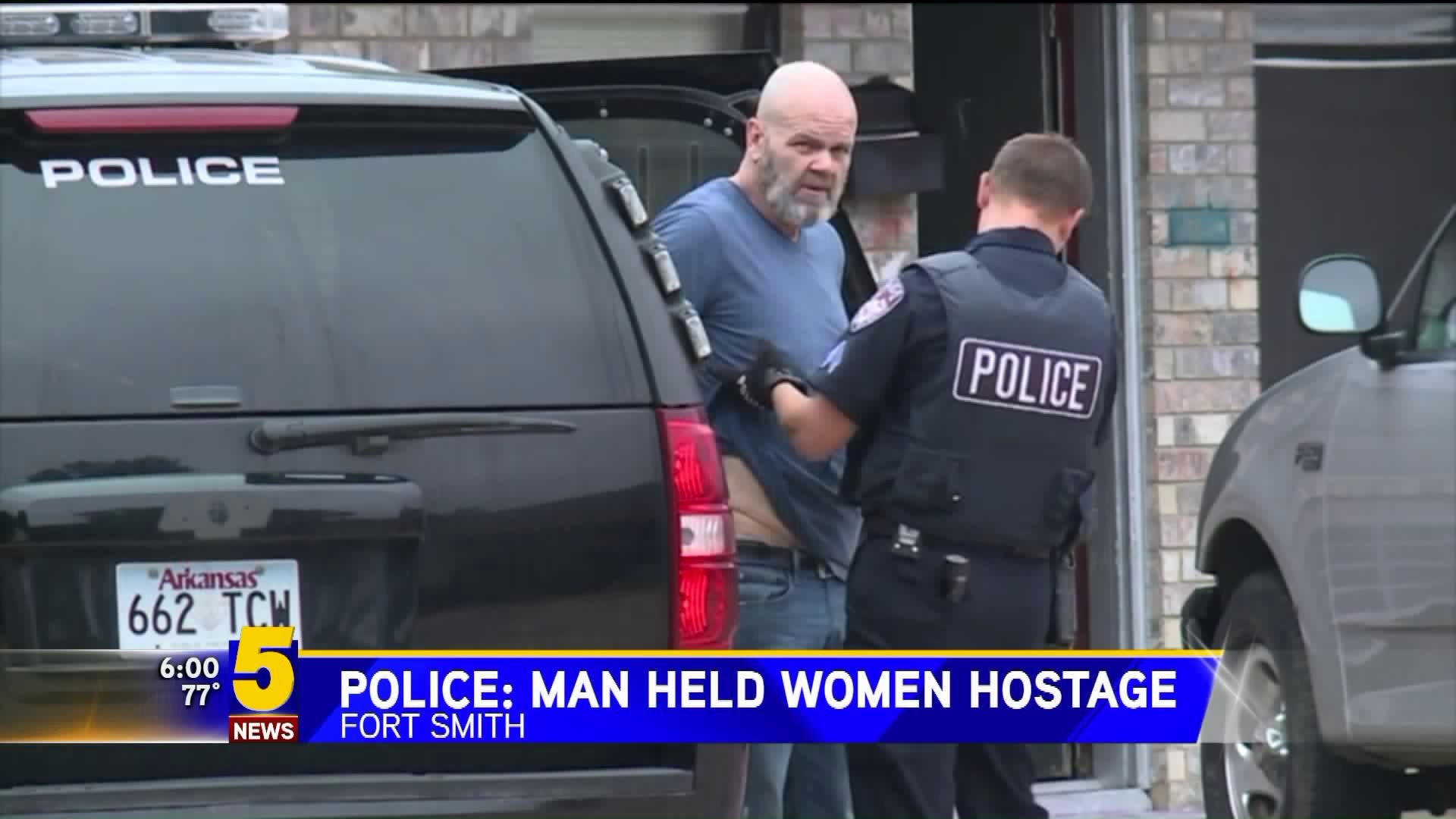 Billy Grantham was arrested around 10 a.m. at an apartment complex near North Albert Pike Avenue and High Street, police said.

He faces charges of felon in possession of a handgun, domestic battery second, two charges of terroristic threatening and domestic aggravated assault with a weapon.

One of the women was badly beaten but had non-life-threatening injuries, police said. The women told police

Grantham threatened to harm them if they called police or left the apartment.

“The victims are safe now. Of course, there is a process, a net in place right now for the victims in these types of crimes," said Wendell Sampson with the Fort Smith Police Department.

"We are going to make sure that the proper notifications are made and that any assistance she needs and her family is going to need is provided to her."

An anonymous caller tipped police off to the incident. Police declined to give specifics, but said the caller noticed something unusual happening at the apartment complex. Police arrived and found the door ajar. Grantham was hiding inside.

Police said Grantham already had three warrants out for his arrest.

A search of court records reveal a lengthy history of charges dating back to 2000 for Grantham in both Oklahoma and Arkansas, from assault and battery to drug possession to domestic assault.