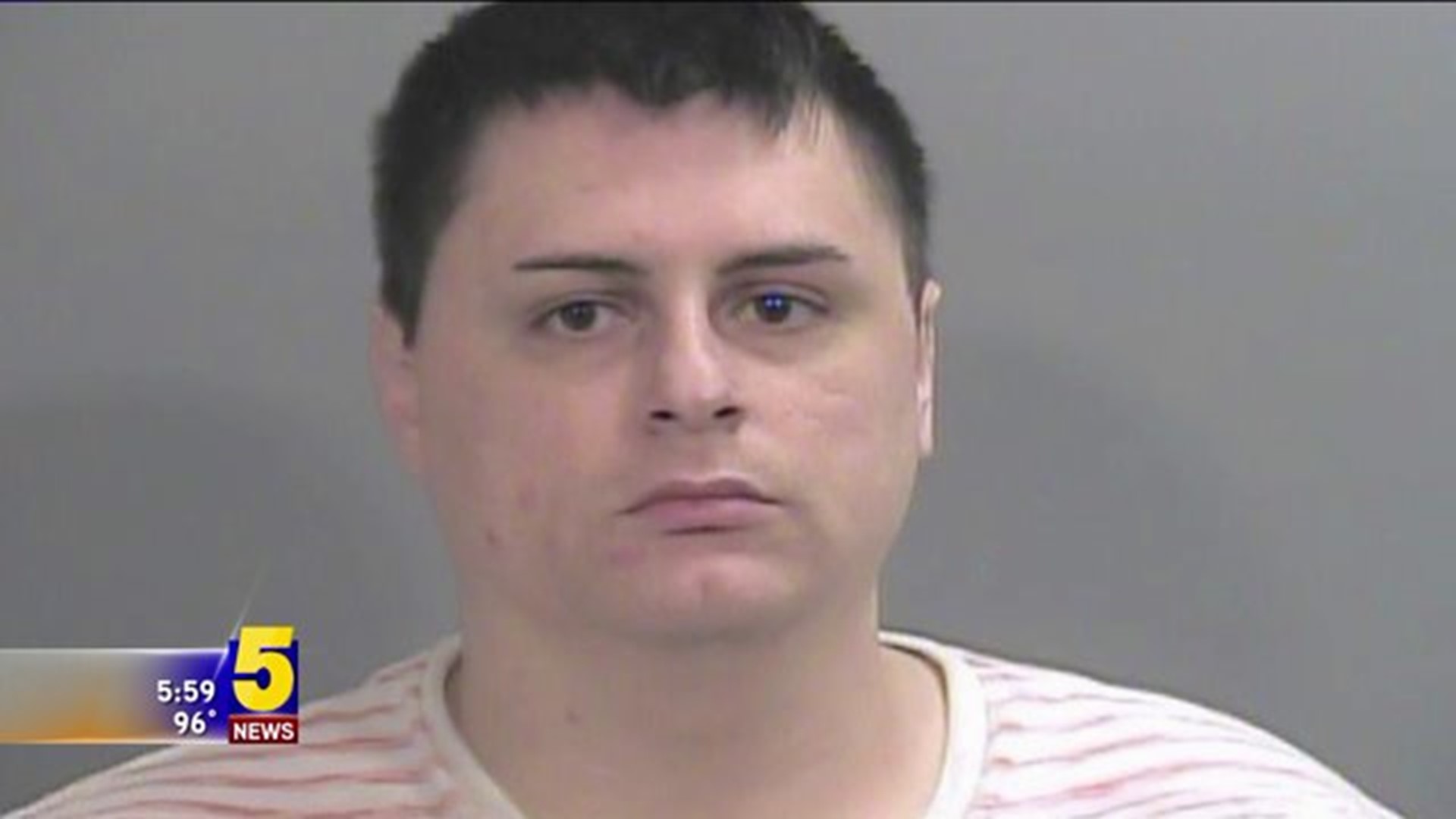 Anthony McKown, 29, was in the care of his one-month-old son when the child got a large bruise on the left side of his face, according to McKown's arrest report.

According to a doctor, the child sustained the injury just minutes before he was admitted to the hospital, the arrest report states. An X-ray showed a fracture on the left side of the boy's skull and a doctor said that the child was possibly brain dead because of injuries consistent with blunt force trauma, according to the arrest report.

The child's mother told police she left her son with McKown while she drove to work.

McKown told officers he had picked up the child and brought the baby to a motel room, the arrest report states. He said he was feeding the baby, when the child stopped breathing.

McKown asked detectives if he was in trouble or if he was going to get arrested. He then requested an attorney after police wanted his side of the story.

McKown was convicted of second and fourth-degree sexual assault in 2007. He was sentenced to eight years in prison and seven years suspended sentence.

In May 2016, records show McKown was arrested for failing to report an address change as a registered sex offender.

He has been booked into the Washington County Detention Center on $50,000 bond.