BENTONVILLE, Ark. (KFSM) — A Bentonville preschool is shutting its doors after accusations its director carried a child around by the neck. The director of the ... 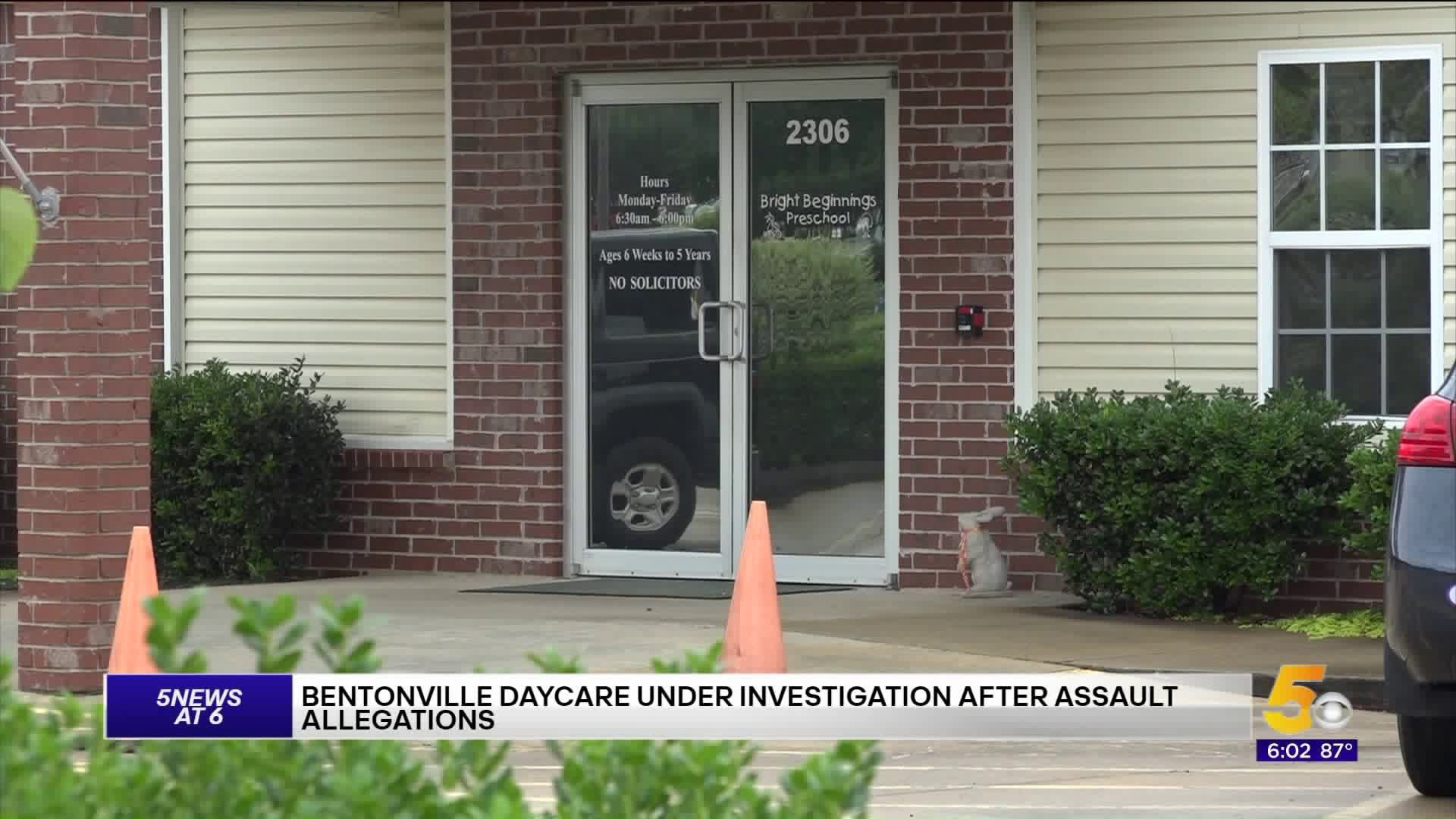 BENTONVILLE, Ark. (KFSM) — A Bentonville preschool is shutting its doors after accusations its director carried a child around by the neck. The director of the preschool, Cathy Casto, turned herself in to police Thursday (Aug. 8) after a warrant was filed for second-degree assault.

This comes after a photo of the alleged incident began circulating on Facebook.

Both the Arkansas Department of Human Services (DHS) and Bentonville police are actively investigating the incident at Bright Beginnings Preschool.

"Good afternoon. I wanted to share with you that we just had an investigator here following a report that I carried a 4-year-old out of the classroom inappropriately during a temper tantrum.  I wanted each of you to hear directly from me about this. I did not, and have not ever handled a child inappropriately. Please feel free to call if you have any questions."

Another parent shared an email with 5NEWS stating the daycare would shut down on Wednesday (Aug. 7).

This isn't the first claim against the preschool. 5NEWS spoke with one mom who says she also filed a report to DHS in June about the mishandling of her daughter.

The woman, who requested to remain anonymous, explained how her 18-month-old daughter had to get multiple stitches above her eyebrow while she was playing outside — and no preschool employee could tell her what happened.

"I understand that kids get hurt. But at this point, there were three teachers outside with this classroom, I want to say 12 kids total, and not a single one of the three teachers knew what happened," the woman said.

She quickly pulled her daughter out of daycare at Bright Beginnings.

"I feel like my child is not safe going here. I feel like this is not a safe environment. No one knows what happened. That's not okay with me. No one is doing anything about it," the woman said.

A review of Bright Beginnings' records showed DHS citations in June for poor record-keeping and lax notification for injured children.

The latter violation noted "any child who is injured shall have immediate attention. Parents shall be notified of all injuries. Injuries that require the attention of medical personnel shall be reported to the parent immediately and to the Licensing Unit within one business day," according to DHS records.

5NEWS has reached out to Casto but did not get a response back. She was released from jail with a future court date scheduled.