SILOAM SPRINGS (KFSM) — A Siloam Springs couple is accused of growing marijuana and storing guns in the same home where they ran a daycare, according to police.... 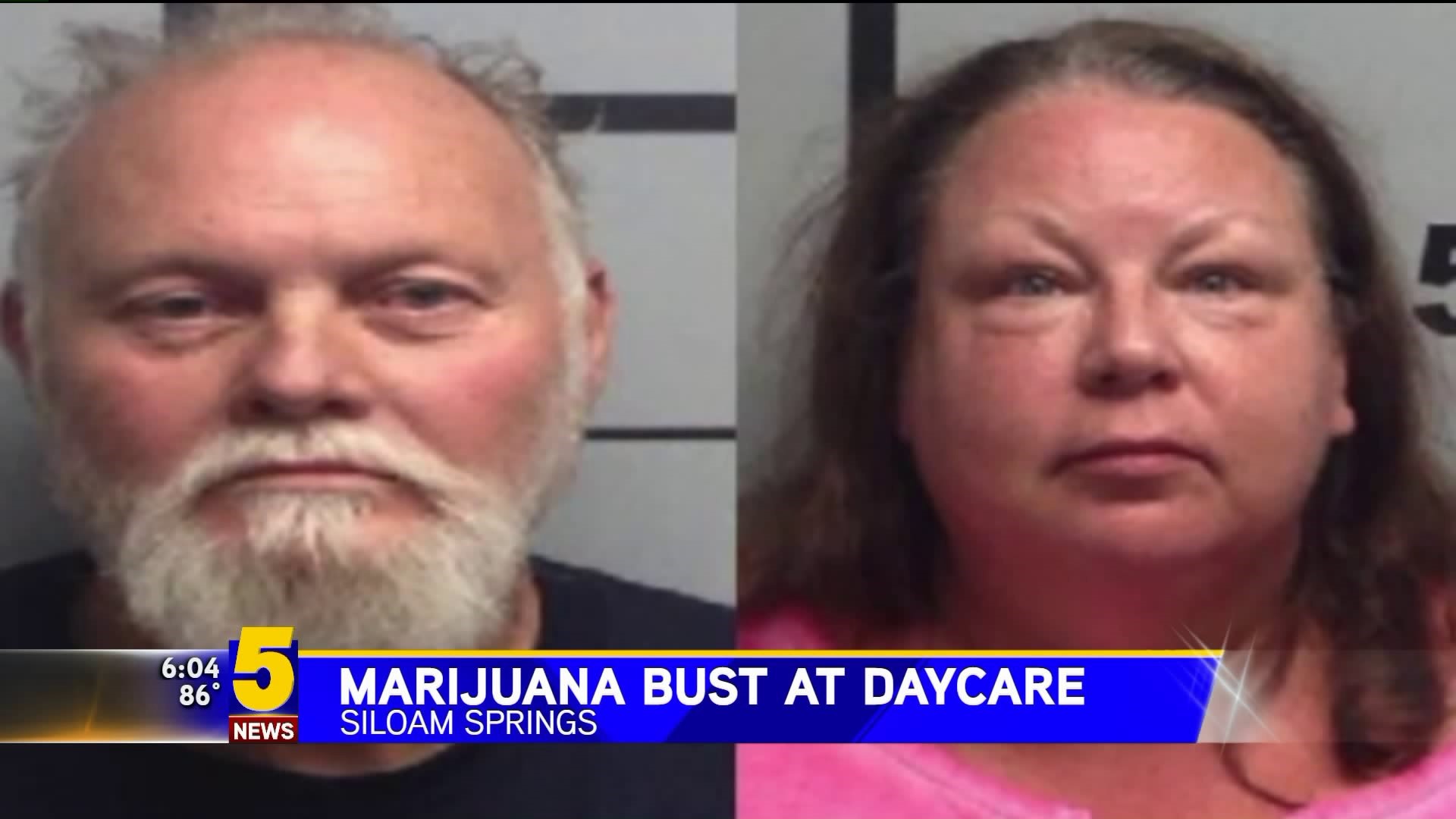 SILOAM SPRINGS (KFSM) — A Siloam Springs couple is accused of growing marijuana and storing guns in the same home where they ran a daycare, according to police.

Siloam Springs police were asked to check on Wayne Hartley after a friend said he was worried about Hartley's well-being when he couldn't get Hartley on the phone, according to a probable cause affidavit.

Police went to the couple's home at 1110 Country Lane, where they found 13 harvested marijuana plants, two pounds of marijuana, 19 firearms, 75 grams of kratom and $31,000 in cash.

The guns were found in the bedroom and kitchen areas, while some of the marijuana was found packaged in a tub inside the freezer.

Police said the couple's home also doubled as Little Darlings Daycare & Preschool, which was licensed to care for up to 10 children, according to the Arkansas Department of Human Services (DHS).

Wayne Hartley told police he had applied for a state license for medical marijuana and thought he could grow six plants, despite not hearing back from any officials, according to the affidavit.

"At this time the focus of the investigation remains on the aforementioned charges," said Capt. Derek Spicer, Siloam Springs police spokesman.

"The investigation is ongoing and broad in scope. Detectives are also looking into any potential child endangerment that may have occurred."

Spicer asked that anyone with children who attended the daycare call the police department at 479-524-4118.

The daycare was last inspected in June, and no violations or deficiencies were found, according to Marci Manley, DHS spokeswoman.

Manley said DHS staff was at the daycare on Monday (Oct. 8) and found no children at the home.

DHS requires that licensees keep guns unloaded and stored in a locked area, along with ammunition.

DHS also prohibits illegal drugs or paraphernalia from being at childcare home even when children aren't there, Manley said.

DHS is still investigating the allegations against the daycare, which was first licensed in 1994, Manley said.

Wayne and Barbara Hartley were being held Monday at the Benton County Jail on $50,000 bonds. They have a hearing set for Nov. 13 in Benton County Circuit Court.