A  Bentonville school bus driver arrested in a Benton County child abuse case has resigned from the school district, a district spokesperson told 5NEWS. The dri... 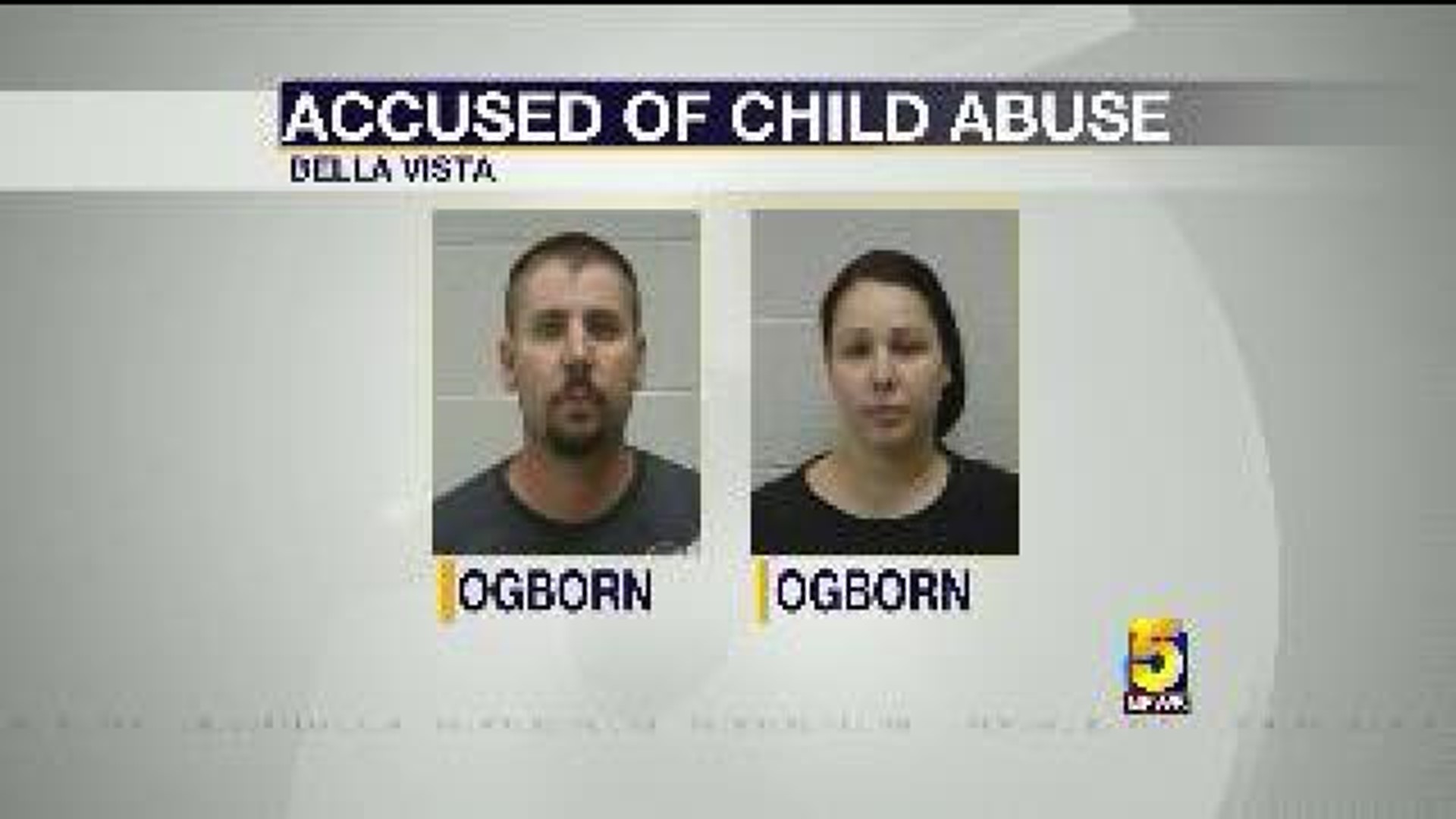 The driver and her husband were arrested Saturday after an officer said their malnourished children looked “like they came from a Holocaust concentration camp."

James and Janefer Ogborn, of Bella Vista, were arrested Saturday on suspicion of several child abuse-related charges, including permitting the abuse of minors and endangering the welfare of minors. They were released from the Benton County Jail without bond by a judge the following day, according to the Benton County Sheriff’s Office.

Janefer Ogborn is a bus driver for the Bentonville School District, according to the school district's website. Her name no longer appeared on the website Wednesday.

Bella Vista police responded Aug. 9 to a home in reference to a possible child abuse call. When officers arrived, they spoke with a child at the residence, who told police his mom, Janefer Ogborn, had hit and kicked him during an altercation. The child also told police the mom “told me she hated me and wanted to put my head through the wall, and would break me in half,” according to a probable cause affidavit in Benton County Circuit Court.

Police said the children “were very thin and extremely pale-skinned,” also noting that their hair was thin and eyes sunken in.

"They looked a lot smaller size way than a child of that age should be and the color of their skin and their appearance where of children that were malnourished," said Captain Tim Cook, Bella Vista Police.

“The children were complaining of being hungry and thirsty,” the affidavit states. “Their skin was also pale and ashy. You could see the veins in their necks and bones sticking out.”

One officer described the children as “looking like they came from a holocaust concentration camp.”

Three children at the home told police they often were forced to stand for long periods of time, were only allowed to use the bathroom four times a day and were allowed two Dixie cups of water a day with meals.

The children also said they were forced to sleep on the floor. If they tried to sneak into their beds during the night, they were yelled at and forced to stand for long periods of time as punishment, the affidavit states.

The children said they were locked in their rooms and watched by video camera because they “steal food,” police said.

When the couple arrived home, Janefer Ogborn denied hitting any of the children, saying instead that she grabbed his cheek when he was not cooperating. Police asked to see the camera footage of the children’s rooms, but the Ogborns said the cameras were not functioning, the affidavit states.

Police seized the children from the home and placed the Ogborn couple under arrest, according to the affidavit.

Neighbors of the Ogburn's told 5NEWS they were shocked to hear the news.

"No matter what it looks like on the surface you never know what`s happening behind closed doors, Jenafer for instance is really friendly," added Harrington.