BOONEVILLE (KFSM) – A couple remained behind bars Monday (June 5) after being arrested on suspicion of leaving three young children in a hot car last week. The ... 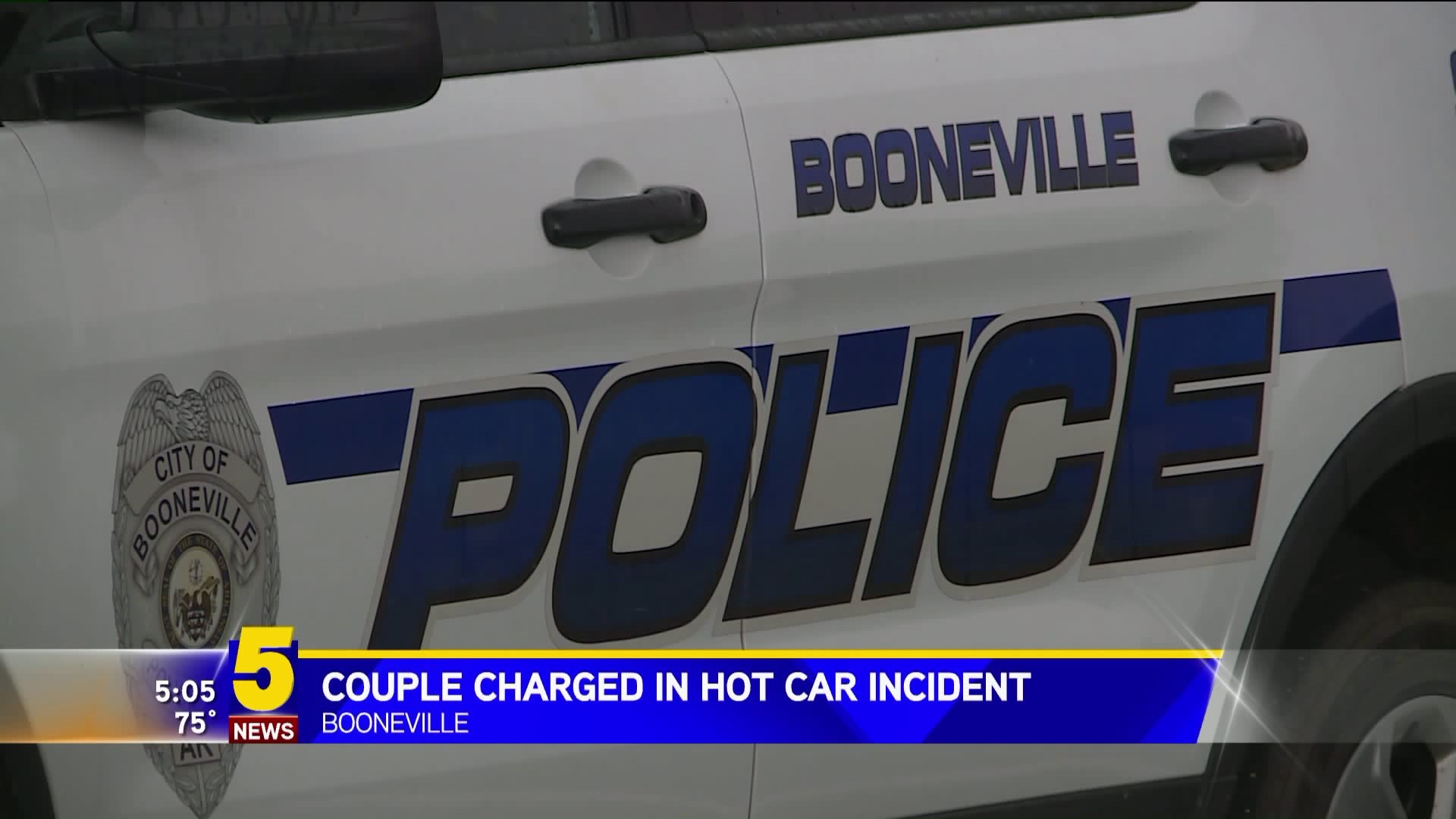 BOONEVILLE (KFSM) – A couple remained behind bars Monday (June 5) after being arrested on suspicion of leaving three young children in a hot car last week.

A witness reported seeing the children and a small dog inside of a vehicle parked in the Booneville Walmart Supercenter, arrest reports state.

An officer arrived and noticed the car was running, but the children appeared to be sweating, and had extremely red cheeks, the report states.

The children had been left alone in the car for about 16 minutes, according to the police report.

The officer stated he felt a wave of hot air hit him when he opened the car door, as the heater was on, and it was 92 degrees outside at the time. He removed the children from the car, put them in his police car with air conditioner and gave them water.

The children's mother, Sonja Jarvis, and a man, James Buffington, were found in a food aisle inside Walmart and were arrested.

Buffington and Jarvis are each facing three counts of endangering the welfare of a minor, as well as one count of animal cruelty, according to the arrest reports. A bond is set for each for $2025.

A Department of Human Services employee took the kids into custody, and animal control rescued the dog, according to police.