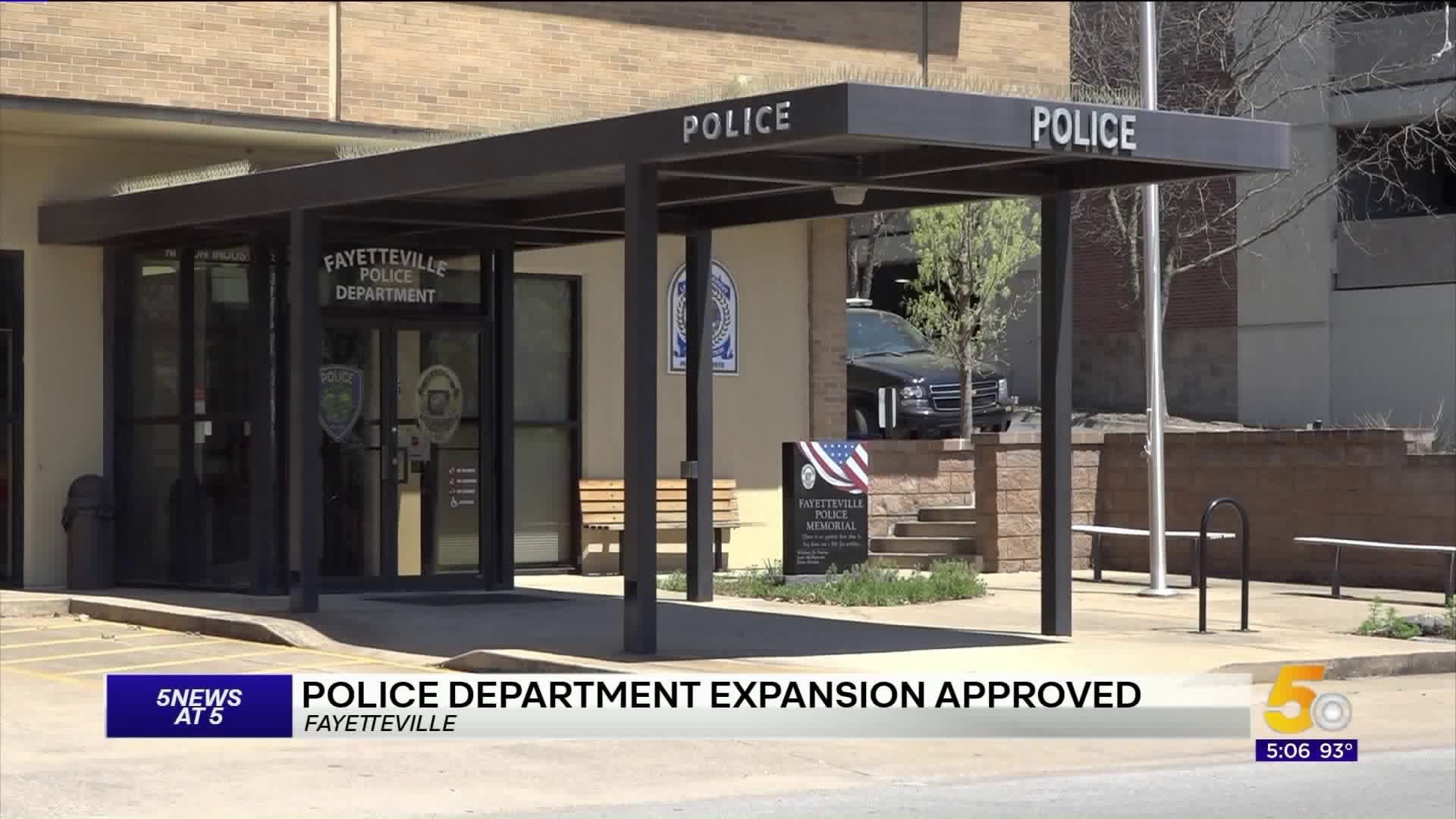 Earlier this week the City Council agreed to purchase land from the University of Arkansas for the $35-million project.

However, the department outgrew the former JC Penny building long ago.

"I was one of the ones that ended up changing in the hallways and had to make sure everything was clear," said Cpl. Dallas Brashears.

"We were just really cramped in, and we’ve done a lot of remodels in the space we have to make it efficient as possible, but we’re still severely lacking in space."

Thanks to a bond passed by voters this year that’s about to change.

The new headquarters will be built on nearly 12 acres of land near the northeast corner of Deane Street and Porter Road.

There are no renderings yet, but the plan is to build three buildings for the 80,000-square-foot complex.

“We’re thankful for our people here in Fayetteville that passed this bond," Murphy said.

"The police department asked for the citizen's help, and they gave us that help, and we’re thankful for that, and we’ll continue giving them the best service that we can. The service that they expect out of their Fayetteville officers."

Under the agreement, the city will pay the university about $2.6 million.

The next step is getting approval for the land purchase by the university.

A meeting is scheduled for Sept. 12.