(CNN) — Planned Parenthood announced Tuesday afternoon that the group’s president is leaving her position after less than a year on the job, at a ti... 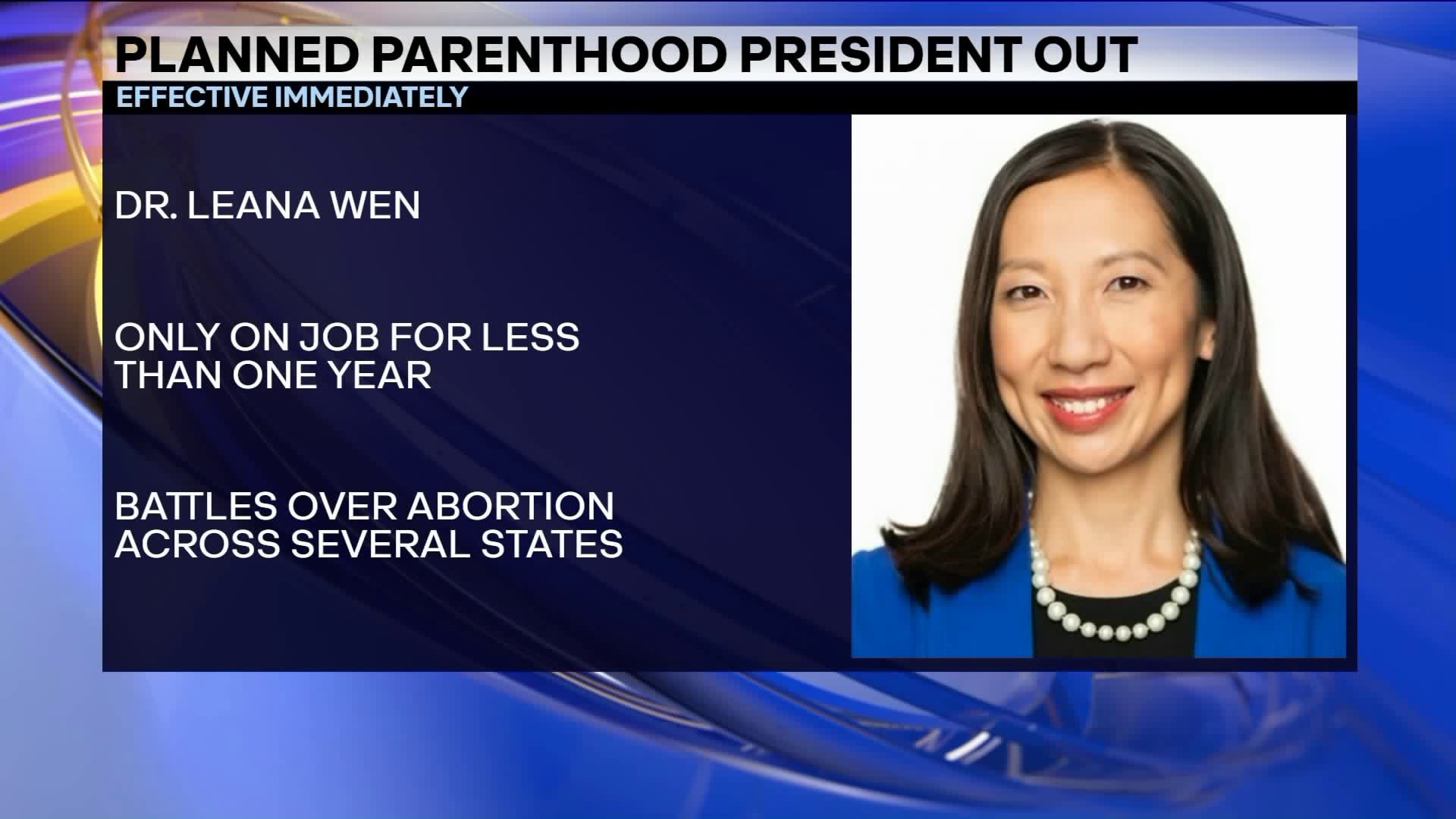 (CNN) -- Planned Parenthood announced Tuesday afternoon that the group's president is leaving her position after less than a year on the job, at a time when Republicans across the US are moving to restrict access to abortion.

Dr. Leana Wen had been picked as the new president of the influential reproductive health organization in September 2018, replacing longtime head Cecile Richards. In a tweet Tuesday, Wen alleged she had been ousted in a secretive meeting.

"I just learned that the @PPFA Board ended my employment at a secret meeting," Wen said. "We were engaged in good faith negotiations about my departure based on philosophical differences over the direction and future of Planned Parenthood."

The non-profit organization's board of directors said Wen was departing her role effective immediately.

"We thank Dr. Leana Wen for her service to Planned Parenthood in such a pivotal time and extend our best wishes for her continued success," said Aimee Cunningham and Jennie Rosenthal, the chairs of the organization's board of directors, in a statement.

This is a breaking story and will be updated.