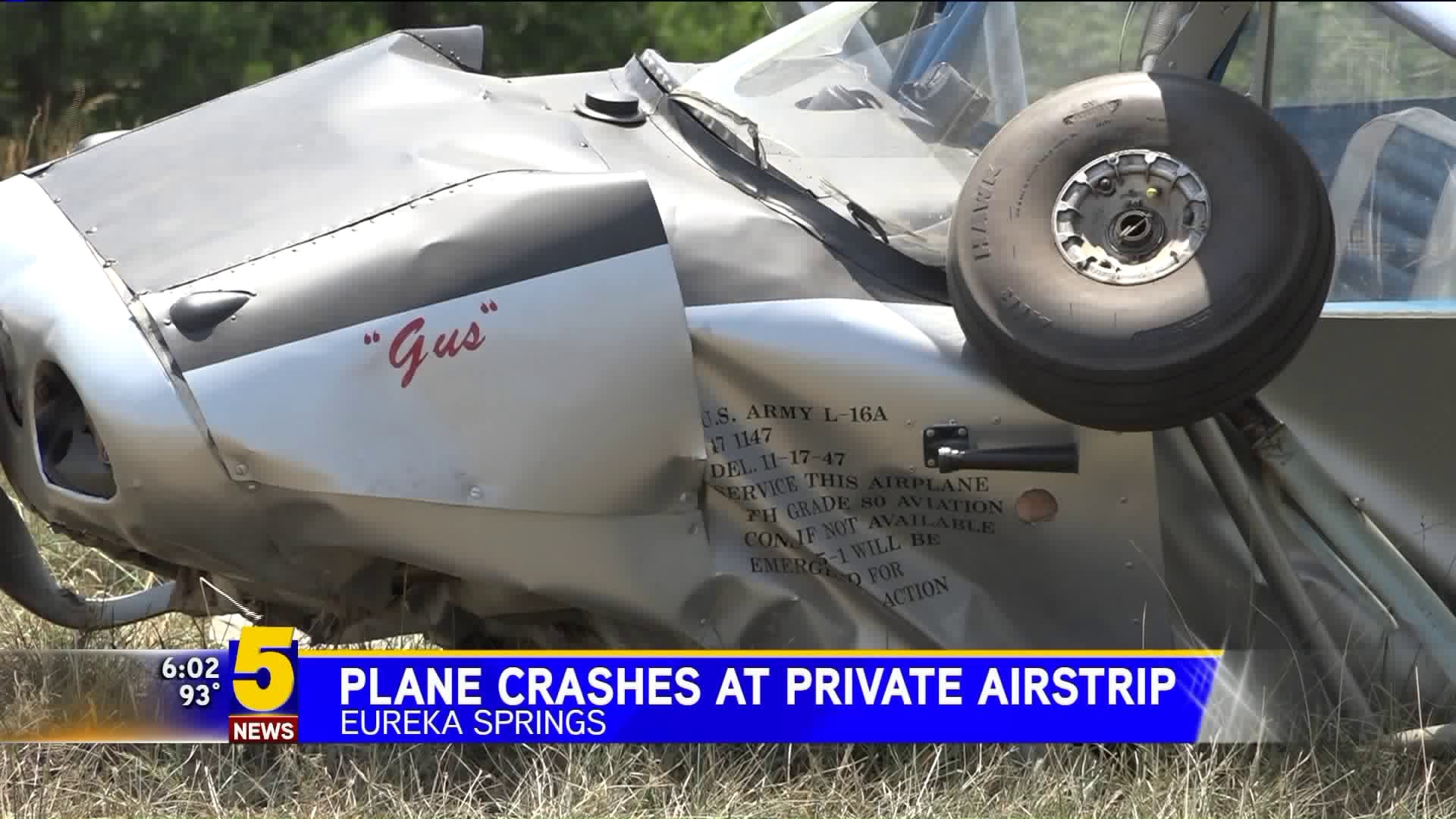 Errol Severe, president of Aviation Cadet World, said the plane that crashed was an Aeronca L-16 historic military aircraft. The plane was taking off from Silver Wings Field off of County Road 207 northeast of Eureka Springs when it crashed.

The plane came to rest approximately 75 yards east of the airstrip and was intact following impact.  Initial reports indicated smoke coming from the plane, however there was no fire, according to the Carroll County Sheriff's Office.  The Federal Aviation Administration (FAA) and National Transportation Safety Board (NTSB) will determine the cause of the crash.

The pilot, Marlyn Atkinson of Excelsior Springs, Missouri, sustained facial injuries and was taken to Eureka Springs Hospital.  No other persons were aboard the craft, Severe said.

Butch Waller, a volunteer at Aviation Cadet World, said he watched the plane take off and then crash.

"He took off to the north, he banked for some reason or another at the end of the runway," Waller said "He just turned it real sharp to the left like he wanted to land in the parking lot field over there and he didn’t make it. He just went down."

Waller and others immediately drove to the plane to make sure the pilot was okay.

He said Atkinson seemed dazed and asked if the plane was okay.

Waller explained it was just pure chaos even after the first responders arrived to help.

The pilot had purchased the aircraft from Aviation Cadet World and had planned to transport it back to Kansas, Severe said.