SEBASTIAN COUNTY (KFSM) — A zoning dispute at Chaffee Crossing has left some business owners upset about a plan to bring new warehouses to the area. Businesses ... 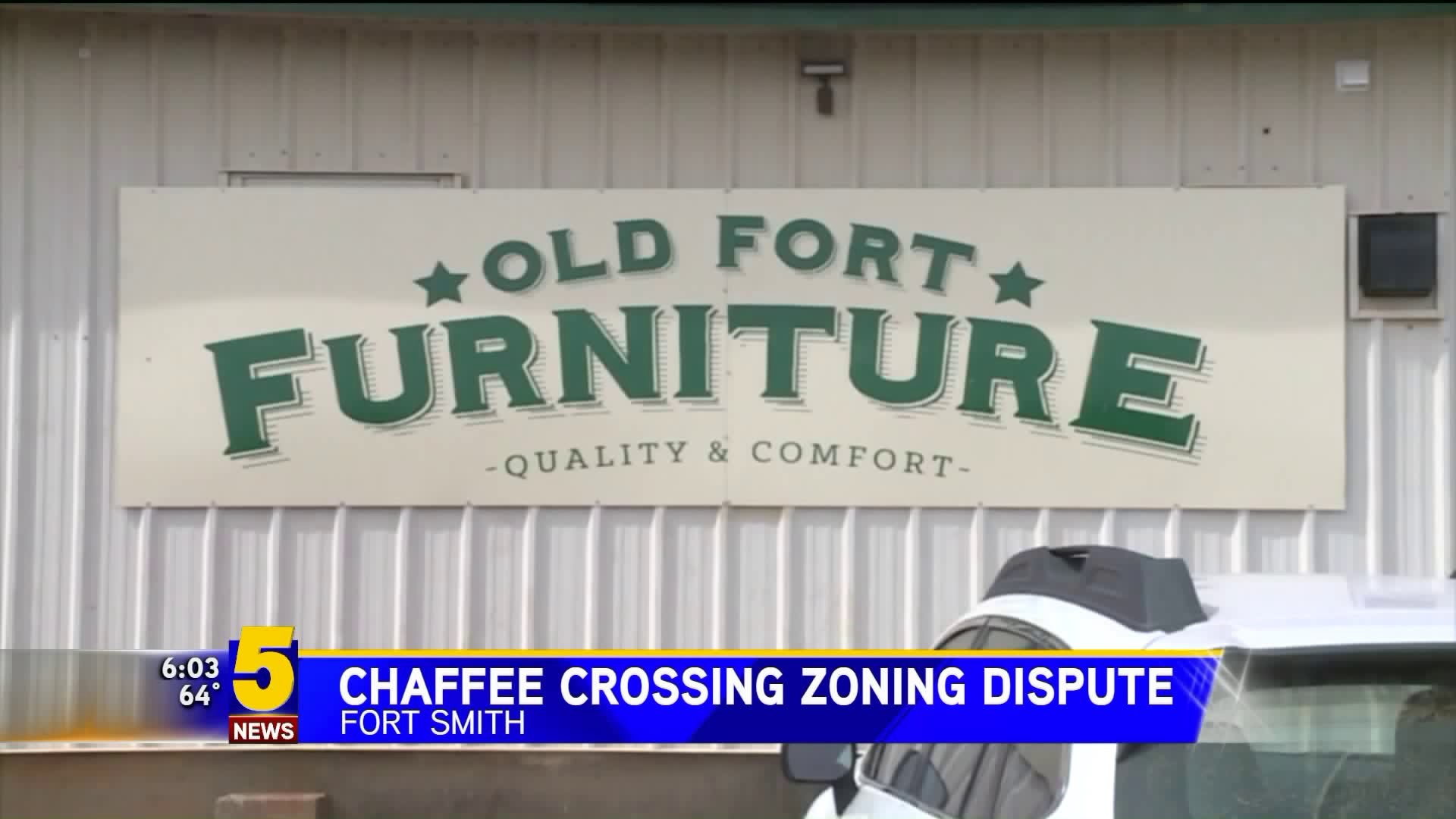 SEBASTIAN COUNTY (KFSM) — A zoning dispute at Chaffee Crossing has left some business owners upset about a plan to bring new warehouses to the area.

Businesses at Chaffee Crossing will get a chance to voice their concerns after a committee decided to table the decision on whether to rezone an area currently meant for more retail.

The area was the old Chaffee barracks and now is home to several retail businesses, and those businesses want to keep it a walking and shopping area. Some are saying putting warehouses in was not the vision they bought into when choosing Chaffee Crossing to open shop.

Quentin Willard opened Fort Smith Brewing Company almost a year and a half ago. He says he chose Chaffee Crossing because he was told it would be a walking and shopping area. He says if more warehouses go in that it wouldn't be good for him or surrounding businesses.

"Instead of being a walking retail area where there is lots of foot traffic, lots of business, lots of people coming and going. People will just come out here once and a while to our business. So it will be sporadic and small at best...maybe weekends," Willard said.

Don Keesee is on the Fort Chaffee Real Estate Review Committee and said the vision was turning the old barracks into shops and restaurants, but he says there were some businesses already established that were using them as warehouses.

"We at one time talked about making what was called a planned zoning district and outlining all of that, and it actually did not go past Darby Avenue to the south. We never got it done," Keesee said to 5NEWS.

Keesee says they recently had some people buy property in that area wanting to build warehouses.

Rand Decanter who owns Old Fort Furniture says if that happens it will cripple their business because no one wants to drive through an industrial park to go shopping. He says they are less than half a mile from the I-49 project that's underway.

"Within a half a mile of here, you are going to be able to make Zero St. part of this area. There are 23 subdivisions within five miles of my store. We don't need an industrial park right in the middle of a retail business area," Decanter said.

The committee tabled the issues and has agreed to set up a meeting with the businesses that say they will be impacted. The new landowners and the city are hopeful of finding a solution they can all be happy with to take back to the committee.

The meeting should take place sometime within the next few weeks.