BENTONVILLE (KFSM) — Pinwheels that were put in the Benton County Courthouse lawn to raise awareness of child abuse have been ordered off of the courthous... 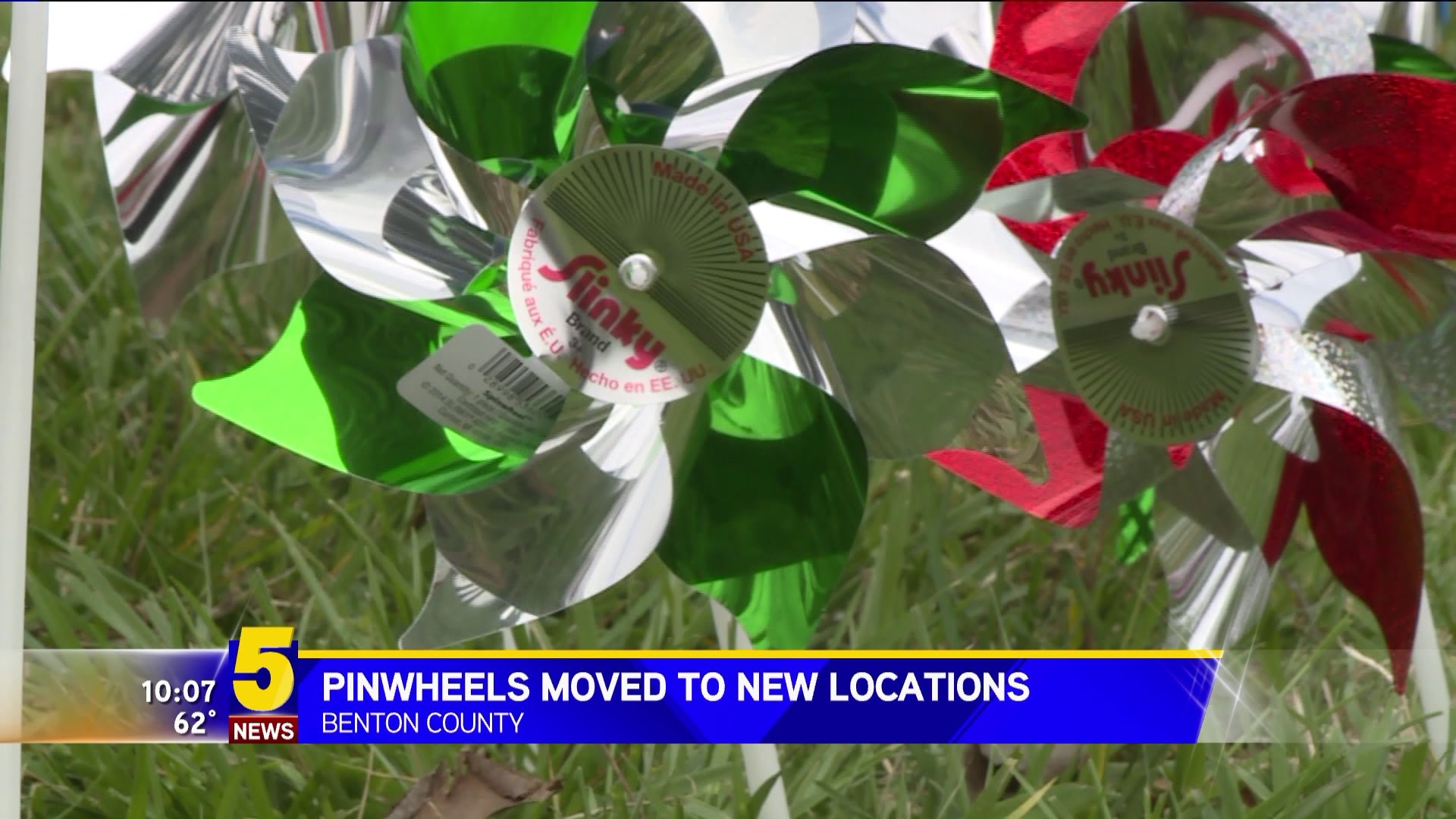 BENTONVILLE (KFSM) -- Pinwheels that were put in the Benton County Courthouse lawn to raise awareness of child abuse have been ordered off of the courthouse lawn, but local businesses have stepped up to offer space to keep the project going.

A judge determined that the 439 pinwheels in the lawn could possibly influence a jury. Each pinwheel represents a child abused in Benton County in 2016.

"We've never had that happen before but it allowed an opportunity to create more awareness about what the pinwheels represent, why they're there and it gave more opportunities for more businesses to get involved," Natalie Tibbs, executive director of the Children's Advocacy Center of Benton County said.

Tibbs said they were disappointed that they had to be taken down but glad other businesses have stepped up to help.

All 439 pinwheels were placed at seven different locations across Benton County on Friday morning (April 7).

"Since they weren't going to allow them to have them in front of the courthouse anymore, it's are part to be able to do that for them," Crye Leike marketing director Noel Zarate said.

Zarate said she hopes the pinwheels catch the eyes of others.

"Raising awareness for children's abuse is such an important thing because children can't speak for themselves and so they need somebody to represent them, to stand up for them," Zarate said.

The Children's Advocacy Center of Benton County is having a glow run on April 21st. To find out more information on the event, click here.