Pickleball Agreement Approved By Fort Smith City Board Of Directors

FORT SMITH (KFSM) — Fort Smith is one step closer to getting new pickleball courts. The Fort Smith City Board of Directors voted on a memorandum of understandin... 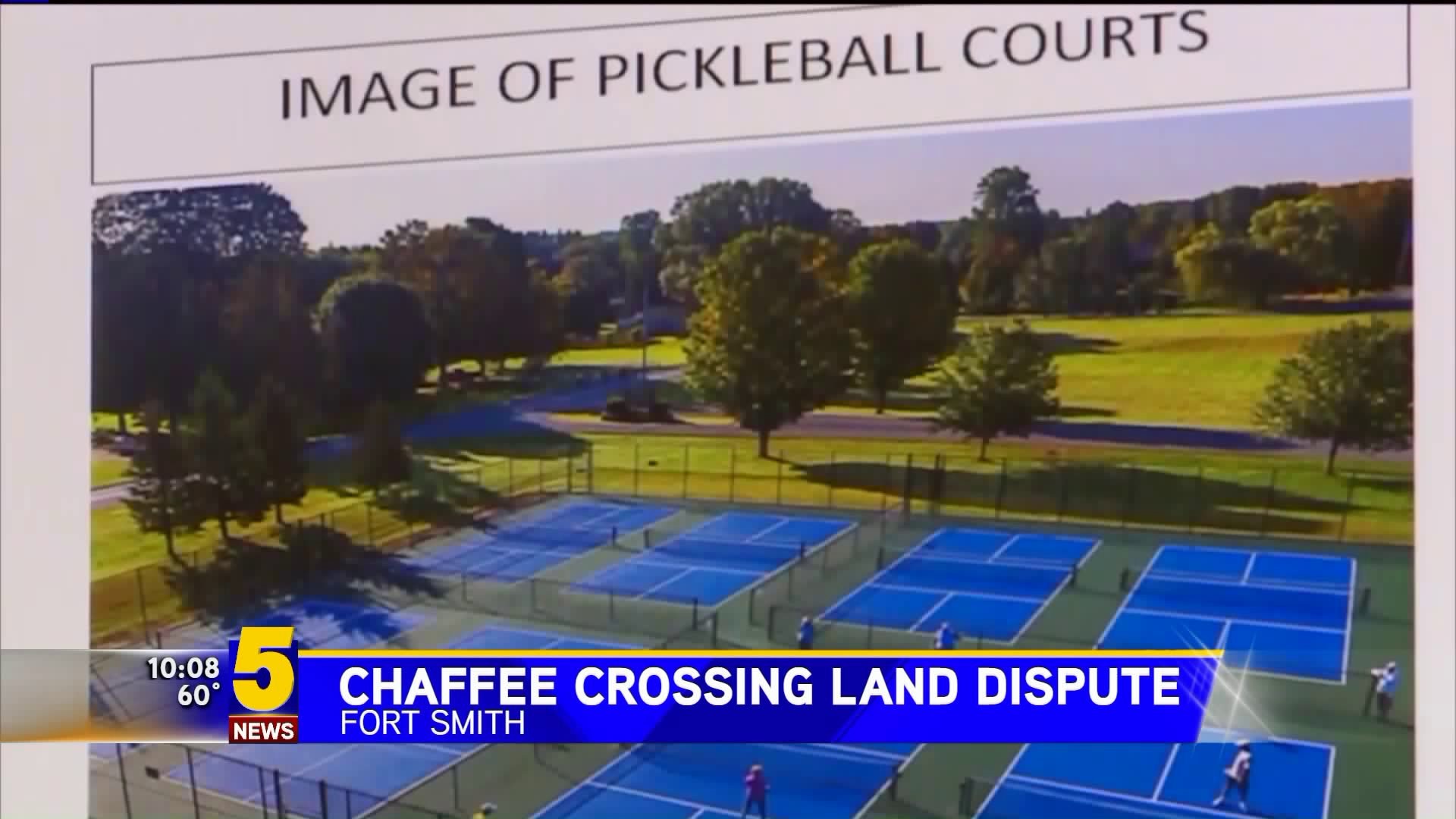 The Fort Smith City Board of Directors voted on a memorandum of understanding with the Fort Chaffee Redevelopment Authority to resurface and improve some existing tennis courts.

Four directors voted for the measure, one voted against and one abstained.

The vote comes a week after a local church voiced its desire to the board to purchase that same land.

Pastor Christopher Reif gave a passionate plea to the board against the agreement, but ultimately things didn’t go in his favor.

"In hindsight, I think it went really well, and I mean, walking into it, yes I wanted it to go one way. I believe we were given every fair opportunity in there to voice our opinions, and I think the city voted exactly how they should have," Reif said.

They also believe the church has enough room to expand.

"There’s enough room between that archway and their church that they could build another church the same size and still have space," said Debra Thomas with the Western Arkansas Pickleball Association.

"With what the FCRA is proposing for the pickleball courts and the parking lots we just won’t have the ability to expand our church on that side, and right now we feel the FCRA doesn’t want us there, that’s fine," Reif said.

Fort Smith Board of Director Neal Martin was the member that voted against the proposal.

"There are good people on both sides, and this has nothing to do with being anti-pickleball. I think they’ll be able to come to a conclusion and make it right," Martin said.

Pastor Reif has told his congregation that although they may see this as a setback, right now, it is time for them to follow the Lord.

Once that’s done, the city will purchase the property for $64,000 with money set aside for senior activities in the city's general fund.

No word yet on when construction on the new pickleball courts will begin.

Pickleball is a growing sport that combines elements of badminton, tennis and table tennis. Players use paddles to hit a ball similar to a Wiffle Ball over a net.