PICHER, Okla. (KFSM) — The town of Picher, Oklahoma may be the biggest environmental disaster you’ve never heard of. The town, which is just an hour... 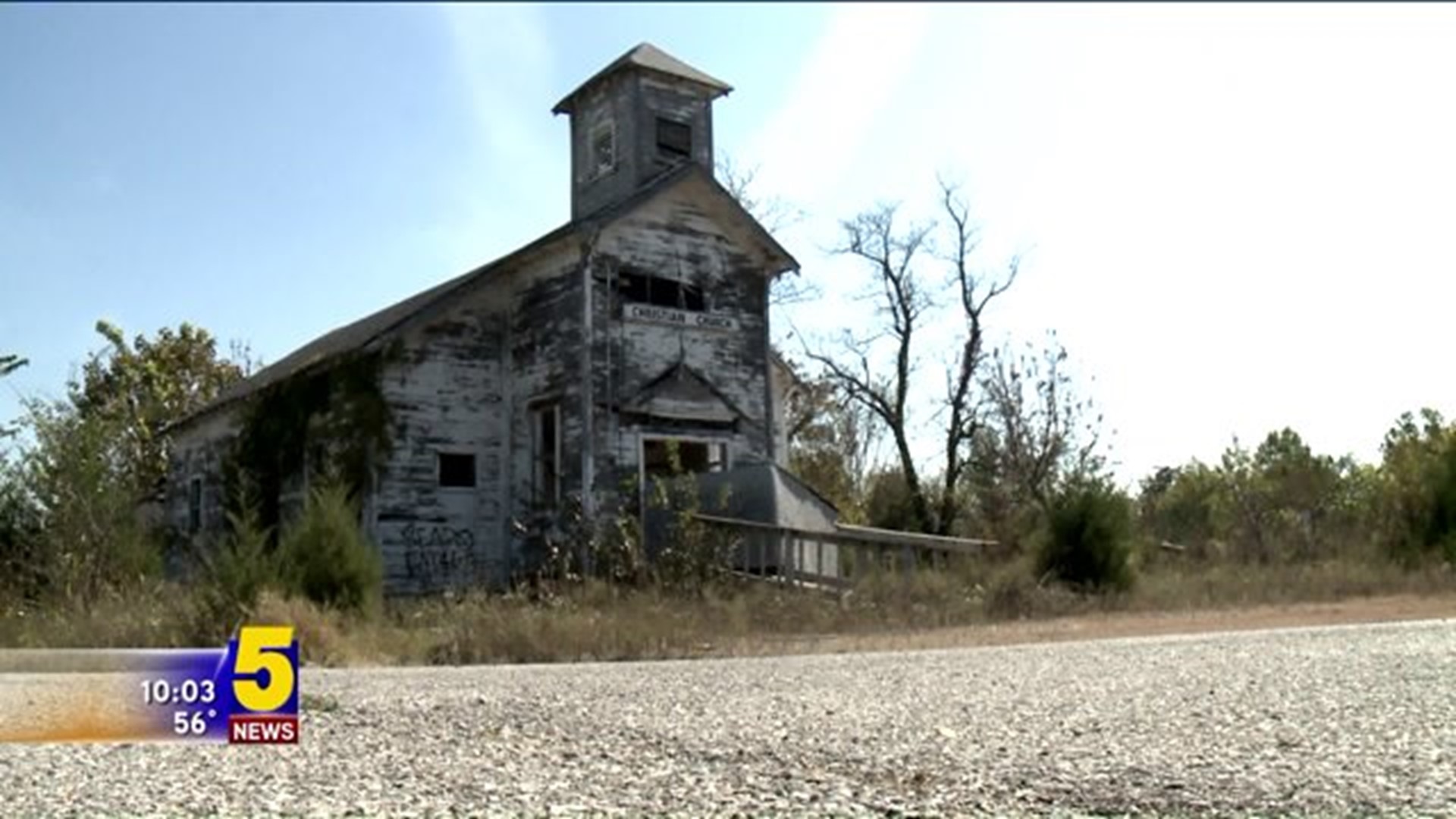 PICHER, Okla. (KFSM) -- The town of Picher, Oklahoma may be the biggest environmental disaster you've never heard of.

The town, which is just an hour away from Walmart's Home Office in Bentonville, Arkansas, has been declared one of the most toxic cities in America, but that's not stopping a handful of people from trying to keep the memory of the town alive.

John Clarke is one of them. He grew up in Picher and like most people who lived there, his parents relocated for work in the 1930s.

Picher was a boom town around the time of World War I. That's because half of the bullets fired during the war originated from lead mined in Picher and eventually the town became one of the largest exporters of lead and zinc in the world. After the bombing of Pearl Harbor during World War II, patriotism surged and so did the metal mines in Picher.

"This area actually produced the lion's share of the lead that was used in World War II," Clarke said.

The byproduct of extracting the lead is a chalky, white grit called mine tailings or chat and as Picher's population swelled, so did the piles of chat, some as high as 150 feet tall and four football fields wide.

When metal mining stopped in the 1970s, the Environmental Protection Agency declared Picher a superfund site. It's a name given to areas so polluted they're placed on the national priority list for clean up.

Clarke, like many Picher residents, didn't seem to mind the chat and was unaware of its hazards.

Many of the 14,000 residents used the chat to fill their driveways, some even used it in their children's sandboxes. The creeks in Picher that are still colored red from cadmium and arsenic contamination were once swimming holes and what many thought was sunburn was actually a chemical burn.

Most, if not all, the residents were unaware of the poisoning taking place, but that all changed in the mid-1990s when a school counselor learned of a link between lead and learning disabilities.

The entire school in Picher sits in the middle of the toxic waste dump and most were unaware that of the students tested, 46% had unsafe levels of lead in their blood; that's 11 times greater than the state average.

Lead accumulates in the body over time through a process called bio-accumulation. It can't be removed and the effects it has on the body can last a lifetime.

It wasn't until 2005 that the government approved a buyout to relocate just 52 of the residents. Three years later, nature finished the job. In 2008, an EF-4 tornado with winds of 175 miles per hour cut a path through town. Of the 114 homes destroyed during that storm, none were rebuilt. A year later, the police department was disbanded, the school district closed and the population shriveled from a high of 14,000 to the three known residents who live in Picher today.

So what's left of the town that was enlisted to win the war, but lost its own battle for survival?

The chat piles are now surrounded with barbed wire and government signs warning against trespassing. What's left of the school still sits in the shadow of the giant mounds of chat. The hallways are empty, the windows are broken and the doors are boarded shut. The football field is eerily silent and around the corner the streets are empty. The power lines are still there, but the homes they connected to no longer exist.

Like the school, the Christian church on the corner is another reminder of what ones was. The house that so many used for worship is now littered with broken glass and an indie film company recently used the location to shoot pornography.

Picher's residents are now mostly wildlife, but it's a dangerous place even for animals. Earlier in 2015, more than 1,000 migratory birds were found dead across Picher of suspected zinc poisoning.

Whatever was left of the town, looters have raided and the people that lived there are now just a memory, but it's a memory Clarke is holding on to. When Picher City Hall was slated for demolition, he stepped in. As County Commissioner and head of the Road Department, Clarke lobbied to keep City Hall for his road crews and to preserve at least a small part of the town's history. After all, the only approved use for the chat left behind from the mining hayday is mixing it with asphalt to pave roads.

The government agreed and today Clarke has turned the former City Hall into a makeshift museum that's made up of photos he's found at estate sales and others that were given to him by former Picher residents.

"It's important for me to try and remember a lot of things associated with how this town developed," Clarke said.

Although, even Clarke admits the drive into work in one of the most toxic places in America still takes its toll.

"It's a little depressing every morning when I come into work," he said.