FORT SMITH (KFSM) — A new pet licensing proposal has been crafted in hopes it will give Fort Smith residents an incentive to spay or neuter their pets to help c... 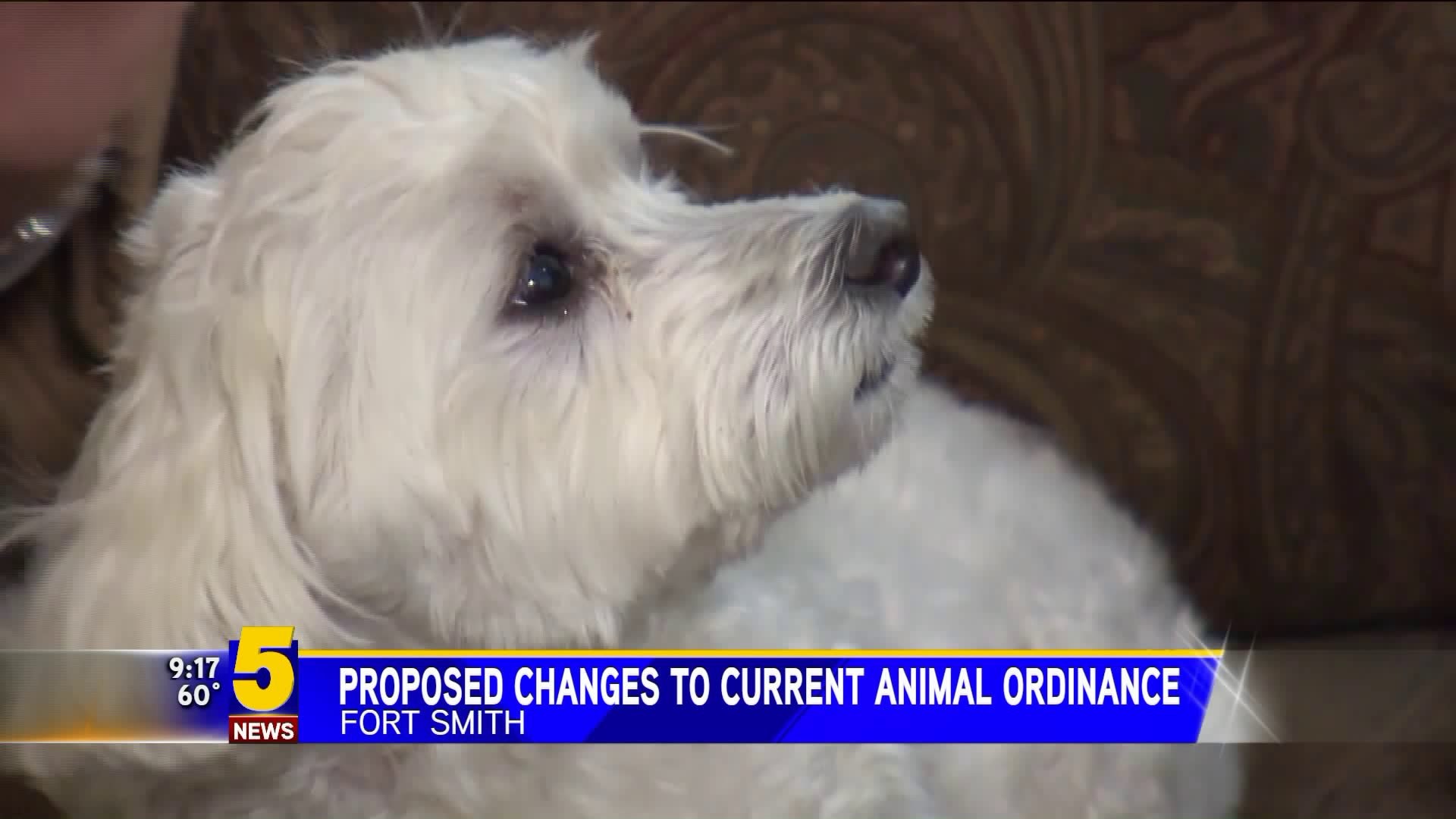 FORT SMITH (KFSM) — A new pet licensing proposal has been crafted in hopes it will give Fort Smith residents an incentive to spay or neuter their pets to help combat pet overpopulation in the city.

The Animal Services Advisory Board (ASAB) says Fort Smith has too many animals and not enough homes. They claim one unaltered female dog, and her offspring can produce 67,000 in only six years. Records of shelter intake stats over the last decade show the city of Fort Smith pet overpopulation crisis continues to grow out of control. The ASAB says every year the city spends approximately $500,000 of taxpayers' dollars to collect, house and handle surplus pets.

The proposal calls for two licensing programs. A pet license "B" would be required for all altered dogs in the city. It would be free but calls for dogs to be microchipped and microchip information to be up-to-date.

Pet License "A" would be a for a pet that isn't spayed/neutered and serve as a business license to breed. It would cost $125 a year. The high cost of the license was set as a deterrent to not spaying or neutering a pet.

The ASAB says 20 percent of the collected funds would go towards an Animal Population Trust Fund. The fund would be used to offer spay/neuter vouchers to low-income families in the city to be used for low-cost spay/neuter services at any veterinarian office participating.

"Ideally no one would pay for a license, everyone would have their pets spayed or neutered and microchipped. This is not about raising revenue for the city, it's about encouraging people to be responsible pet owners," Storm Nolan from HOPE Humane Society told 5NEWS.

The ASAB calls the differential pet licensing program as the best, most humane and effective way to decrease pet overpopulation in Fort Smith.  Nolan says the proposal should go before the Fort Smith Board of Directors on Tuesday, April 2.

Read more about the proposal here by scrolling down to page 47.