People Flock To The 2017 World Champion Squirrel Cook Off

BENTONVILLE (KFSM) — Self-proclaimed chefs from all over the country gathered at the 8th Street Market in  Bentonville for the 6th annual World Champion S... 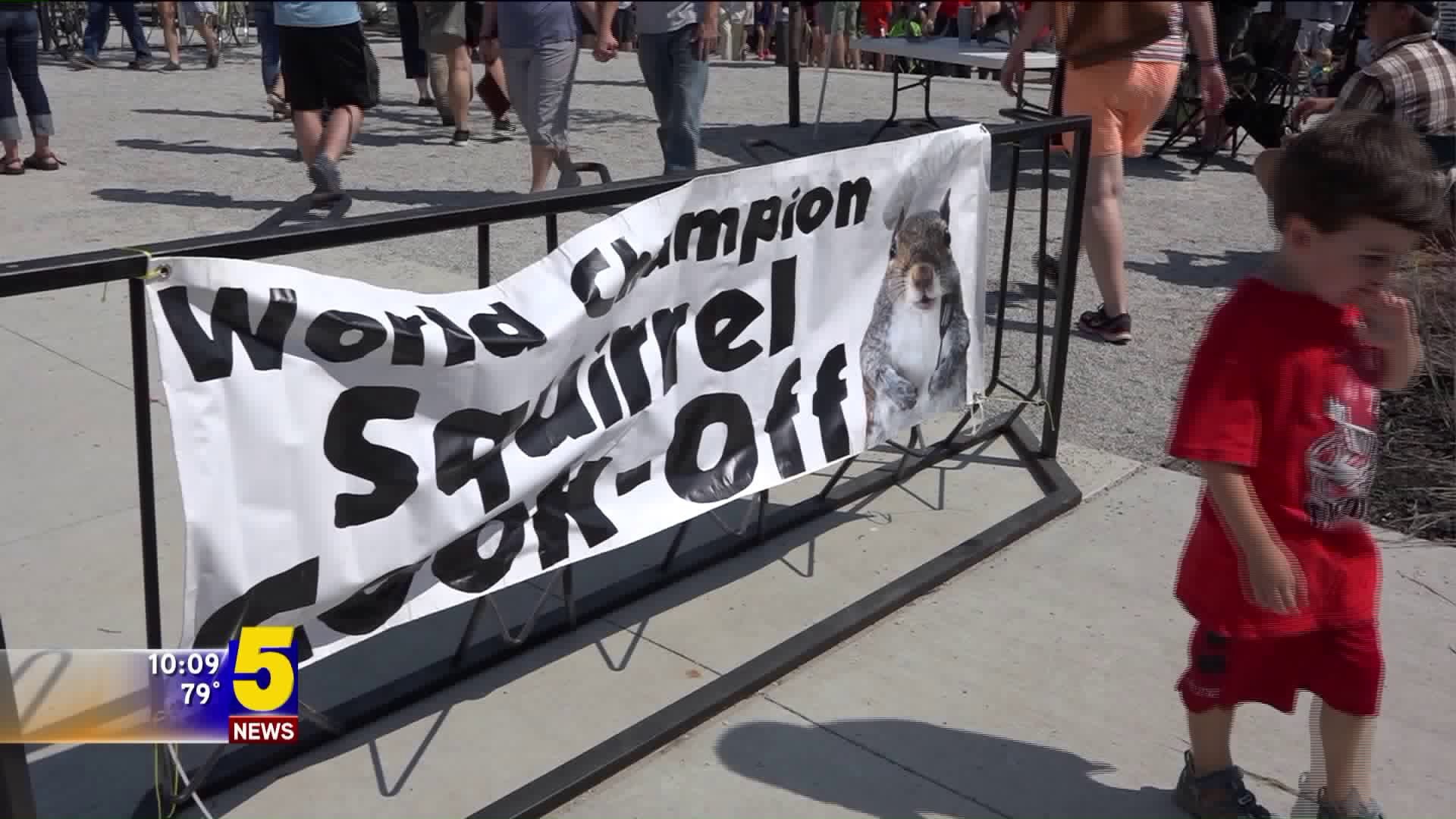 BENTONVILLE (KFSM) -- Self-proclaimed chefs from all over the country gathered at the 8th Street Market in  Bentonville for the 6th annual World Champion Squirrel Cook Off.

While some are there to observe, others brought their appetite, "I kind of do love squirrel in somethings like a gumbo," said one bystander.

Whether you prefer your squirrel deep friend, in salad,  or wrapped in a tortilla, Jimmy Garrison thinks it all tastes the same.

"Literally, as people would say it taste like chicken," said Garrison. Even though he's tried the southern delicacy dozens of times before,  he was still a little squirrelly at his first cook off.

"It's kind of odd thinking that squirrel would taste good because it has astigmatism of being not that clean, I guess you could say," said Garrison.

Tables featuring the uniquely crafted squirrel dishes were swarmed with people, which came as a shock to Erin Rowe. "Whenever I came it was on the Bentonville Square; there were a lot of people, but it wasn't like this year. This year it's an explosion [of people]," said Rowe.

With the size of the cook off increasing every year the "Okie Squirrel Busters" from Norman, Oklahoma,  hope their creativity will help them strike gold again this year. "Well, I can't give away too much, but I know this year they've enacted a whole bunch of science," said team member Justin Blankenship.

One competitor traveled from Bourne, Massachusetts to try his hand in the cook off,  "So, I know nothing about cooking squirrels, I know how to cook and I know how to eat obviously and it's just another protein, it's just food," said Bill Donovan.

If you're interested in throwing your hat or squirrel in the pot you'll have to wait until next year for a shot to win the grand prize of $1,000.