BENTONVILLE (KFSM) — A Pennsylvania man is accused of posting a Bentonville woman’s sexual recordings online after they broke up. Andrew Jeffrey Yob... 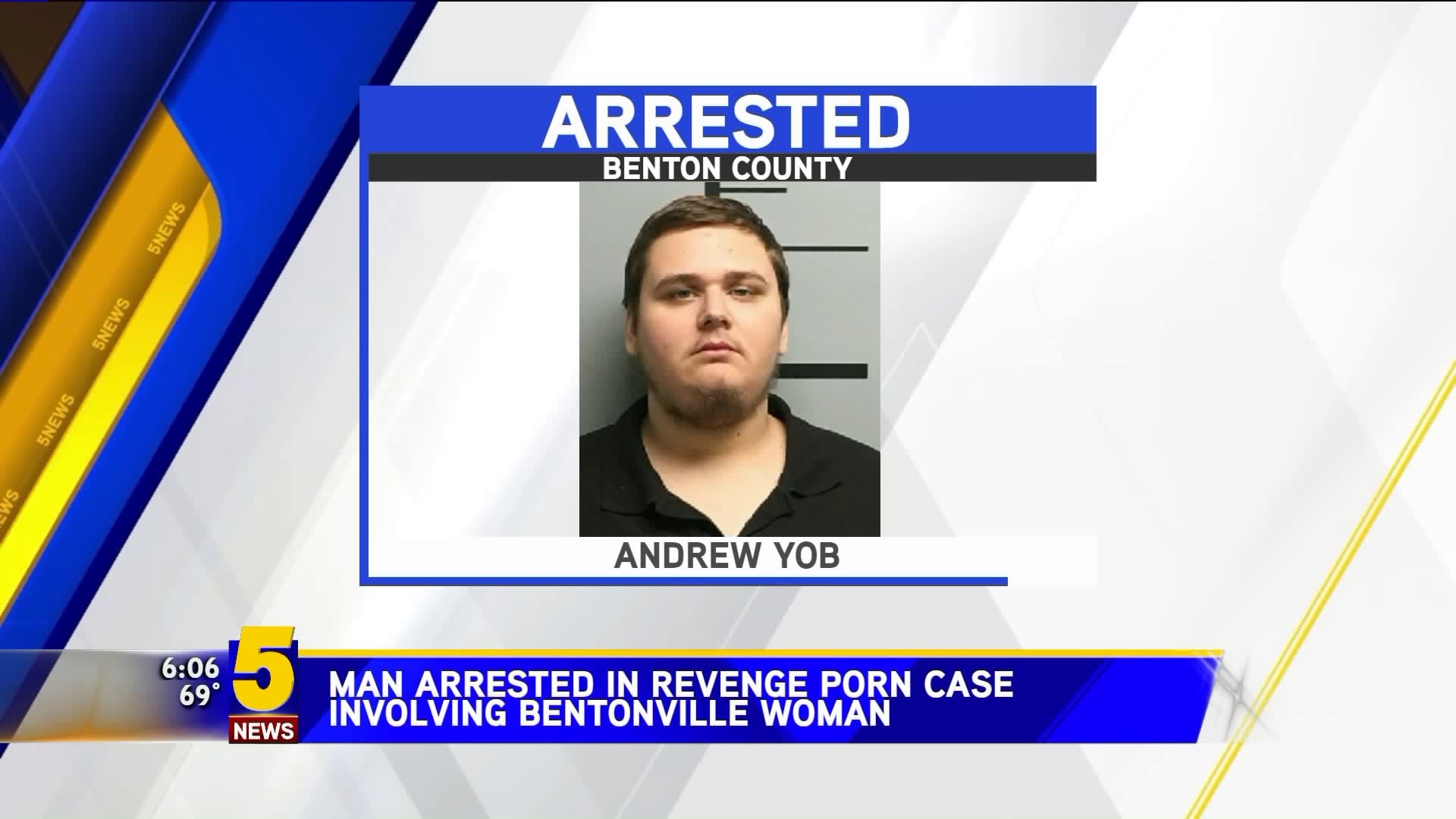 BENTONVILLE (KFSM) -- A Pennsylvania man is accused of posting a Bentonville woman's sexual recordings online after they broke up.

Andrew Jeffrey Yob, 25, of Northampton, Pa., was arrested in connection with sexual extortion and unlawfully distributing a sexual recording.

The woman said she met Yob through a mutual friend and began communicating with him online in December 2017, according to a probable cause affidavit.

She said they often video chatted and she would perform for him on occasion. She said he was very manipulative and jealous, asking to be on her video chat in the background just to "make sure she wasn't talking with anyone else," according to the affidavit.

The woman said she didn't know Yob was recording her and learned about the videos in early 2018 when they broke up. Yob threatened to release the videos to her friends and family if she was "mean to him or stopped talking to him."

The woman called Bentonville police in July 2018 when she discovered a recording of her had been uploaded to a pornographic video sharing site. She said she had several new social media requests because Yob had tagged her accounts in the video's description, according to the affidavit.

"Cross me again, I'll make sure things get around to your close friend's group," Yob said in a message to the woman after the video was posted.

"You got anything to say now?"

Police subpoenaed the website, which revealed an internet protocol address that they traced to Yob's address in Northampton.

In Arkansas, sexual extortion is a Class B felony and punishable by up to 20 years in prison and a maximum fine of $15,000