FAYETTEVILLE, Ark. (KFSM) — The daughter of a man who was hit by a car while crossing Wedington Drive in Fayetteville is speaking out about the incident. Willia... 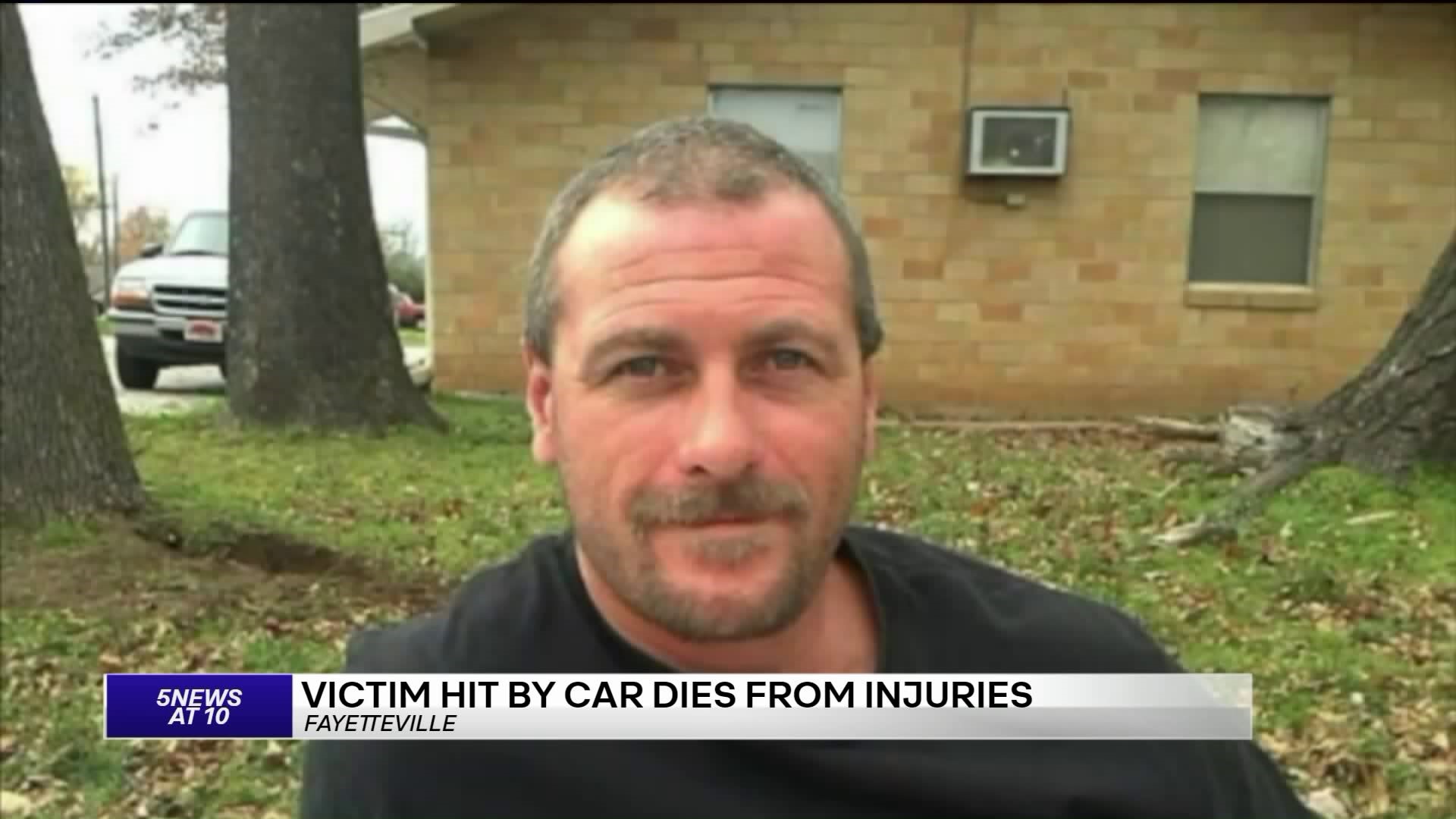 FAYETTEVILLE, Ark. (KFSM) — The daughter of a man who was hit by a car while crossing Wedington Drive in Fayetteville is speaking out about the incident.

William Phelps died Friday (Aug. 30) from his injuries after being hit by a car on August 21.

Police say that William was walking on Wedington Drive in Fayetteville when a driver offered him a ride. Moments later, Phelps stepped into the road to accept that ride and was hit by an oncoming vehicle.

Initially, Kyla Phelps and her family received a call that her father, William, was in an accident and sustained non-life-threatening injuries. Once they arrived at the hospital though, things took a turn for the worst.

"It's just insane that he is not here and he won't be here for the rest of my life," Kyla said.

Kyla says William had to be placed in the ICU for almost two weeks, but his health kept declining.

"We find out that he eventually became brain dead so we had to let him go," she said.

Kyla says her father had to be medically sedated during his stay in the hospital due to the severity of his condition. She says not hearing his voice was heartbreaking.

"We never got to see how he was feeling we never talked to him, couldn’t say goodbye," she said.

Kyla says her father enjoyed walking everywhere he went, so hearing the news that day was completely unexpected.

"I was honestly so shocked that that would be a reason for him to be in the hospital because he is usually very careful," Kyla said.

Sergeant Anthony Murphy with the Fayetteville Police Department says on busy roads like Wedington, you have to be extremely cautious.

"Sometimes it's hard to gauge just how fast a car is moving compared to how fast you can move across the road," Murphy said.

Murphy says the department has seen several accidents like this one recently.

"Recently we have had a couple of these happen and every time it is tragic, you know our hearts go out to everyone involved in this accident," Murphy said.

Kyla says her father was a kind, caring man. Since his death, she says she's leaned on her fiance and brother for support.

"I see my dad every time I see him… so he has been my rock," she said.

Kyla says even though she didn't get to say goodbye, she clings to the last conversation she had with her dad and says she will remember it for the rest of her life.

"The last time I spoke to him... he was really proud of me," she said through tears.

Kyla says she hopes her father's death can serve as a warning for drivers and pedestrians to be more cautious and aware on busy roads.

A GoFundMe has been set up to help the family with funeral costs and financial aid at this time.