PEA RIDGE, Ark. (KFSM) — With a few schools in Northwest Arkansas seeing an increase in sickness among students and teachers, some are now debating whether to c... 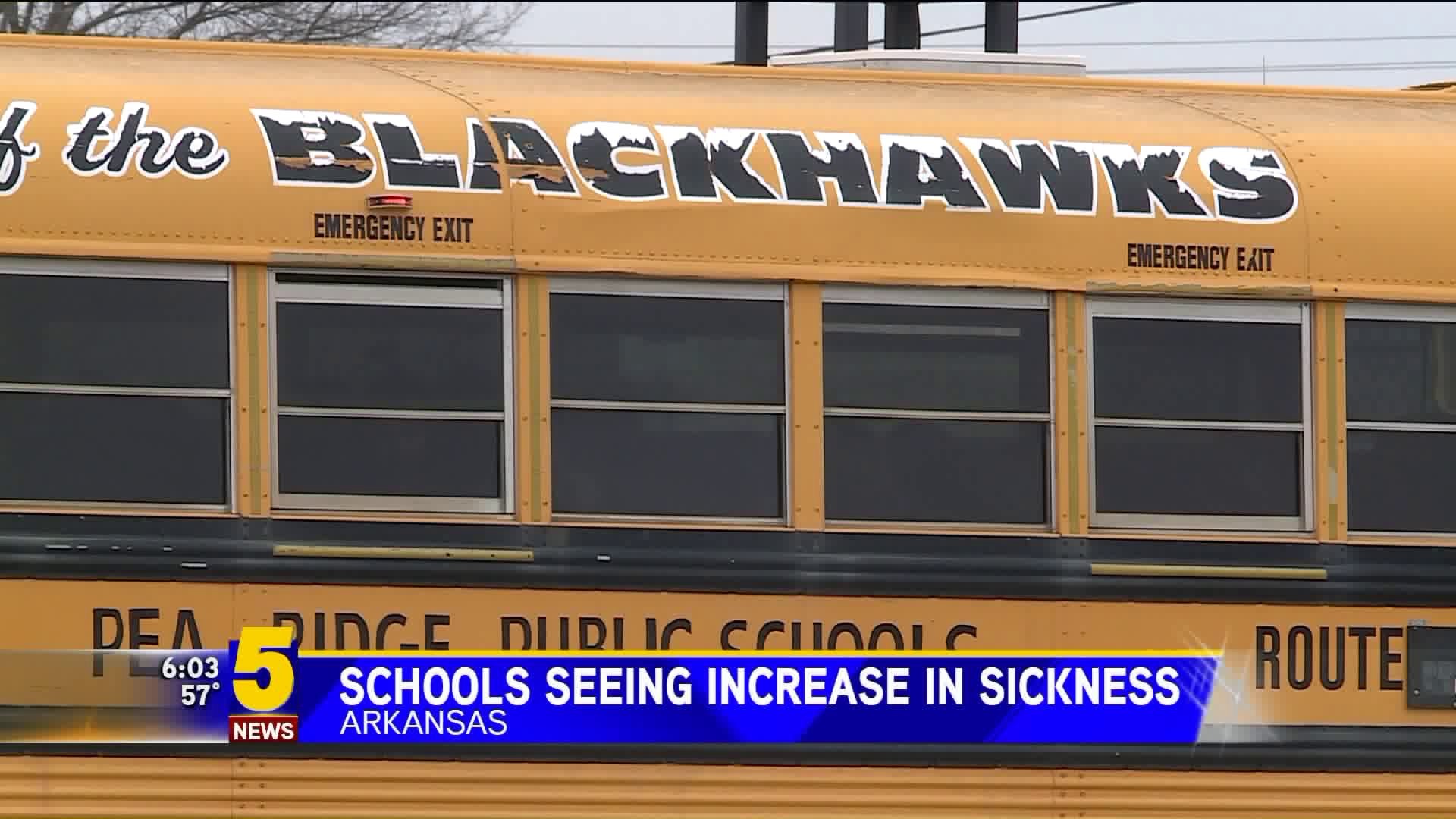 PEA RIDGE, Ark. (KFSM) — With a few schools in Northwest Arkansas seeing an increase in sickness among students and teachers, some are now debating whether to cancel classes so everyone has a chance to get healthy again.

Pea Ridge School District posted on its Facebook page today that over the past two days nearly 20 percent of the student body has been absent due to sickness.

The Arkansas Department of Education recommends closing doors at 25 to 30 percent absentees due to sickness. Some parents say it's not worth waiting until the numbers get that high.

One Pea Ridge mother, Jennifer Ivy, decided to take matters into her own hands by creating a poll on Facebook asking the question, "Do you think we should close the schools due to the high number of flu cases?"

As of right now, 80 voted to close the schools while 20 voted to keep them open.

Nicole Marheineke is a mother of three, one only six-weeks-old, is taking extra precaution to make sure everyone stays healthy at her houshold.

"It's scary to think that many children are sick. It's just being spread throughout all the schools," Marheineke said. "My daughter she's in second grade so I have to worry about her so we frequently wash hands with a newborn at home one of the doctors said the best thing we can do is change their shirts when they get home and just constantly wash our hands."

Pea Ridge Superintendent Rick Neil says they have no plans on closing right now, but they will reevaluate tomorrow if the numbers continue to spike.

"I personally don't think we should wait. We have two days left this week and with the numbers still rising," Ivy said. "We've got Monday off so that would give us five days to get some time in there to get it under control as much as possible anyway."

Bentonville School Districts are also seeing some high numbers at Elm Tree Elementary School. The district says 18 percent of students are out today, but that number has been as high as 20 percent.