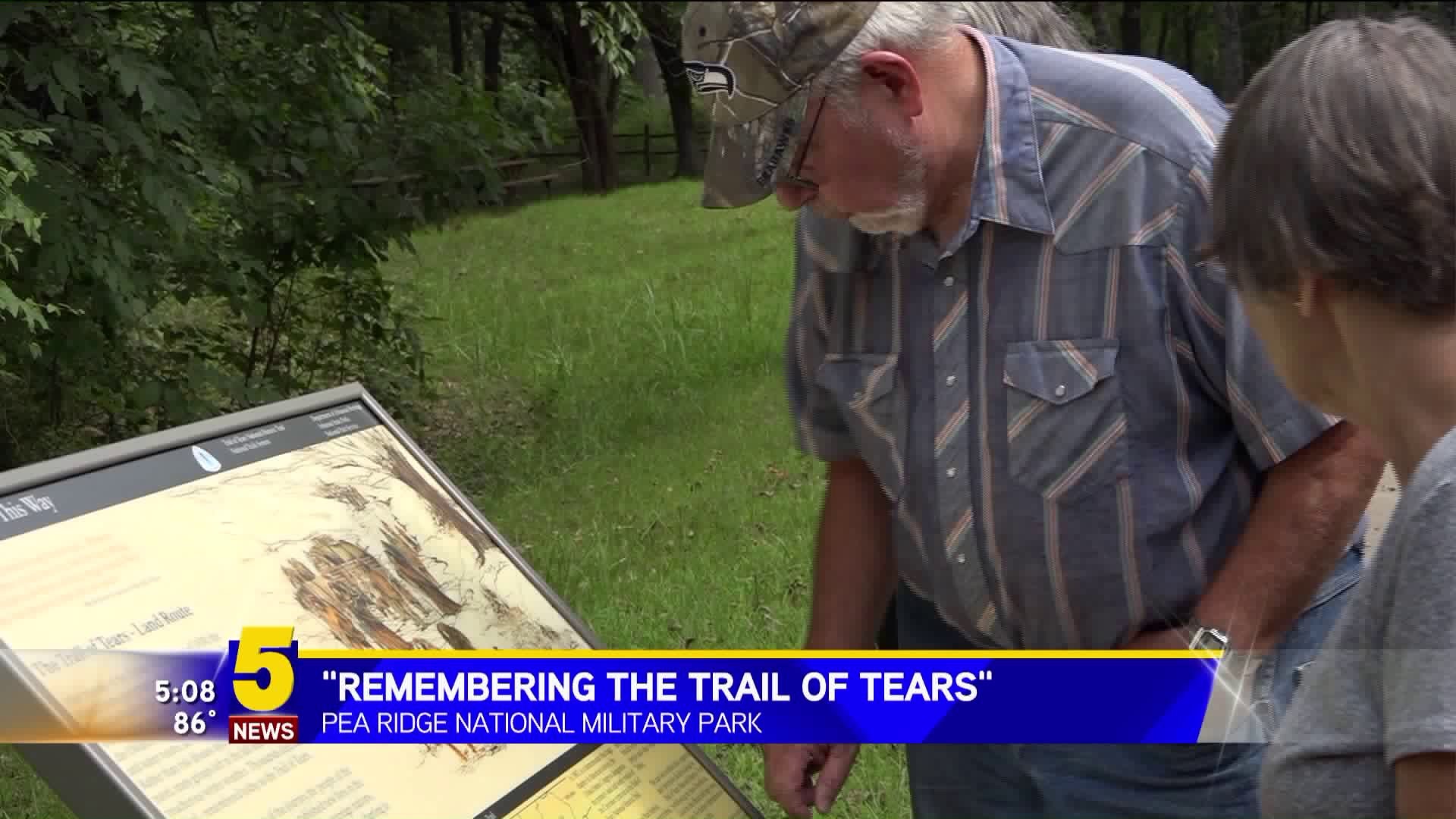 PEA RIDGE (KFSM) -- For the first time in almost twenty-five years Pea Ridge National Military Park hosts a "Trail of Tears" educational tribute for the public. The entire auditorium was filled with people eager to learn more about the historic trail.

The details behind the historic trail are often overlooked or forgotten said Jerry Abrams, "I didn't think much about it, I read about it in the eighth grade and in history books, but it didn't really impact me like it did today."

Abrams left the tribute enlightened with new information and thoughts on the Indian Removal Act of 1830.

"I was affected emotionally just from the terrible conditions that the people had to move under and the reason they had to move. They were just forced out," Abrams said.

Following the tribute, park guides encouraged people to come out year-round to walk the trail of the  Cherokee Indians to get a closer feeling of what it was like.

"The only way to experience what people experienced is to place yourself in their shoes and that really is the only way you can come anywhere close even if it s just a little but close," said park guide Ken Lockhart.

Lockhart believes studying the tragedies of our countries past will keep us from making the same mistakes moving forward.

"Things can happen to groups who are not kind and they're not what, in retrospect, we would want to do or how we would  handle situations," said Lockhart.

In Arkansas alone there are 31 cities that were traveled by the five major Indian tribes during the removal.