Pastor In NWA Shares How His Military Service Restored His Faith

FAYETTEVILLE (KFSM) — Adam Raison, who served over 10 years in the Army, says he did not have a lot of faith before serving. But, his experience overseas ... 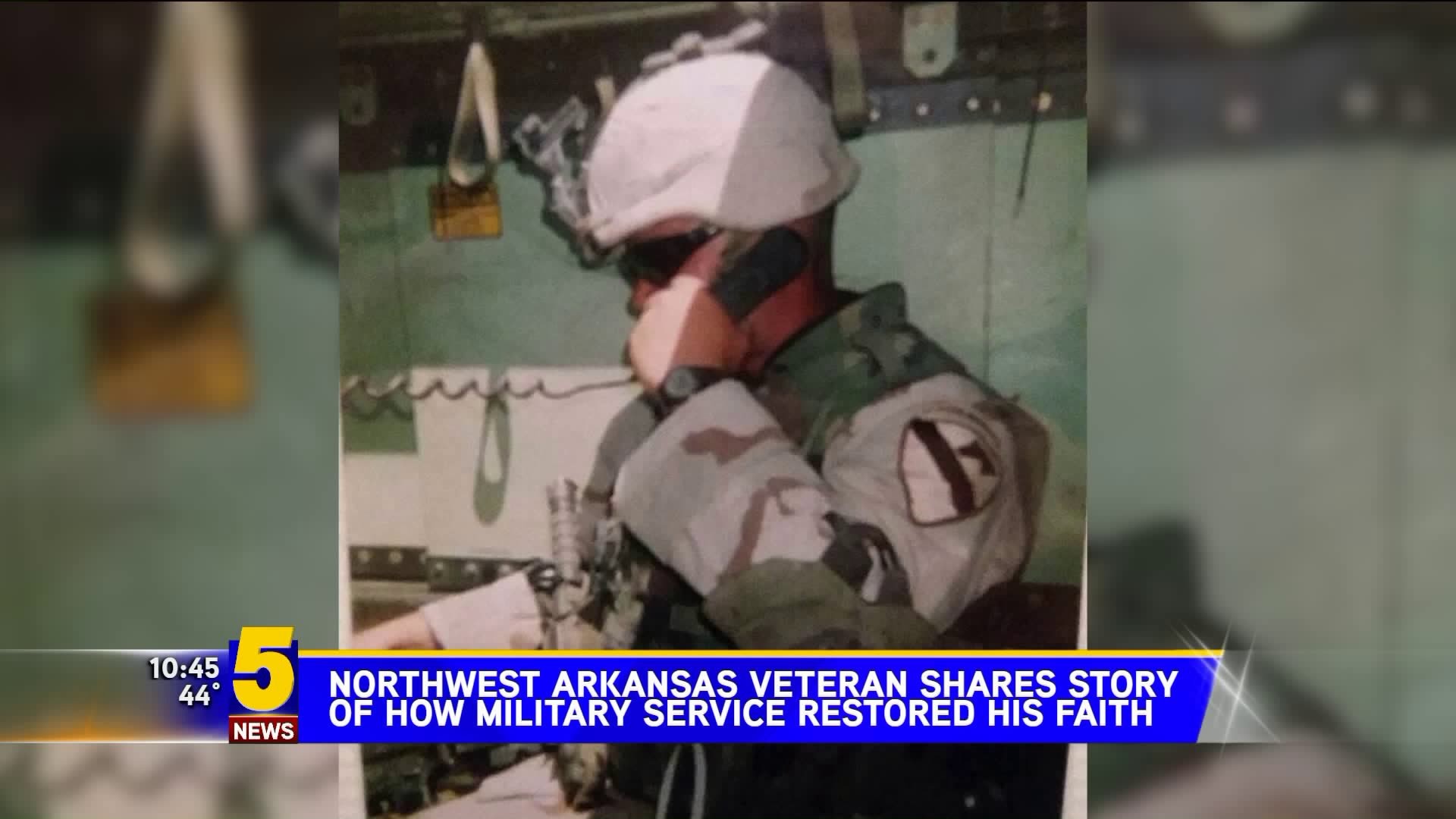 FAYETTEVILLE (KFSM) -- Adam Raison, who served over 10 years in the Army, says he did not have a lot of faith before serving. But, his experience overseas changed that.

"It was a time out there where my soldiers were involved in an IED explosion. I woke up after the smoke and the fire and started calling out to see where they were, and immediately out of fear I started praying to a god I didn't know. I said 'God if you can get me back to my wife and kids I will serve you all the days of my life,'" Adam Raison told 5NEWS.

After Raison returned home, he decided to do just that.

After being involved at his church in Fort Hood, Texas, Raison was asked to become the new pastor at The Door Christian Church in Fayetteville. Filled with emotions, Raison said yes to the job.

"I started crying. I was like oh my gosh me? I'm crazy. He said you are the right guy for the job you have a heart for people."

One man who attends The Door Christian Church told 5NEWS he attends Pastor Raison's sermon every Sunday, and that he found him during the worst time of his life.

After three years of being a pastor in Fayetteville Raison says this is his calling and he could not be happier to be preaching and helping the people of northwest Arkansas.